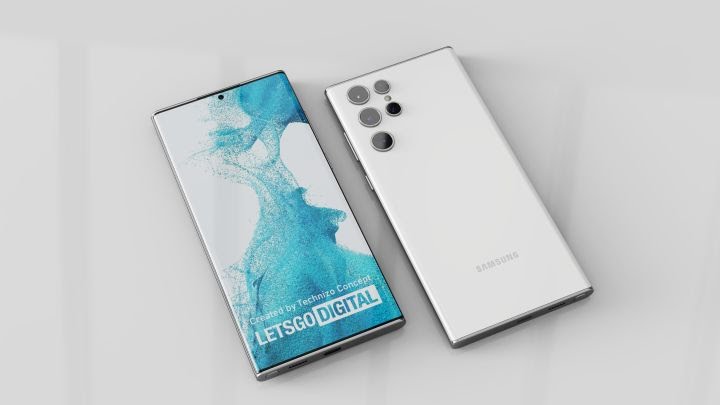 It is the turn of a new year and as expected, smartphone brands (Samsung, iPhone, Tecno, Infinix, iTel, OPPO, etc.) will be competing toe-to-toe with the release of new iterations of the different smartphone lineups they have.

For some smartphone brands like Samsung, the rumors, predictions, and speculations have started flying around. We hear that the Samsung Galaxy S22 series (expected to be the Galaxy S22, S22+, and S22 Ultra) could be launched as soon as February this year. And there are a couple of interesting updates that are rumored to be introduced to the Galaxy S22.

Also, there are suggestions (with real-life images as proof) that the Galaxy S22 will be coming with a more Note-like design that has square edges, a curved screen, and a built-in S Pen – possibly getting a lot of the DNA from the no-so popular Galaxy Note line. On the back of this device, it looks like we will be getting five cameras in a P-shaped array, split into two modules; the first holds three camera lens cameras, while the smaller pill-shaped module houses two cameras.

Furthermore, this series is rumored to charge at 45 Watt Fast Charging, with wireless charging and reverse wireless charging. We also hear it is coming with 1TB internal storage space – enough storage to shoot 8K videos that are rumored to also be a feature.

One thing these sources all have in common is that the Samsung Galaxy S22 series is coming in a Note-like design – or at least, the Galaxy S22 Ultra model. And if that turns out to be true, we are almost, certainly, going to see the S Pen on the Galaxy S22.

If you don’t particularly like the Samsung Galaxy NOTE smartphone and its S Pen, you’ll just have to settle for other Samsung smartphones in the market.