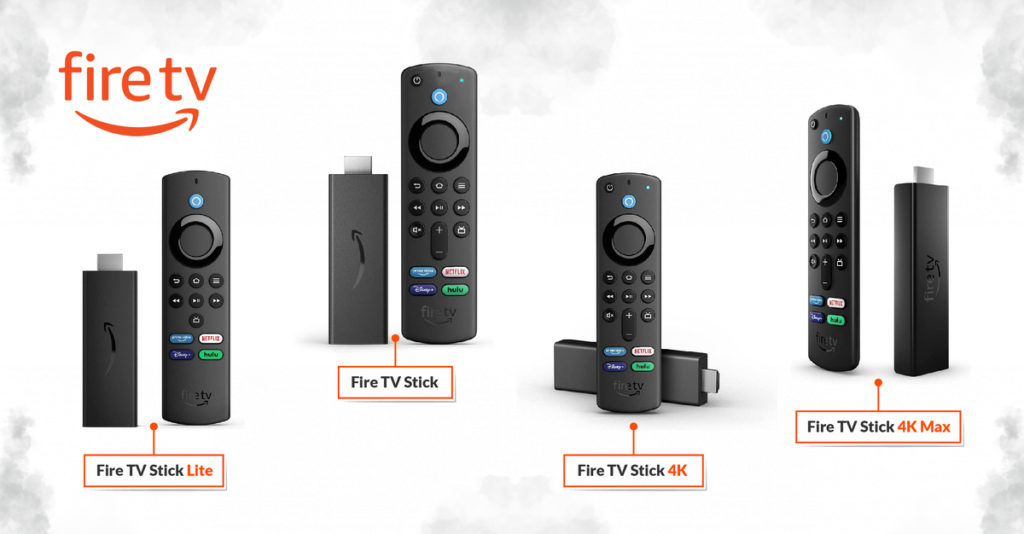 Amazon’s Fire Stick streaming devices are some of the most popular options for cord-cutters out there. For as low as just $30, you can easily transform your ordinary Flat screen TV into an internet content streaming hub. These devices could save you a hefty amount of money you would otherwise have spent on a new Smart TV.

The Fire TV platform is as robust as its competitors like Roku, Apple TV and Google TV. Most popular streaming services are already supported including Netflix, Prime video, Youtube, Disney+, HBO Max, Hulu, Philo, Paramount+, Peacoock among others. Amazon tends to promote its own streaming services that is the free Ad-sponsored IMDB TV, Amazon Music and subscription based Prime Video at the expense of the competition.

With these tactics, you could say Amazon has a conflict of interest here. But if you’re already invested in the Amazon ecosystem specifically are an Amazon prime member, you could care less. You also get to enjoy Live TV through a number of Apps including Philo, Starz, Sling, Youtube TV among others. With built-in Alexa smart voice assistant support, you can check the weather, dim the lights, view live camera feeds on your TV, stream music and more.

I own a number of streaming devices by virtue of my job. From Amazon, I have the Fire TV Stick Lite plugged in at the back my Roku TCL Smart TV. I default to using Roku for the most part, but I find myself using the Fire TV Stick once in a while. Both Amazon’s IMDB TV and Prime Video are available on Roku TV. But the reason I switched to the Fire TV Stick is to use the Silk browser to access streaming services that don’t have native Apps on both Roku and Fire TV platforms. Through the browser, you simply enter the website name or URL of the service and you can stream it the way you do on your laptop. Another reason is Fire TV supports VPN apps unlike Roku. For instance, I can access BBC iPlayer using Express VPN installed directly on the Fire TV Stick quite easily.

With that said, there are number of Fire TV Stick options with varying features and hardware specs. The software and user interface largely remains the same for each device, but it’s the hardware specs and price that differ. The cheaper models lack 4K Ultra HD resolution and HDR support while the top end models support super fast WiFi 6 standard. Generally Fire TV Sticks range from between $30 to as much as $55. However, Amazon routinely slashes the prices to half especially during holiday seasons such as Black Friday. So, always keep tabs on those holiday deals. Amazon Fire TV closely rivals Roku and aggressively prices its streaming devices. The Roku Express, the cheapest Roku is also $30 while the top spec’d models go for as much as $70.

Now the Amazon Fire TV Stick comes in four models; the Fire TV Stick Lite is the base model priced at $30, then second in line is the Fire TV Stick at $40, Fire TV Stick 4K at $50 and Fire TV Stick 4K Max at $55 $39.99. All these devices plug in to any TV, smart or not via the HDMI input. No extra HDMI cable is needed. The Fire TV Cube is also one of Amazon’s streaming media players, but takes on a different square-shape form-factor than the rest of the rectangular-shaped Fire TV Sticks. It’s also the most powerful and consequently most priced going for a whopping $119.

If you want to transform your TV into a “Smart” one or simply wish to test out the Amazon Smart TV platform on budget, then your safest bet is the Fire TV Stick Lite. For just $29, the Fire TV Stick Lite punches above its weight. It’s powered by a 1.7GHz Quad-core processor, 1GB of RAM, 8GB internal storage. It supports 1080p Full HD resolution and HDMI audio passthrough of Dolby-encoded audio. So it doesn’t support 4K Ultra HD/HDR streaming. However, realistically you won’t miss much as your naked eye might find it hard distinguishing between Full HD and 4K resolutions.

The included Alexa Voice Remote Lite remote comes with Netflix, Prime Video, Disney+ and Hulu app buttons, a guide button for channel and program listings to see all your live TV apps. You also get an Alexa button for “push to talk” TV voice control. However, the remote does not have TV controls and can not control power and volume on your TV, soundbar, or receiver like the rest of the other Fire TV Stick remotes.

The Fire TV Stick is an upgrade to the Fire TV Stick Lite. For just $39, you get quite more features with this streaming stick. The major difference between this Fire TV Stick and the Lite version is the support for Dolby Atmos audio. You also can control the TV’s volume and power on/off with the included remote. This device supports 1080p Full HD(1920×1080) resolution, comes with 8GB of storage, 1GB of RAM, 1.7GHz Quad-core processor and Dolby Atmos audio. This device supports WiFi 5 (802.11 ac) for fast internet connections as well as Bluetooth 5.0 for connecting to your speakers, headphones, game consoles etc. This model however, doesn’t support 4K Ultra and HDR streaming.

The Fire TV Stick 4K Max is the most powerful streaming player in the Fire TV Stick series. It mirrors the Fire TV Stick 4k but adds WiFi 6 the latest and fastest WiFi standard up from WiFi 5 on the other devices. This device also supports Live view Picture-in-picture, so you can view your smart security camera’s live feed on the TV while binge watching your favorite TV series. It’s also powered by a slightly powerful Quad-core CPU 1.8GHz, GPU 750MHz processor. WiFi 6 brings faster wireless speeds(upto 9.6 Gbps), less latency by handling large amounts of network traffic more efficiently and sports better power management. However, you’ll also need a compatible WiFi 6 router to take full advantage of the benefits of this standard. You also get hardware accelerated AV1 codec support with this Fire Stick.

If you’re an avid gamer, then you should definitely go with the Fire TV Stick 4K Max. This stick supports HDMI 2.1 which is specifically tuned to support fast-paced gaming. This standard supports faster bandwidth upto 48Gbps, higher refresh rate upto 120 FPS, dynamic HDR and Variable Refresh Rate(VVR) which reduces lag and stutter among other features. So whether you are going for fast 4K UHD streaming over fast wireless WiFi network or are an avid gamer, the Fire TV Stick Max seems to be the better choice. For $54.99 $39.99, it blows everything else out of the water.