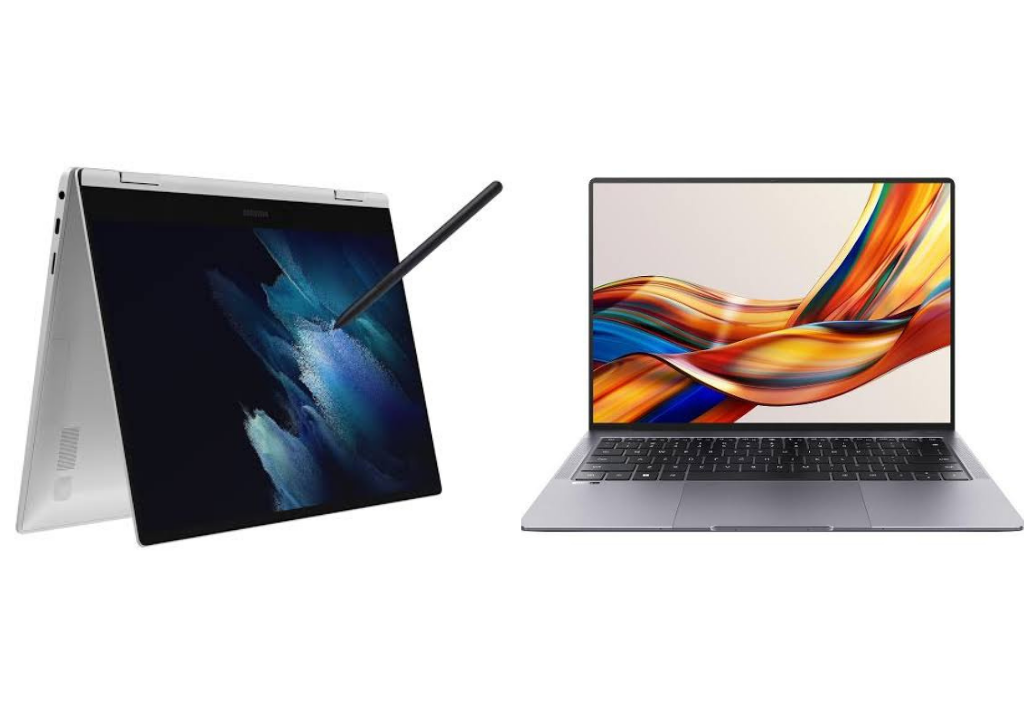 Some of the biggest consumer tech brands around the world gathered at the MWC 2022 event in Barcelona, Spain. There were quite a number of new announcements, including smartphones, laptops, tablets, and smart speakers.

Samsung and Huawei were some of the brands that announced new laptop iterations. While Samsung unveiled the new Galaxy Book 2 pro series, Huawei launched the MateBook X Pro. Both laptops are flagship devices with the premium build quality, top-end specifications, and features.

And in this article, we will be comparing their specification, features, and price; helping you decide which to go for.

First off, you should know that the Samsung Galaxy Book 2 Pro series comes in two models (Galaxy Book 2 Pro and the Pro 360). For this series, it looks like Samsung’s focus point was portability and weight, as both laptops weigh less and are a lot more portable when compared with their predecessor. The Huawei MateBook X Pro is also a relatively portable laptop (at just 5.4mm thick).

Unsurprisingly, the Galaxy Book 2 Pro benefits from the latest generation of Intel’s processor – the 12th Gen Intel i5. It also features 8GB RAM, up to 1TB Internal storage space, and up to 21-hour battery life. However, we were left rather disappointed when Huawei announced that the MateBook X Pro would be powered by the 11th Gen Intel i5 processor. They, however, made up for that with the 16GB RAM and 1TB internal storage capacity.

Other hardware features on the Galaxy Book 2 Pro include the Wi-Fi 6E 802.11ax 2×2, Bluetooth 5.1, Thunderbolt 4 support, USB-C ports, Headphone jack port, and a microSD slot, while the MateBook X Pro features 4 USB-C ports. For the operating system, both laptops are similar: they both run on Windows 11 OS.