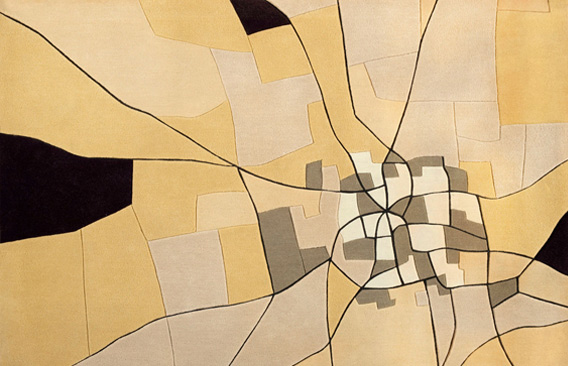 Editor’s Note: This is part 3 of the 3-part series pinpointing the reasons why the gap between technology (with a focus on ICT4Ag) and agriculture should be closed amidst adversities. Read part 1 and part 2 if you haven’t yet.

I am a great believer of microcosm  —  a heuristic where a small sample is used to draw observations about a bigger population.

Well, this time around, I am basing on a recently released computer game to draw observations which I will sum up to complete the jigsaw puzzle at the end of the article.

I am an not avid gamer but when I landed on this game, I immediately noticed something was a miss.

It is called the African Farmer game, a computer simulation of the “real” life of an African farmer, developed by the Department of Informatics at the University of Sussex funded by Futures Agriculture Consortium, UK Economic  and Social Research centre and three other celebrity NGOs in the United Kingdom. Wow!

On the first  impression, the graphics were somewhat wanting, a common characteristic of strategy games. One of my friends being extremely obsessed with this genre of computer games, especially FIFA Football Manager and Civilisation, my curiosity increased even more. These kind of games promote agile thinking and making of adrenaline throbbing decisions based on previously made strategies. It’s like playing Chess but in a different context — a fast paced setting.

The problem with the game in question is that the setting assumes some of the worst conditions an African farmer could possibly face, of course some of them are true. It re-echos the old rhetoric about Africa’s image on the international arena — an continent filled with disease, poverty, civil strife, famine and (insert many other ill-fated adjectives). It’s that bad. I struggled to figure out the correlation between HIV and agriculture, it seemed as if all farmers were just a phone call away from catching the deadly virus. In another ridiculous game I played — Third World Farmer — rebels would somehow, out of the blue attack my village and torch my crops. It was very frustrating.

I asked myself. So who are these games developed for? And what do they seek to achieve?
The usual answer would be something like: We want to help African Farmers make better decisions in strategizing for their produce and also give non-Africans a chance to immerse themselves into a real experience of what African farmers actually go through. At the end of the short explanation, there is usually a big red embossed and beveled “Donate now!!” button.

There are just a handful of Africans who would actually play such games (definitely not farmers), however, this doesn’t stop the diasporans from hopelessly getting hooked. And donating without resolve! In this information age, the resultant force of such games (and awareness campaigns alike) doesn’t help the affected but rather benefits the campaign perpetrators. They promise to simulate “realistic” ordeals of African farmers yet covertly misdirecting peoples’ emotions. The game psychology is well scripted and it works to the interest of its architects . 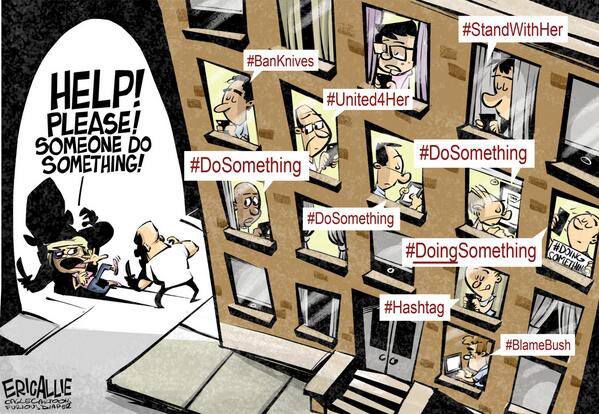 In the meme above, a person is being clobbered but instead of people running downstairs to help her, they instead tweet away in the comfort of their couches. I relate this to farmers facing all these vagaries but instead, the development partners send help and directives from the comfort of their bases without knowing what’s really happening on ground.

All I can envision are millions of streams of pounds disappearing into a black hole. Let me explain.

Once upon a time, development partners

Let’s clear the lingua franca we shall use before we dive deep. Development partners  are also known as donors.

Development of Africa’s smallholder agriculture sector and the introduction and application of new technologies and practices are critical for reducing rural poverty, improving economic growth and enhancing human welfare across the region. But there is also a clear need for a new vision for agricultural development that can guide these efforts, while responding to the dynamics of agrarian change in Africa’s complex farming environments.

Apparently, development partners are at the forefront of making sure Africa successfully incorporates technology in Agriculture. The unfortunate bit is that they are not on ground, they don’t know what the locals really go through and above all, they have selfish interests to protect. The convolution of this is rather stagnating, it’s like moving a step forward and taking one backwards. It creates a state of buoyancy. A state were there is hope but outright lack of direction to follow.

It’s not small talk, Africa is the future and the future is now. Over a billion subscribers are connected to the mobile telecom networks, literacy levels are increasing by the day and nevertheless, Africa is home to the youngest population in the world. Instead of documenting the journey of Africa’s quantum leap in use of mobile technology in form of a white paper or case study, Dr John Thompson, the Project Coordinator of the African Farmer game devised a better way. An attempt at creating a viral game that brings alive to participants what life is like for a small farmer living in a rapidly changing society in a risk-prone environment.

That is what experts would call growth hacking. Instead of burying such valuable info in fine academic print that nobody ever reads, why not create a game that anyone can play as well as learn about the unknown missives on agriculture.

This spins an interesting topic that borrows a lot from growth hacking– hackathons. A hackathon is a portmanteau of the words hacking and marathon. Basically, small teams rapidly prototype a product, of social or economic potential, in record time, usually less than 48 hours. They were popularized a couple of years ago following the increase of Innovation hubs on the continent. Many rookie techpreneurs were excited but since then the euphoria has diminished. The numbers of techies thronging hackathon and competitions have plummeted, as the serious developers continue to look for other platforms from where they’ll raise money.

In fact, one of my friends was amused, “How do you assemble a bunch of kids on a trip from Europe with locally based computer science grads to hack for agriculture!” They are often clueless about the bolts and axles of agriculture but yet they go ahead and develop shiny apps that will never be used by the public (or farmers).

On average, the seed fund or prize fund for winning a hackathon is about $10,000. Honestly I don’t know why these folks zeroed on such a figure regardless of the kind of product that makes it to the top. By the way, $10k isn’t bad per se. Nonetheless, this isn’t another scenario of Oliver Twist asking for more but the need to practice funding flexibility should be a prerequisite. For instance, Ensibuuko, a Ugandan for-profit organization works with rural Ugandan farmers to provide them with access to farm inputs, market information, finance and solar products.

Through a mobile platform, they re-imagined the entire micro finance and small scale agriculture based on the extension of concessional loans, marketing for their produce and rural network advisory services. Figuratively, they need a minimum of a million dollars to successfully take off. But where will they get it when no stronghold doesn’t see the potential in their idea? Guess what they won late last year at the ICT for Agriculture hackathon in Rwanda —  a paltry €3000 and a Huawei smartphone.

This isn’t to discredit the event organisers or Western backed hackathons, but surely, there is a need to understand how systems work on ground and draw proper treatment to them. And of course apportion the adequate funds for their kickoff. For instance, there is an acute shortage of African youth participating in agriculture. What could be done to attract them? Perhaps gamifying the whole experience and subsequently educating them would come in handy. Maybe. But not with the kind of games such as the African Farmer, it’s outright ridiculous!

Renown veteran ICT consultant and agro-entrepreneur, James Wire Lunghabo, in a recent article published in the Daily Monitor, he assesses how technology can be successfully blended into agriculture. He talks about the ginormous possibilities an innovation hub dedicated to agriculture would mean.

If an Agro-ICT Innovation Hub existed, it would make it easier for one to blend the technologists with these subject matter specialists hence benefitting the industry in the long run.
As we all know, Mobile is not the only form of delivery that can be used to extend ICTs to farmers. By borrowing from their rural lifestyles, one can use Community Centres to act as knowledge and technology access points using communal services and products.

In conclusion, the onus is unto locally based entrepreneurs to work in collaboration with techies to show the leaders and stakeholders what could possibly be achieved.