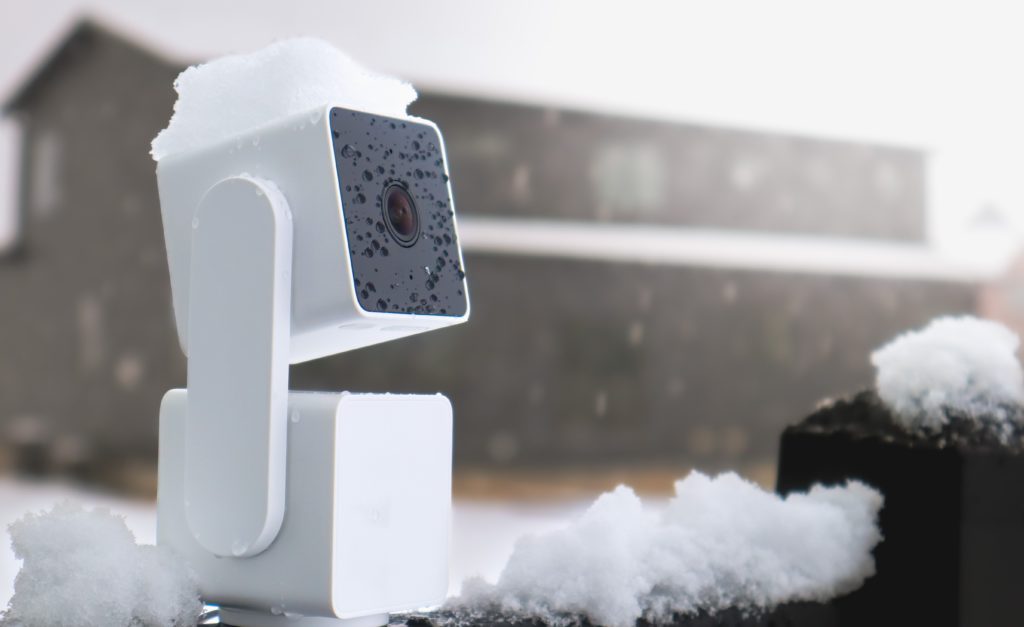 Wyze has produced some of the best budget-friendly security cameras. Since 2017 when they released the Wyze cam version 1, the company has continuously iterated on its two popular security cameras; the Wyze cam and Wyze Cam Pan. Now in its 3rd iteration, the Wyze Cam Pan arrives with a complete redesign, twice the amount of tilt and weather resistance which makes it suited not just for indoors, but also the outdoor all for just $34.

This upper module attaches to a base that’s able to rotate 360 degrees. You can mount the base to a ceiling or wall or place it on a table top. The Wyze Cam Pan v3 is IP65 weather resistant giving you the liberty to use it both indoors and outdoors just like its brother the Wyze Cam v3 and v3 Pro. Besides a new redesign, wider tilt coverage and weather resistance, the Wyze Cam Pan v3 has the same features as its predecessor.

It supports 1080p HD color Night Vision, Automatic Motion tracking, Two-day audio, Motion and Sound detection, local storage and Push notifications. If you don’t use Free local storage via microSD card, then you’ll be forced to remit $2/month for cloud storage through one of Wyze’s subscription packages. The paid subscription service also features Wyze’s AI-powered person and package detection. Wyze has Cam Plus Lite plan which enables users to pay what they want for person detection, but it seems this plan won’t be supported with this Cam Pan v3.

You can order the Wyze Cam Pan v3 right now directly from Wyze for $33.99. It comes with FREE 30-day trial of unlimited 14-day cloud storage after which you can subscribe to Cam Plus package at $1.99/month.