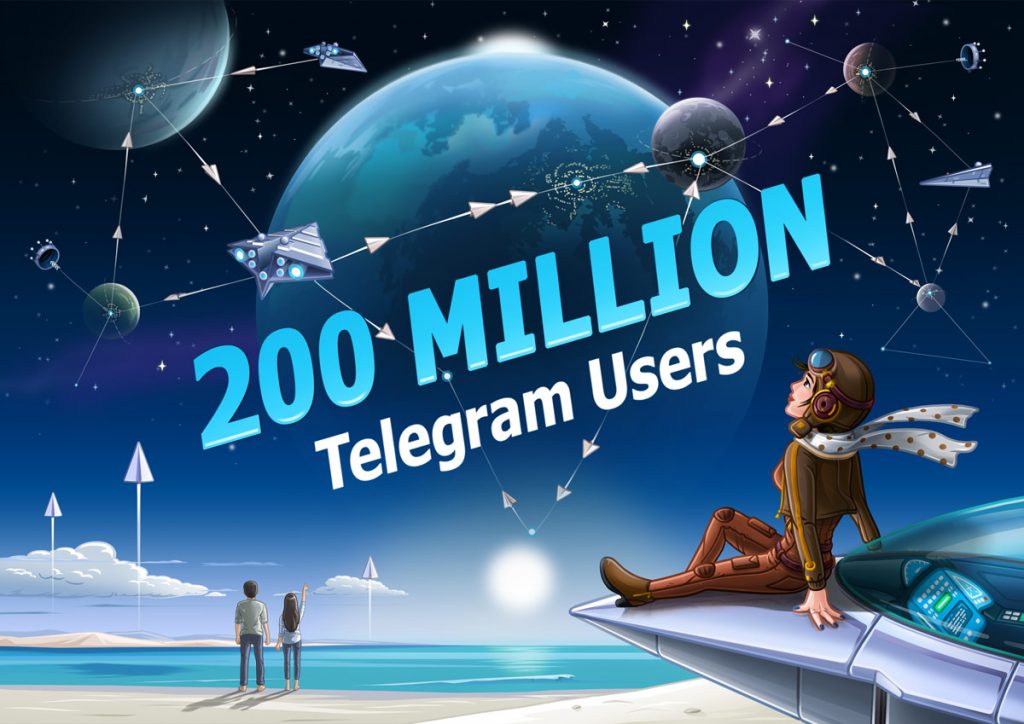 If Telegram were a country, it would have been the sixth largest country in the world. This is precisely so because the messaging platform was used by 200 million people within the last 30 days, an insane number by any standards. Telegram credits reaching this milestone to the users who make invitations  to potential users for them to join, since it is never promoted with ads.

Unlike other popular apps, Telegram doesn’t have shareholders or advertisers to report to. It doesn’t “do deals with marketers, data miners or government agencies”.

In a statement issued on the Telegram blog, the company bragged about making data security a first choice, probably in a hit-out at Facebook – which is facing user-data confidentiality issues.

“This is why you – our users – have been and will always be our only priority… Since the day we launched in August 2013 we haven’t disclosed a single byte of our users’ private data to third parties. We operate this way because we don’t regard Telegram as an organization or an app. For us, Telegram is an idea; it is the idea that everyone on this planet has a right to be free.”

“Over the years, our unconditional trust in people allowed us to do things other apps were hesitant to implement; things such as support for insanely large group chats, unlimited broadcast channels and a free user-generated sticker platform. In all these cases, our belief in people yielded extraordinary results, and users put these tools to great use. What inspires us most is that, judging by the rapid growth of Telegram’s popularity, this belief might be mutual. While we unconditionally believe in people, it turns out 200,000,000 humans also believe in us,” the statement added.

Since the appearance of smartphone and the subsequent explosion of mobile apps, low-cost or free chat and social messaging apps have proven themselves as a cheap alternative to operator-based text messaging via SMS. Many messenger apps offer features such as group chats, the exchange of graphics, video and even audio messages as well as stickers or emoticons.

The 200 million users rank Telegram among the most popular mobile messaging apps worldwide based on number of monthly active users, with WhatsApp and Facebook Messenger having over 1.5 billion active users every month; WeChat having close to a billion; as well as Skype, Viber, and Snapchat closing in on 500 million users monthly.