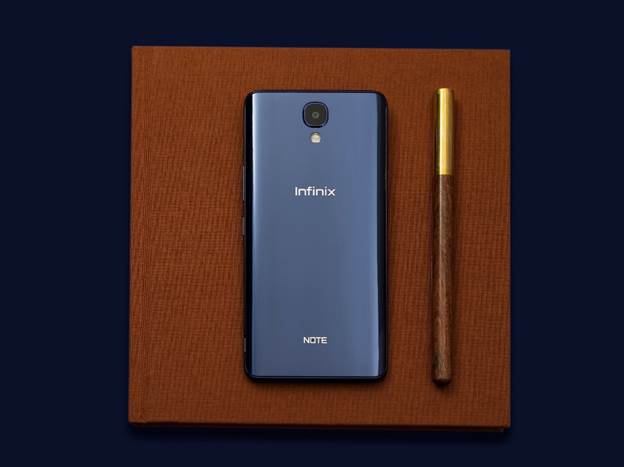 Android versions are vast, and if not critically studied can confuse you if you hear of another. As we familiarize with the new Oreo and the Go, a watered down version of Android that is designed for for low tier devices, in comes Android One. Infinix Mobile’s next phablet – the Infinix Note 5 – is bringing on board this version termed to be the ‘pure, easy, and clean to use’.

This won’t be the first Infinix device running the Android version, having come on the Hot 2 in Nigeria back in 2015, and this year a number of high ends phones from Nokia have been part of the Android One project.

The Note 5 is coming in succession after the Note 4 and Note 4 Pro which were released last year. These attracted huge attention based on the specs and the X-Pen that defined the true likeliness of a Note.

The latest series of Infinix phones has brought to mass the 18:9 aspect ratio, Android Oreo, Face Unlock technology, and less bezels. We do not expect the Note 5 to disappoint, given that it should be a wide screen in the hand – arguably 6 to 6.2 inches, with a screen resolution of 1080 x 1920 pixels.

We can also anticipate a 4GB RAM and  32GB internal storage, while the Note 5 Pro would pack 64GB  and a massive 5000mAh Non-removable battery; a dual rear camera, and front cam with LED flash for selfies and video calls.

What we do not know about is the processor, on whether it is MediaTek or Snapdragon.

Android One is an Android project initially designed for first-time smartphone users in developing markets. First introduced at Google’s I/O conference in 2014, Android One phones are basically stock Android phones made by OEM partner manufacturers.

Any phone lined within this project is guaranteed to have a solid and stable version of Android that’s not loaded with other apps, services and bloatware – exactly what the Infinix Note 5 will present.

Why an Android One phone?

Android is open source, allowing manufacturers to fit in content into the device it runs on. An Android One smartphone runs on stock Android consumes less RAM, leaving more RAM available for other tasks.

A fast RAM will only mean that the performance will be as excellent, and only something you can not miss out on!

Infinix has announced a June 24th launch date, to take place in Dubai, and possible local launch coming in afterwards. Pricing has not yet been released but expect the price to fall within the range of UGX 700,000 for the pro version.

One thought on “Infinix Note 5 is coming with Android One. Here’s why it’s a big deal!”