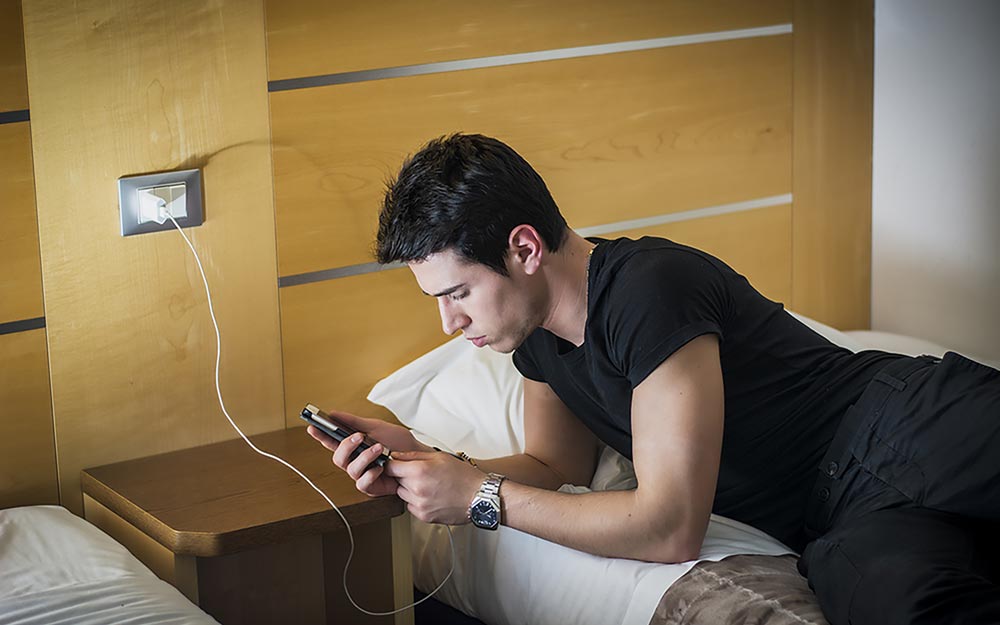 The battery is unarguably one of the most important of a smartphone. I mean, I’m not sure about you but I don’t think I’ve ever seen a smartphone without a battery (tell me if you’ve seen one or use one, though). In the same vein, as important as the battery of a smartphone is, it could also get dangerous.

Take example, the Samsung Galaxy Note 7 “Explosion Gate” saga. Problems with fast charging, battery design, and manufacturing processes were identified as the major reasons why the several units of the phone exploded, particularly while charging the device. This, as well as some myths and misconceptions, have made many smartphone users wonder if they can use their devices simultaneously while charging it without any negative effects on their smartphones and on themselves.

Can you use your smartphone while charging?

Yes, you can. In fact, you should. Most modern-day smartphones are designed to be used while they are being charged.

However, most smartphone manufacturers warn that should you need to use your device simultaneously as you charge, you should use the recommended/original cables and power bricks that comes out-of-the-box with the device or charging accessories that are certified by the manufacturer.

If you aren’t using non-certified low-quality knockoff charging accessories, there’s no reason not to use your smartphone while charging it.

Truth is, there are some prices you’d have to pay if you choose to use your device while you charge it. So should you do it? Are the prices significant enough to care about it? You’ll be the judge… after going through some of the consequences of using your phone and charging it simultaneously.

Effects of Using Your Phone while Charging it

Typically, when you use your phone heavily for too long (particularly for gaming, streaming, surfing the internet etc.), it heats up to some extent. Using your smartphone while charging sort of doubles the heat generated by your phone. While heat might not be significant enough to care or worry about, there are reports that too much heat could damage the chip/hardware inside your phone. Temperature increase has also been proven to trigger lower speed of a smartphone’s processor and GPU speeds.. Also, excessive heat could also cause your battery to begin to swell.

For car owners, sunlight directly hitting your phone while charging is equally dangerous. Even worse when you’re using the device simultaneously. This may cause your phone to display an “Excessive Temperature” notification on your display, urging you to drop your phone or stop charging it till it cools down.

This is explanatory. Using your phone while charging will have you moving and changing positions. Doing this will have you twisting, flexing, pulling and shaking your charging cable, damaging it in the process. Though you can minimize this, you can never be careful enough.

Frequent pulling of your charging cable can also disrupt the flow of power, damage the connector and subsequently lead to bad connection. Combined with inherent heat from the battery, a bad connection can also result in increased heating of your phone during charge.

Again, you can use your phone while charging it. However, make sure you are using it carefully and not exposing yourself to some health hazards.

To avoid electrocution, phone damage and other hazards, ensure that there is no liquid close to your phone, charger, the power outlet, or even your hands. If you feel a slight prickling or stinging sensation while using your phone during charge, ensure your hands, charging accessories, and the charging environment is dry. If the sensation continues, it could be as a result of using a counterfeit charger.

Technically there is a transfer of elecnic charges in and out of the phone which creates a magnetic as well as hear field and involved in this process.

Some reports also have it that some part of the heart could be prone to damage. Additionally, placing the phone to your hear while charging could also lead to electrocution.

Hell no! Except your phone underwent poor manufacturing processes or you have a defective battery right from the factory, your phone can never explode if you use it while charging. The worse that can happen is increase in temperature, swollen battery, slow charging, and slow processing — even in the case of a faulty battery.

Conclusively, while you can safely use your device during charge, you should habitually learn to do it as minimally and carefully as possible. Using it for light activities is ideal. Heavy gaming or heavy surfing of the next, however, aren’t recommended during charge. Lastly, use only recommended and manufacturer-certified charging accessories to charge your device.

2 thoughts on “Is It Safe to Use Your Phone While it’s Charging?”