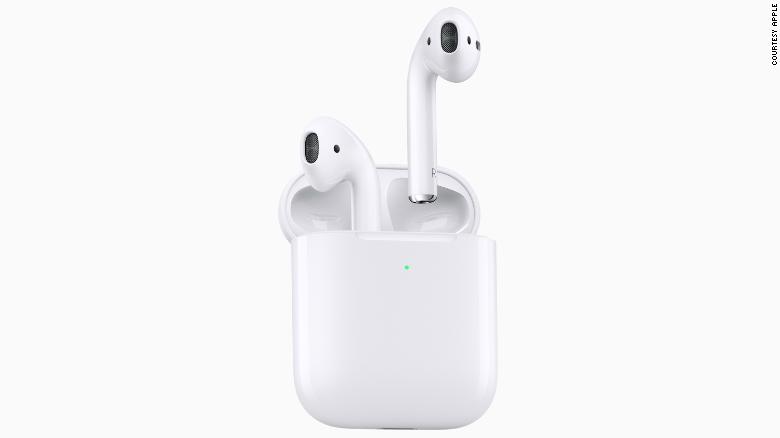 Apple officially taken the veils off the second iteration of its popular wireless headphones/earbuds — the AirPods. This comes not too long after Apple unveiled new versions of iPad Air and iPad mini. The company had also earlier announced line of iMac computers with refreshed specifications two days ago.

About the new 2nd-generation AirPods, it comes with a number of rumored features; features which users have equally been expecting. Sadly, some rumored features (color change/introduction of multiple color variants, design modifications, biometric additions etc.) were left out by Apple. We, however, list the new features of the AirPods 2.0 below.

This is arguably the highlight feature of the AirPods 2.0. Both the AirPods and the case look exactly identical to the original first-gen AirPods. This time, however, users will be able to charge their cases wirelessly as the new AirPods 2.0 case come with support for wireless charging.

The new 2019 AirPod 2 is powered by Apple’s new headphone-focused H1 chipset. Compared to the W1 chipset that powers the original AirPods that were released almost 2 years ago, the new AirPods — according to Apple — offers better battery life (up to extra 1 hour of talk time); improved mic clarity; handsfree “Hey, Siri” wake-word integration; as well as faster connection time when switching between devices.

The H1 chipset also comes with support for Bluetooth 5. So users can expect to enjoy faster syncing as well as many other features of the Bluetooth 5 technology.

The AirPods is available in two different purchase combinations. Buyers can choose to purchase the new AirPods 2 with a wireless charging case for USD $199 or buy the AirPods with the standard case for USD $159.

Apple will also sell the wireless charging case to existing AirPods users as a standalone accessory for USD $79. You can buy the new AirPods on the official Apple Shop.