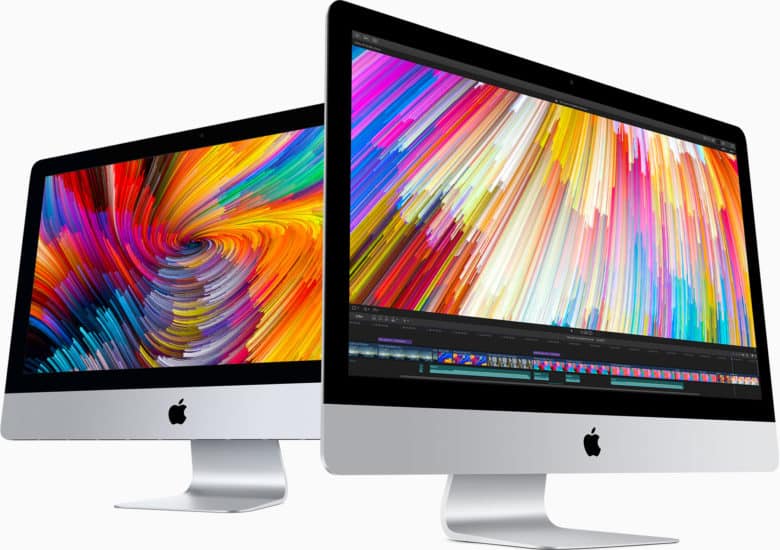 Apple have been quite busy this week, with the release of new iPads, Airpod 2, this and an expected launch of its movie streaming platform come March 25. Lately computers have been getting more powerful whether it is your own custom built computer or from popular brands around. Appledoesn’t wish to be left out of the power train as it now has powerful machines carrying its name. From the pwerful iMac to the specialized iMac Pro power-house, Apple have been throwing in some juicy options on both the iMac and iMac Pro.

From the outside, it appears as if no change have been made, however, there is an upgrade to eighth generation processors from the seventh generation formerly present. Both iMac models have gotten an extensive overhoul of the RAM, GPU and processor offering better performance and while it still maintains the same look.

Better options have also been added for the iMac Pro with a reduction in price for the existing upgrades. Certainly not just for anybody, the iMac Pro has a huge price tag on it. There is now an added option to get a 2,666MHz DDR4 ECC 256G RAM which will cost $5, 200 more than the base 32GB RAM model. The price for upgrading the memory, GPU and storage have been reduced too. For example, taking your memory up from 32GB to 64GB now cost $400 less, upgrade to the AMD Radeon Pro Vega 64 GPU costs $50 less and 1TB SSD to 2TB SSD upgrade costs $200 less. An entirely new AMD Radeon Pro Vega 64X which wasn’t present before have been added for $700.

It is important that Apple offers the latest technology on its computers so as to not to loose users to those who do. These are very powerful additions overall and will see that Apple products is among those at the top as far as performance is concerned.