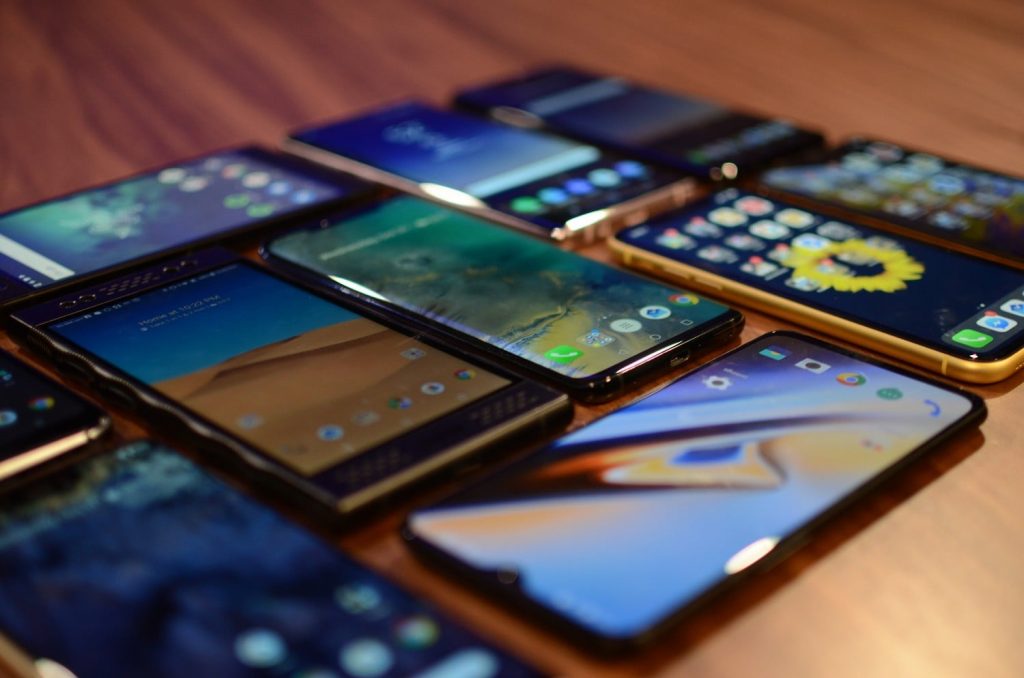 Just as Nigeria is the most populated country in Africa, the country’s smartphone ecosystem is also one of the biggest in Africa. And this is very much understandable because the country is populated making it a sweet spot for smartphone brands to sell their products and make money. Many smartphones brands have entered the Nigeria market and are no more but some are still standing string and show no signs of leaving the “juicy” Nigeria market anytime soon.

If you are Nigerian and looking to buy a smartphone in Nigeria, you should check out these brands as their products are widely used. In addition, these brands have operational and efficient service centers in Nigeria too.

Apple is popular in Nigeria mostly for its mobile products, the iPhone. In a gathering of 50 people, you’re most likely to see at least one person using an iPhone. The Apple iPhone is one of the few premium smartphone brands in the country.

To add, you can easily walk into an offline smartphone store/shop and purchase an iPhone; they’re ubiquitous. Likewise, almost all the top online eCommerce platforms in Nigeria also sell iPhones.

Samsung has been a significant player in the Nigeria smartphone market from time immemorial. In fact, Samsung remains one of the earliest pioneer of Android-based smartphones in the Nigeria market. Samsung phones are equally ubiquitous in Nigeria and are also relatively easy to purchase and repair. According to a 2017 report by Counterpoint Market Monitor, Samsung was the top phone brand in Nigeria with more than one-third share in the total smartphone market.

Devices from the (now-discontinued) Galaxy J series, A-series, Galaxy S series, and Note series are some of the most popular Samsung phones in the country.

Tecno Mobile entered the Nigeria smartphone market by providing “ultra-affordable” devices to customers at a time when smartphone prices were unbelievably exorbitant. Ever since, the brand has become a household name in the industry; a force to be reckoned with.

According to an August 2018 report by StatCounter, Tecno was the most widely used smartphone brand in Nigeria with more than 25% of market share. Likewise, in the tablet segment, Tecno also holds the top position with the most market share (>31%).

Infinix is another smartphone brand that’s very popular in the Nigeria market. Infinix is owned and operated by the same parent company (Transsion Holding) as Tecno. Infinix also gained traction in Nigeria market by focusing on providing smartphones people could buy without breaking a sweat — financially.

Interestingly, since Infinix is also owned by Transsion Holdings — whose first experiment (i.e. Tecno Mobile) was successful in the region — it was easy for the company to sell Infinix phones to Nigerians. In a space of 12 months, Infinix phones moved upwards from being the fourth most used smartphone brand (with 6% market share) to the second most used device (with 18.75%) in the country — according to StatCounter’s August 2018 report.

Just like Infinix and Tecno, affordability is also the major traction of products carrying the iTel logo. In fact, the cheapest smartphones in the country are made by iTel, which sort of explains its popularity. iTel is also owned and operated by Transsion Holdings and owns about 6 – 10% market share in the Nigeria smartphone market.

Nokia isn’t just a popular smartphone brand in Nigeria but the company also controls a huge share in the feature phone segment of the Nigeria market. According to a report by Pulse, Nokia gained more than 6% market share in 2017 due to the impressive performance and massive acceptance of the company’s Nokia 105 device.