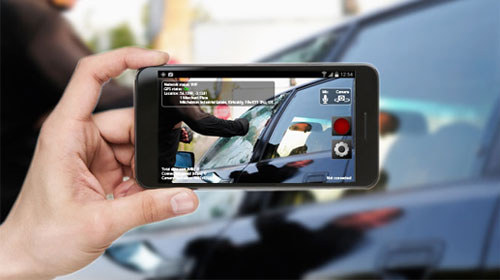 Kwese Play subscribers have recently faced issues as regards to streaming services. Apparently, it is shutting down as its parent company, Econet Media is placed under administration.

Kwese also has issues with Roku, a device that allows users to stream content on internet-enabled TV sets. Kwese Play relies on Roku’s streaming platform to provide content to its subscribers. Roku issued a statement saying “Econet is shutting down the Kwesé Play service and is no longer working with Roku”.

According to the interview Chichi Nwoko, Nigeria Country Manager of Kwese, had with TechCabal, she didn’t deny that Kwese is having issues with its partner, Roku. She disclosed that Roku “unexpectedly ceased the service without giving us prior warning.” When asked why Roku cut-off access to its platform, Ms Nwoko said “we don’t know”. She says the move was surprising because Kwese’s license agreement with Roku is still valid for another three years.

“We are in discussions with them on this and determining if we can bring back the service”, says Ms Nwoko. “We will communicate with all customers as soon as this is resolved.”

When asked what options were available and if Kwese would switch to a different platform, Ms Nwoko said “everything depends on our discussion with them [Roku]. “It’s too early to speculate when we are still in discussions,” she added.

Here are five alternatives to Kwese Play you can try out to continue your streaming experience.

The DStv Now app allows you to live stream the latest movies, hit series and live sport to enjoy wherever you are. You can also download or stream shows from DStv Catch Up onto your tablet or smartphone.

Multichoice has a monopoly on the rights to broadcast sports channels such as SuperSport. The monopoly has helped to secure their consumers need for DSTV to access these sports channels. These channels are available for streaming via their DSTV now app. The content on offer varies from package to package.

Startimes On is a video streaming service free to Startimes customers who own decoders. Depending on your subscription, you are able to access the number of TV channels and shows you have paid for.

This is an online platform that provides paid-for Nigerian films on-demand. It is one of Africa’s first mainstream online movie streaming websites, giving instant access to over 5,000 Nollywood film titles.

This is by far the most popular streaming service available. With Netflix, you’re getting popular shows, series, and movies. There are over 14,000 shows on offer but some content is region-specific. Netflix has subscription starting out as low as $10 hence making it much cheaper than DStv.

ShowMax and Netflix are two significant competitors when it comes to movies and TV shows. ShowMax has over 587 titles on offer. However, it limits the number of devices that can connect to the account.  So keep track of where you log in. Showmax has some highly sought after titles such as Game of Thrones and True Blood. One great feature that ShowMax has is that it allows you to download episodes to view offline at a later stage. The data conscious feature is a win if you don’t have access to wifi away from home.

This is not necessarily a streaming platform, but you can purchase movies and documentaries at an affordable rate. This platform also allows you to buy songs and albums from your favorite artists as well as download the latest novels in the form of E-books.

This Amazon run streaming service is probably one of the more serious contenders in the streaming market.  It has over 255 titles of movies and TV shows. It is also slightly more affordable than its competitors.  Amazon Prime is also available on some platforms including Amazon Fire TV, Fire HDX, Fire HD, iPad, PS3, Xbox, Wii, Wii U, Roku, on hundreds of TVs, set-top boxes, Blu-ray players and on the Web. The platform also features Amazon original series such as “Transparent”, “The Man in the High Castle”, and “Mozart in the Jungle”. It is however available in specific locations so you might need a VPN to access it.