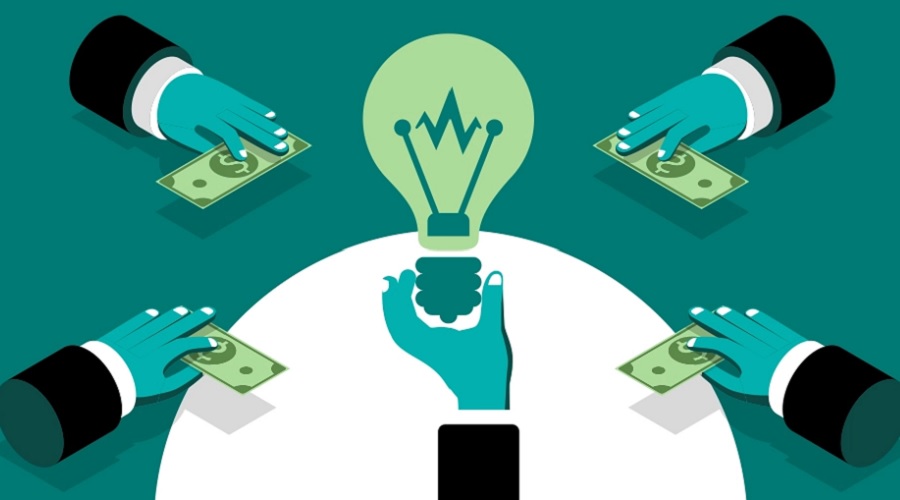 According to Disrupt Africa’s Startup Funding Report for 2018, startups in Nigeria got the bulk of investment in Africa – 58 startups including the likes of Piggybank, Farmcrowdy, and Paystack raised a total of $94.4 million. There seems to be no slowing down, as Nigerian startups are raising even more money in 2019.

In this article, we will look at 8 Nigerian startups that have raised the most money so far in 2019.

First on the list is Andela, a company that searches for tech talent, identifies and trains them to become full stack software engineers. Andela started from Nigeria in 2014 by Jeremy Johnson, Iyinoluwa Aboyeji, Ian Carnevale and Christina Sass. It presently has offices in Nigeria, Kenya, Rwanda, Uganda and the United states.

This year, Andela announced a $100 million Series D investment round – one of the highest to be raised by any tech company focused on African. The investment round was led by Generation investment management (a firm co-founded by AL Gore, former US Vice president). Other investors include: the Chan Zuckerberg Initiative, Spark Capital, Google Ventures, and CRE Venture Capital. Andela’s total investment till date is $180million.

Opay, a Nigeria focused fintech company backed by Norwegian browser company, Opera, launched in Nigeria in august 2018 with the aim of providing mobile payment services to Nigerians. It also launched other products including a food delivery service (Ofood), motorcycle hailing (Oride) and tricycle hailing service (Otrike) in some parts of the country

Read: This is everything you need to know about OPay, Opera’s new web payment solution

A few months back, Opay announced that it has raised $50m in funding from Sequoia China, IDG Capital, Source Code Capital and Opera (its parent company).

Launched in 2017, Kobo360 is a freight logistics startup that connects truckers and companies to cargo delivery service via its mobile app. The platform is a brain child of Ife Oyedele and Obi Ozor. Kobo360 claims to have over 10,000 drivers and trucks registered and operating on its app.

In a series A funding round led by Goldman Sach in august 2019, Kobo360 was able to raise $20m and another $10m in debt financing from Nigerian banks. This amounts to a total of $30m in funding. Till date, Kobo360 has raised a total of $37.3m from 6 funding rounds.

Teamapt is a financial technology company founded by Tosin Eniolorunda in Nov 2019. It focuses on developing solutions in digital and commercial banks, digital business and online payment infrastructure.

Early this year, Teamapt raised $5m series A round which was fully funded by Quantum capital – a firm founded by popular banker, Jim Ovia.

Farmcrowdy is the first digital agriculture platform in Nigeria. Founded by Onyeka Akumah in 2016, farmcrowdy is focused on helping farmers get funding for their farms. They do this by giving Nigerians the opportunity to sponsor a farm and earn interest. The cash gotten from these sponsors are used to provide farmers with improved seedlings and other farm inputs.

After raising $1m in 2017, Farmcrowdy early this year announced that it has raised an additional $1m in seed funding. This brings the total amount raised to $2m – although they received a grant of $325,000 from GSMA Ecosystem Accelerator in early 2018.

Kudi is a fintech company founded in 2016 by two OAU alumni’s – Adeyinka Adewale, the current Chief executive officer and Pelumi Aboluwarin the Chief technology officer. Kudi provides the underbanked and the unbanked in Nigeria with access financial services with includes cash withdrawal from agents, utility bills payment, and money transfer.

In 2017, Kudi raised its first seed round of $120k from Y Combinator. This year, they raised $5m series A funding round. This funding round was led Partech partners. The investment is to aid the expansion of its agent network and other products.

Max.ng is a bike hailing company that connects users to professional motorcycle riders via its mobile app. The company was founded in 2015 by Chinedu Azodoh and Adetayo Bamiduro and has raised a total $8.1m till date over 4 rounds. Its latest fund raising happen in june 2019, Max raised $6m in series A funding and $1m grant, making it a total of $7m from 5 investors led by Kenya’s venture firm Novastar ventures. Other investors include Japanese motorcycle maker, Yamaha, Breakthrough Energy Ventures, Zrosk Investment Management and Alitheia Capital.

Gokada, another Lagos based on-demand ride hailing service was co-founded by Fahim salah – a Bangladeshi entrepreneur and Deji Oduntan on 1 january 2018. Gokada wants to make it possible for Nigerians to move safely without worries of traffic or exorbitant prices. To do this, Gokada, via its app, gives users access to hail motorcycles at affordable rates.

Early this year, Gokada announced that it has raised $5.3m from a series A round. This round was led by rise capital, with Adventure Capital, IC Global Partners and MidWest Group (an Illinois-based company) joining in.