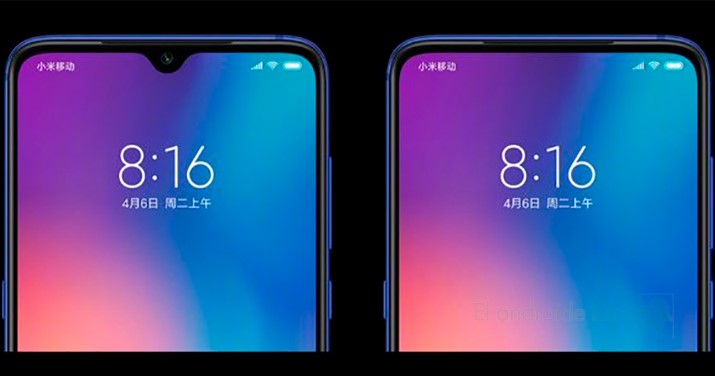 The contest to pioneer new features among smartphone manufacturers that would give them an edge over other brands is becoming more thrilling than ever. A lot of smart ideas are beginning to evolve, some of which deserves lots of accolades to be given to the originator, while others are simply a no-no. First, the fact that technology is becoming more dynamic than ever and the willingness of the market to accept the new trend and try these new technology ideas is really remarkable.

Sadly, the notch is one feature that is gradually giving way for the Under Display Camera (UDC) which is now the latest trend been talked about.

Related Article: List of pop-up, slider and flip camera smartphones to buy in 2019

Prior to the talks about UDC, the idea of the notch was a creative way to solve the issues front-facing camera, a better way to recreate notifications and message indicators in a specific placement space around the display area which is splendid and acceptable.

The notch design gained popularity when Apple released the iPhone X sometime in 2017, it then proliferated to other smartphone brands, integrating diverse styles of notches into their smartphone. Considering how nice it made the phone look, and the quality of the images the front camera produces, a lot of users feel in love with it.

The idea of notches was taken as a sign of progressiveness, it is meant to house components that can’t be embedded inside the screen just like the front camera. It also helped in identifying disparities between other smartphone products. With the kind of notch a smartphone brand adopts, you could identify it among other products, and I really think the notch also has a way of influencing the choice of users in picking a phone.

Creatively, notches differ from one smartphone to another. There is the teardrop notch, a unique kind which has its own special advantages, the bezel full notch which contributed to the awesome look the Samsung Galaxy S9 has, the cut-out notch (also called Punch Hole) which was made prominent with the Galaxy S10, and the interesting pop-up notch design, slider notch.

How Under Display Cameras are killing the Notch

Thanks to the advent of under-display screen camera (UDC), the notch trend is gradually coming to an end. The UDC phones are gradually gaining grounds and with the look of things, a lot of customers are anticipating their mass release. The UDC would come with an all-screen display feature that hides all traces of notches instead of the usual see-through display.

This advanced technology has been crafted such that users faintly see the camera behind the display screen which also includes the use of low reflective glass around the display area that aids the invisibility of the notch. Based on the undergoing review, for now, photos taken with UDC don’t look as awesome as those taken with a notch, that means a lot of work still needs to be done with this technology.

Some leading smartphone brands have started releasing prototype to test this innovation; Oppo, sometime in June, unveiled its first smartphone with an under-display camera. Xiaomi has started to display this prototype. Samsung electronics have revealed that they would be the first to release the UDC technology in their next foldable phone which would be available in the first half of 2020. Certainly, it would be produced in mass for customers to enjoy.

As much as this would come as bad news for the notch lovers, under-display cameras would definitely be the notch killers. I mean, you no longer have to deal with notch popping up on your face anything you take a glance at your phone. The notch is already becoming unpopular and it’s only a matter of time before it goes inexistent.

No doubt, the future is under-display cameras… and it is definitely killing the notch. Sincerely though, UDC is really not a bad idea, as it makes the phone look really sleek, advanced, and gets us even closer to 100% screen to body ratio — and that is an advantage that can’t be overlooked. Too bad for the notch.