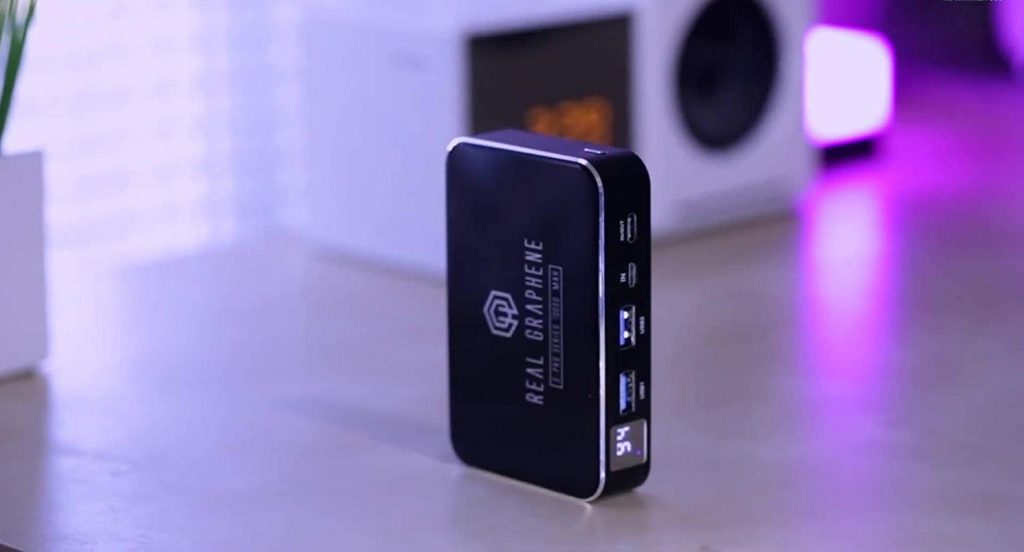 For decades consumers and industry alike have been waiting for a better battery, one that charges faster and lasts longer. A material discovered in 2004 called “Graphene” has promised this. There have been many recent steps toward building better batteries, but nothing in the form of a product that you can actually buy. The Graphene battery is just hitting the market and available to the public. This hints at the first glimpse of a new wave of battery technology.

Related Article: How nanobatteries will change the design and performance of your device

Graphene has its origins from “Graphite,” the stuff that pencils are made from. Graphite essentially is a 3D arrangement of carbon atoms. When you change the arrangement of atoms to a 2d structure, that is flat, you end up with graphene. Graphene was just a theory until 2004 when two scientists at the University of Manchester created the first sample of the substance and later won the Nobel Peace Prize in 2010.

It may not sound like much but changing the arrangement of atoms from 3D to 2D unlocks incredible physical properties. For better context,

These conductivity properties make it perfect for electrical applications.

Related Article: Things you should consider before buying a battery bank

With the regular non-graphene Lithium-ion phone battery of about 3000 mAh, you’re looking at around 1.5 hours to get from 0 to 100%. For graphene-enhanced batteries, it’s 20 minutes to achieve this, and you need to use a 60-watt charger. If you pumped 60 watts into a regular battery, it would fry itself.

The Graphene battery also has a longer lifetime. Most phone batteries can last around 600 charge cycles. These new (Graphene) batteries are rated for 1,500 cycles for the same capacity.

To top it all off, it’s safer than regular batteries as well. This is because the cell generates much less heat and runs much cooler. Graphene is an amazing conductor of heat and electricity. Lithium batteries do not cope well when you put a lot of energy in or when you take a lot of energy out.

Related Article: 4 Reasons Why Your Smartphone Battery Lasts Only a Day Instead of Weeks

Graphene can be applied in two different ways. It can be mixed in solution with lithium. The other way is it can be added as a composite layer, like a sheet of it in the Lithium battery. This way it acts as a conductor for the electricity and doesn’t generate as much heat.

You can already buy graphene-enhanced batteries. They come in the form of a power bank at 10,000 mAh. They are rated to fully charge from empty in about half an hour with a 100-watt charger. There are also bigger versions that hold twice the capacity. The most exciting thing is that this is just the start. Graphene battery manufacturers are working on making graphene batteries for everything, from smartwatches to battery-powered golf carts.

We will be seeing Graphene batteries in actual big brand devices within a year, not in every single device, but trickling down. Some companies that claim to be using graphene are actually using graphite, the three-dimensional cousin of graphene. Therefore, they don’t have any of the amazing benefits. One company that is pioneering the development of graphene battery technology is Real Graphene, based in Los Angeles.

Battery Health: Tips on how to maximize your phone or laptop’s battery life span

Graphene was massively expensive a few years ago, one kilo of graphene cost $300,000. Thanks to advancements in the manufacturing process, this cost is falling dramatically. In 2010, it was around $1,000 per cubic centimeter and now it’s only 1 cent. An average sheet goes for around $25, and this is the key to why Graphene is finally coming to the mass market.

The downside is that a graphene battery would add about 30% extra cost to the battery component of a phone. But I’m sure most high-end consumers wouldn’t mind. To be perfectly clear, even though the overall battery life increases in terms of the life cycle, the actual capacity has not increased that much. In the world of batteries, the last remaining hurdle is higher capacity per unit volume.

Read More: 3 things you should know before replacing your phone battery

When Graphene technology is fully matured, it could mean a world of difference, not only for mobile phones and laptops but most excitingly electric cars and electric planes, not to mention grid energy storage. Beyond this, it could change Material Science and Engineering as we know it.

One thought on “Graphene Battery Technology: All You Need To Know”