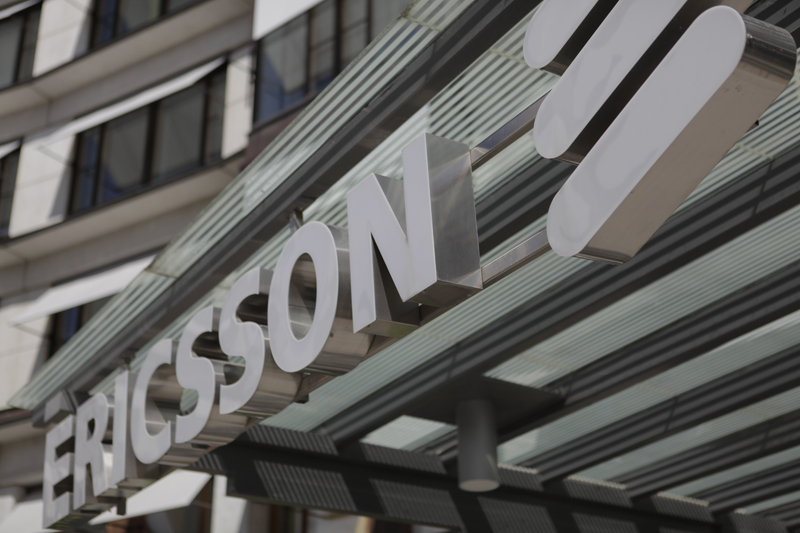 A new report by Ericsson, a world leader in communications technology and services, reveals astronomical data traffic in the Sub-Sahara region. The Telecom provider showed in its June 2014 Sub-Saharan Africa Ericsson Mobility Report that  in 2014 phone users accessed 76,000 TB (terabyte) of data per month, double the 2013  figure of 37,500 TB per month. In 2015 the figures are expected to double again with mobile phone users accessing 147,000 TB per month.

The reports  shows Mobile internet use doubling year-on-year, with usage expected to increase 20 times in the next five years.

This quantum growth in data traffic is attributed to the rise of social media, content-rich apps and video content accessed from a new range of cheaper smartphones. Already Facebook is the second (and in some cases the first) most accessed website in most countries in Africa as we detailed in this post. Consumers in Kenya, South Africa and Nigeria are also increasingly using video TV and media services from their smartphones with Video-on-demand services such as Youtube and home-grown versions like Afrinolly and iROKOTV.

Fredrik Jejdling, Regional Head of Ericsson Sub-Saharan Africa, says: “Sub-Saharan Africa is currently undergoing a mobile digital revolution with consumers, networks and even media companies are wakening up the possibilities of 3G and 4G technology. We have seen the trend emerging over a few years but in the past twelve months the digital traffic has increased over 100% forcing us to revise our existing predictions.”

In the next five years, the Report’s findings show that the voice call traffic in Sub-Saharan Africa will double and there will be an explosion in mobile data with usage in Sub-Saharan Africa growing 20 times between 2013 and 2019, twice the anticipated global expansion. Already the Telecoms are capitalizing on the adaption of data services to increase on their revenue streams. MTN Uganda recently started a country-wide promotion of data services with “the MTN Internet Expo” while Orange is running the “Happy hour promo” to boost data usage.  By 2019 the report predicts that 75 per cent of mobile subscriptions will be internet inclusive (3G or 4G). 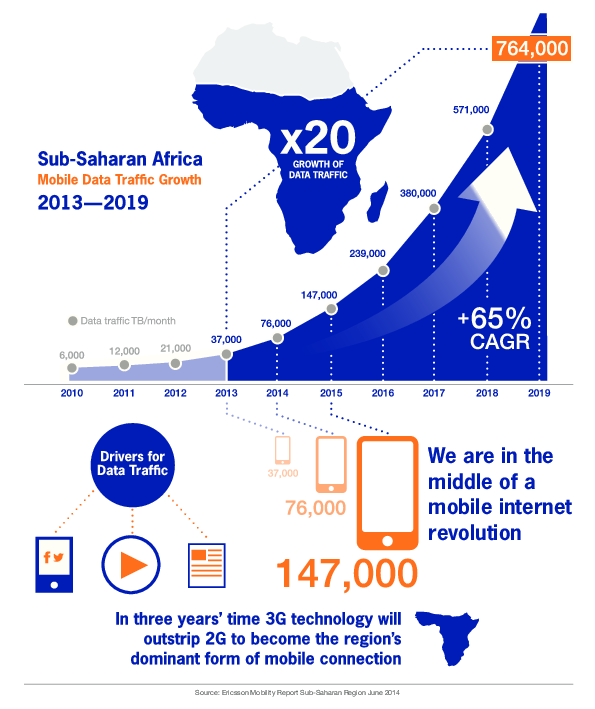 This growth has been predicted following the launch in 2014 of a number of smartphones for under $50 USD by a number of major device manufacturers allowing the rapid expansion of 3G and 4G technology across the region. The 2014 Report predicts that in just three years’ time 3G technology will become the dominant technology across the region with 930 million mobile subscriptions in Sub-Saharan Africa by the end of 2019, with 557m smartphone and 710m broadband subscriptions.

Fredrik Jejdling, Regional Head of Ericsson Sub-Saharan Africa, says: “The rise of cheap smartphones will allow vast portions of the population – from middle classes in cities to small businesses in rural areas – access to mobile broadband. M-commerce can offer endless opportunities for entrepreneurs and we’ve found that farmers are fans of mobile wallets – as well as teenagers wanting to watch music videos on their smartphone.”

Ericsson regularly performs traffic measurements in over 100 live networks across the world and predictions have been made in collaboration with Ericsson ConsumerLab, utilising population, macroeconomic trends combined with the company’s own anonymised data. Ericsson is the largest provider of managed services, building and improving the reach and efficacy of mobile networks, in Sub-Saharan Africa and globally.