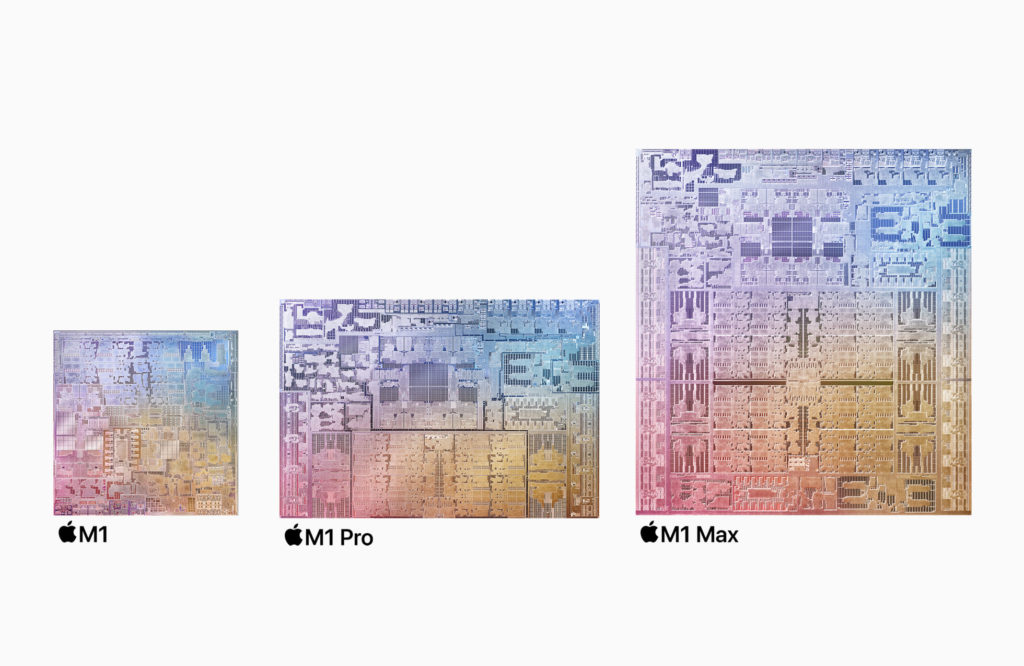 Apple launched two new chips in an October 2021 event. The chips – M1 Pro and M1 Max – built on Apple’s debut, the M1, and promise to be even better. Apple improved a number of features that came with the M1 chip to make these. Hence, we’re doing an M1 vs M1 Pro vs M1 Max comparison to clearly state out what the differences are.

Apple has dubbed the M1 Max to be the most powerful chip ever. Look at our comparison and decide for yourself in the end if it’s worth the tag. Read through.

QUICK NOTE: You should know that this comparison is based on specs, which are vague, and actual performance hasn’t been fully determined yet.

The CPU is an important piece when considering the performance of a chip. While the M1 came with 8 CPU cores, the M1 Pro and M1 Max both come with 10 cores. For the latter, it consists of 8 high-performance cores and 2 high-efficiency cores.

There’s an advantage to having more CPU cores – it allows for each core to handle a different data thread simultaneously. This will translate into a much quicker transfer of data per time, hence, a faster processor. With this, all things being equal, the M1 Pro and M1 Max should be considerably faster than the M1.

When we talk about graphics processing on a PC, the most important piece is the GPU. The M1 came with 8 GPU cores, this was doubled to 16 GPU cores in the M1 Pro. The M1 Pro cores were then further doubled to 32 GPU in the M1 Max.

Apple’s M1 Max chip comes with 2 ProRes accelerators. The M1 Pro comes with 1 while the M1 doesn’t have one. With ProRes, editing videos on notebooks with the M1 Pro and M1 Mac chips will be surreal.

M1 vs M1 Pro vs M1 Max: Summary of Differences

M1 Pro and M1 Max are considerable upgrades to the M1 chip which had a great reception. We expect that these two new chips will have an equally superb reception from users. Let us know what your initial thoughts are in the comments section.