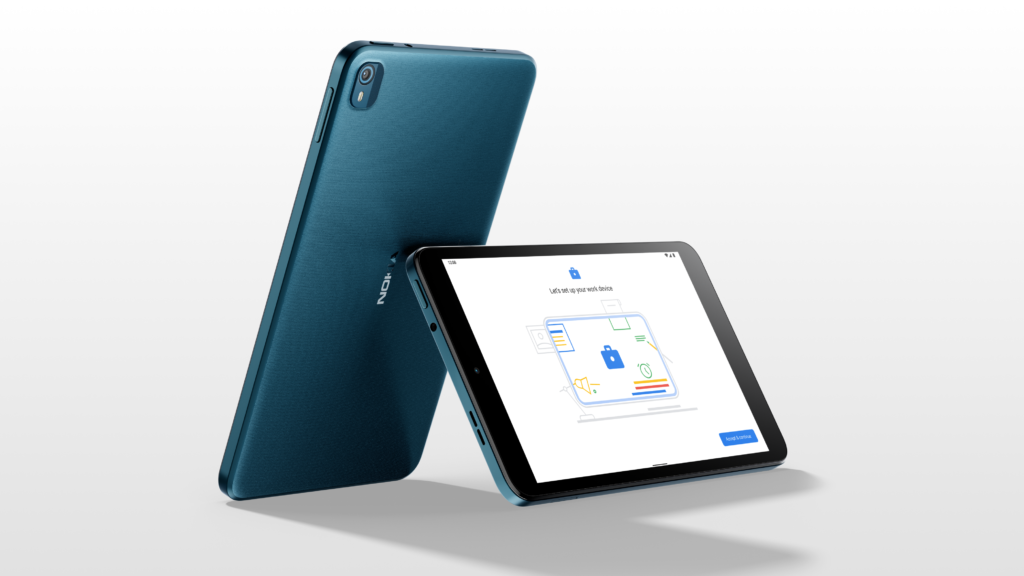 Nokia launched its first full Android tablet (dubbed the Nokia T20) just over a year ago. The tablet featured a number of decent specs including a 10-inch display, 2K display, and “all-day battery life”. It also came at a decent price point. One year later, Nokia is unveiling a new tablet in the “T” series, dubbed the Nokia T10 – a cheaper, much more compact alternative to the Nokia T20.

Because the new Nokia T10 is a budget tablet, what you’ll get on it in terms of build, quality, specs, and features, would reflect that. In this article, we will be telling you all about the Nokia T10 tablet; specs, features, etc.

Let’s begin with the price of this tablet. The Nokia T10 will be selling for a recommended retail price of $150. That’s about $100 lower than the Nokia T20 released a year ago. Looking at the specs and features of this tablet, and when compared with other tablets with similar prices, the T10, at $150, is a bargain.

For the design and build quality, the T10 – just like the T20 – will only be available in a single color called Ocean Blue. The 8.0-inch display size also means this tablet will be relatively easy to handle and carry around. Another interesting feature of the new T10 is its water resistance rating. It comes with an IPX2 rating. This means the tablet is safe to use under light showers but will get damaged if immersed in water.

Under the hood, the Unisoc T606 – an octa-core processor with two Cortex-A75 cores clocked at 1.6GHz and six Cortex-A55 cores clocked at 1.6GHz, powers the T10 tablet. This is supported by 3GB or 4GB of RAM and 32GB or 64GB of internal storage. The T10 also runs Android 12 out of the box with 2 years of OS updates and support for Google Kids Space and Google Entertainment Space. Other features include Bluetooth 5.0, dual-band Wi-Fi, a headphone jack, and stereo speakers.

Now, this tablet promises a lot for its price and if it is right up your alley, then, by all means, grab one of these when they become available in your region. However, these specs are a little too modest for any device, especially in 2022.

The Android experience might be a little compromised but then for that price, it is hard to complain. We’d recommend the Nokia T20 instead if your budget allows it. The Nokia T10 tablet is expected to retail at price of $169.99 in the US and  £129.00 in the UK and you’ll be able to buy it in August.