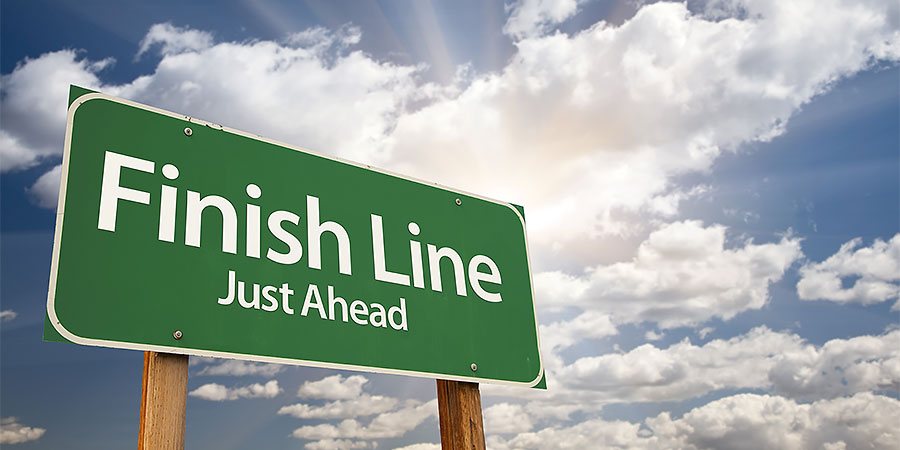 The Personal Computer (PC ) is not dead and Africa isn’t entirely a “mobile only” continent as many event keynote speakers have touted. The PC is still appreciated as the most used productivity tool if stats by global data mining site, Statscounter are to be believed. StatCounter is a web traffic analysis tool whose statistics are directly derived from hits (not unique visitors) from 3 million sites using StatCounter totaling more than 15 billion hits per month. Therefore although its stats might be equivocal, they are significant enough to make some compelling analysis especially for geographies like Uganda where reliable statistics aren’t readily available. The stats constitute top 8 desktop, mobile and tablet operating systems in Uganda from Aug 2013 to Aug 2014 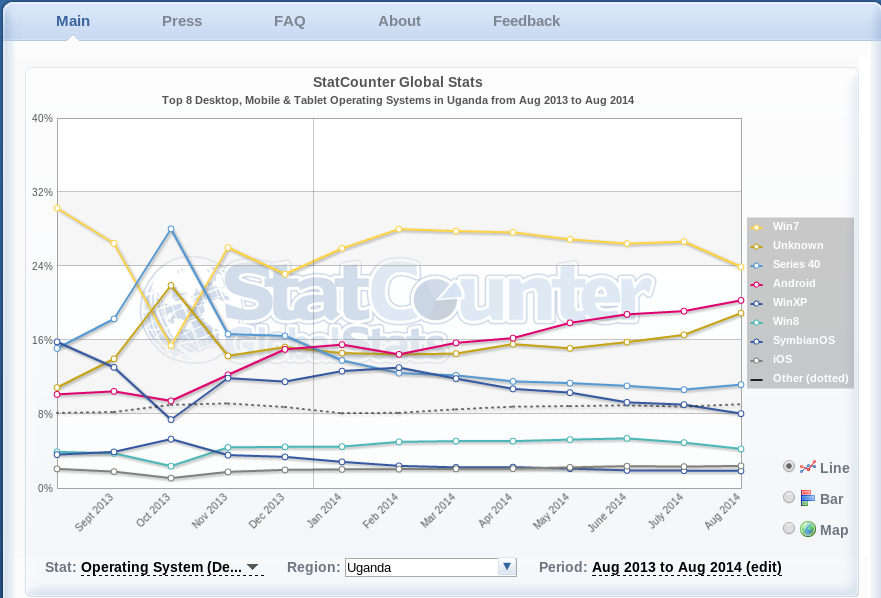 The stats reveal that Microsoft’s desktop operating system, Windows 7 that runs exclusively on PCs is the most used operating system among desktop operating systems such as Windows 8, Mac OS X, Ubuntu among others. This is not at all surprising considering several users must have upgraded from Windows XP; the much beloved desktop OS that several users have stubbornly declined to dump despite Microsoft ending its support early this year. This statistic agrees with our survey of 44 respondents we carried out earlier this year which put Windows 7 on top of all the OSes we listed in the survey.

Windows XP comes 5th in the hierarchy of OS usage, and it could even be better following my informal observations. Microsoft’s latest desktop OS, Windows 8 could also be contributing handsomely to Windows 7 popularity for reasons that need not to be explained if you’ve already had a treacherous experience with the operating system. Windows 8 has had terrible reviews from analysts and continues to be shunned by old-time PC users who find it an acute productivity killer even if Microsoft won’t admit it — or perhaps is beginning to now.

Windows 7’s  position on the top of OS usage gives credence to the overly misunderstood fact that, despite the prominence of Mobile in Africa, the desktop still has a solid place in workplace and at home.

Android is the smartphone King

And now to what everyone must have expected, Android takes the phone OS throne coming in second after Windows 7. The rise of the Android mobile operating system to the [smart] phone throne, not just in Uganda, but across Africa as Statscounter would suggest is properly documented. Google’s strategic “open source” licensing of the mobile operating system to big and small Original Equipment Manufacturers (OEM) such as Samsung, Huawei, LG and Tecno among others has significantly contributed to the ubiquitous adoption of Android devices or Droids as we like to call them.

Even though it historically inspired Android to be what it is today, Apple’s iOS having a market target of North America, Europe and maybe China severely scores low on the charts in emerging markets such as Uganda. Apple’s devices such as the iPhone, iPad and Macbook Pros come at premium prices, often twice or even thrice as much,  which is often way beyond what the ordinary African user is willing to part with.

The number of smartphones in Uganda is estimated to approach one Million units in the hands of about 16 Million mobile subscribers (more accurately Simcards). Android takes the biggest pie in a market contested by Microsoft’s Windows Phone OS on Nokia Lumia devices, Series 40 and SymbianOS which both run on Nokia’s old devices.

It’s not very clear what could lie under “unknown” and “others” on Statscounter chart. Hence we are left to speculate based on our vast local market knowledge on what Operating Systems could probably be constituting these market positions.  Following our survey carried out earlier this year as already mentioned above, Ubuntu, the most popular open source operating system came in second place after Windows 7. This gives us vague pointers to what might unknowingly contribute to these segments. Counterfeit no-brand devices that have ferociously flooded the mobile market in Uganda, which mimic the look and functionality of mainstream brands might also be hiding behind the curtains of “unknown” or “other” operating system.