Honor, Huawei’s budget smartphone sub-brand, unveiled a new smartphone yesterday at its Honor Event which held in Beijing, China. The device, dubbed the Honor Magic 2, packs a number of flagship-standard specifications, particularly in the camera department. One of the highlight talking points of the device is that it comes with a total of six cameras. Yes; one, two, three, four, five, SIX cameras! This makes the new Honor hardware the first device in the world to sport such feature. 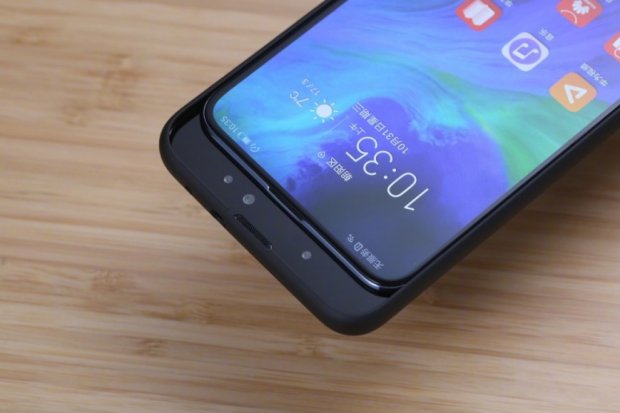 Huawei, Honor’s parent company was the first-ever manufacturer to release a smartphone with triple cameras on the rear — Huawei P20 Pro. Now, the same Huawei, through the Honor Magic 2, announces the world first smartphone to sport three selfie cameras on the front.

To achieve a reasonably high screen-to-body ratio and edge-to-edge bezel design, Honor decided to totally remove the front-facing cameras from the frontal dashboard and embedded them in a pop-up slider that functions in a similar pattern as the Xiaomi Mi Mix 3‘s magnetic slider. 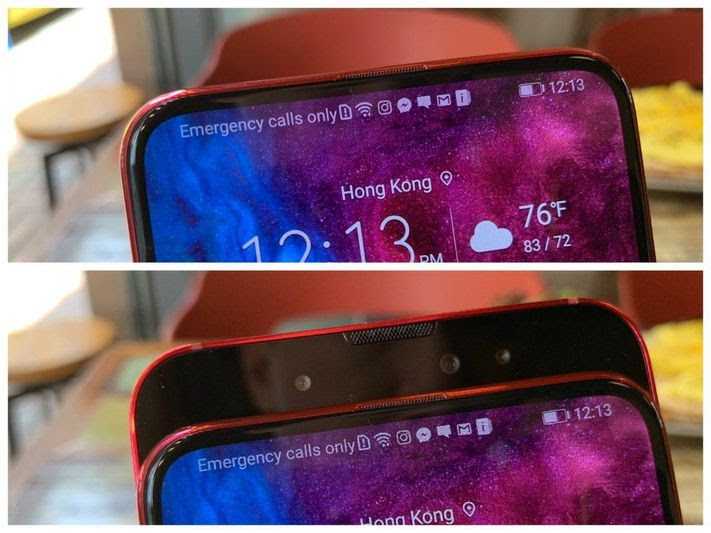 The Honor Magic 2 front-facing cameras come in the following configuration:

If you aren’t a fan of face unlock, there is a fingerprint sensor embedded under the big 6.36-inch FHD+ AMOLED display. 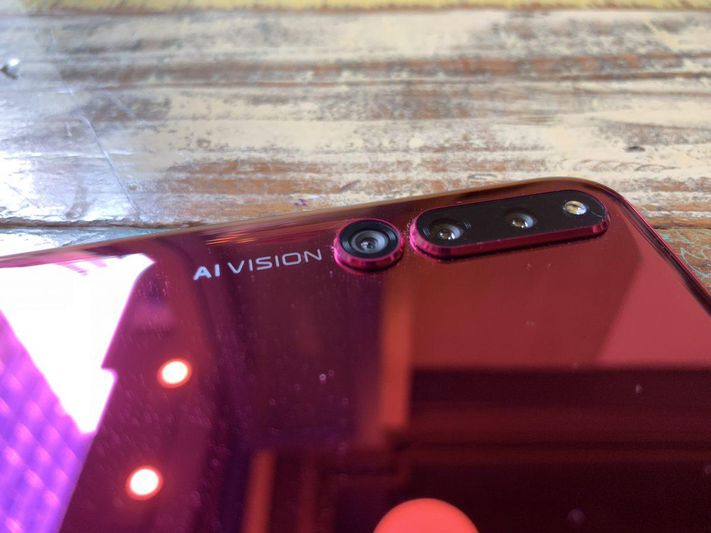 Segueing back to the Honor Magic 2, the device comes with the camera configurations below: 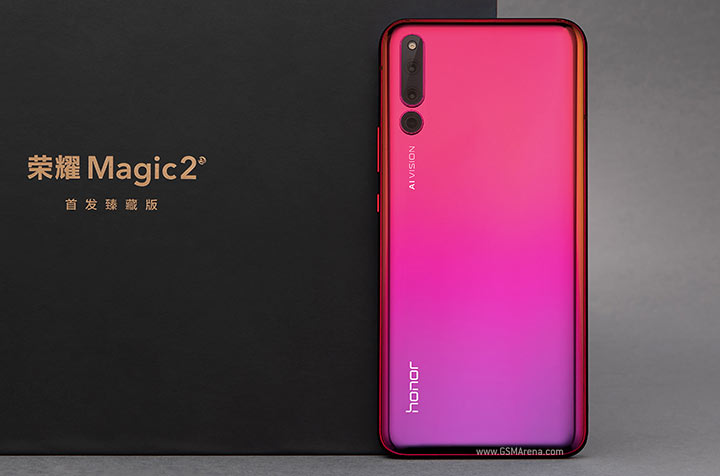 The Honor Magic 2 will be powered by Huawei’s latest HiSilicon Kirin 980 CPU — the world’s first 7nm chipset. The Honor Magic is the second smartphone to come out-of-the-box with the processor, coming behind the Huawei Mate 20 and Mate 20 Pro. Per storage, buyers will have the options of choosing between variants with either 6GB or 8GB of RAM and 128GB, 256GB or half a terabyte (512GB) of internal storage options. 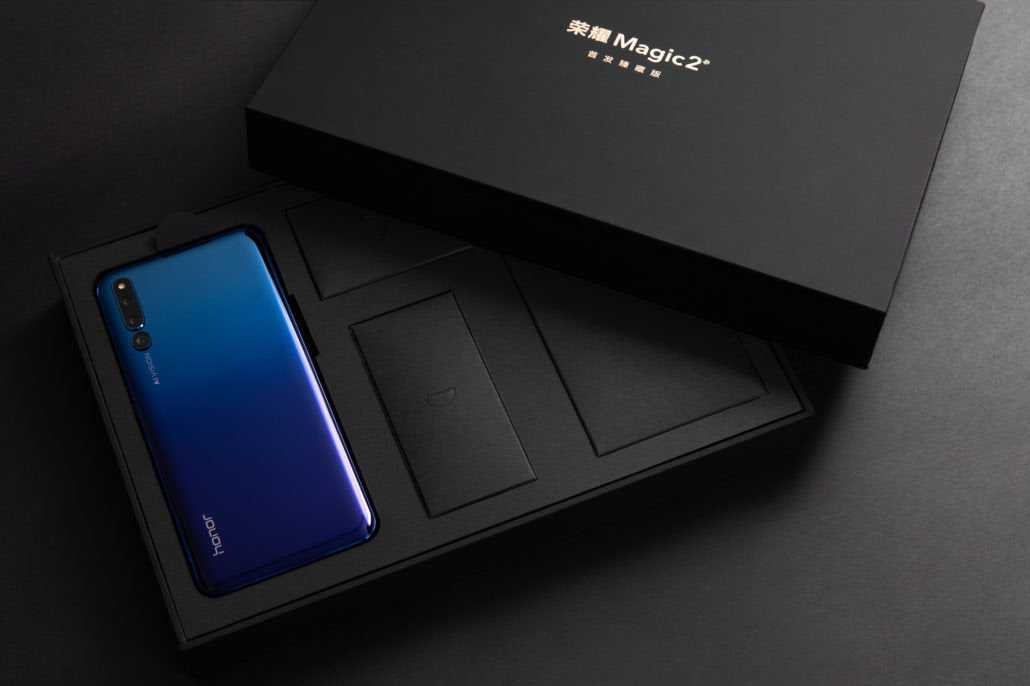 Sadly, there’s no port for storage expansion through external means. So you’d have to make your choice carefully when selecting the variant to purchase! the base model with 128GB should be enough for the average smartphone user, though. To add to the disappointing feature of the Honor Magic 2,  it doesn’t have the traditional 3.5mm headphone jack. Instead, users are left with a single USB-C port for connecting headphones or other smartphone USB-C accessories.

The Magic 2 uses runs the second version of Honor’s Magic UI which is based on the Android Pie operating system. Battery is non-removable and the capacity is capped at 3,400mAh. There’s no wireless charging support but with the inherent Magic Charge technology, users will be able to boost their Magic 2 smartphones from 0 to 50% in 15 minutes, and up to 85% in 30 minutes.

There Honor Magic 2 is available in about 4 different models based in RAM and internal memory combination. And of course, their prices vary accordingly:

There a fourth model with Graphene cooling technology which will ship by December; unlike the three models above that will ship by November 6.

Buyers will be able to buy the Magic 2 in three different colors:  Gradient Red, Gradient Blue, and Gradient Black.