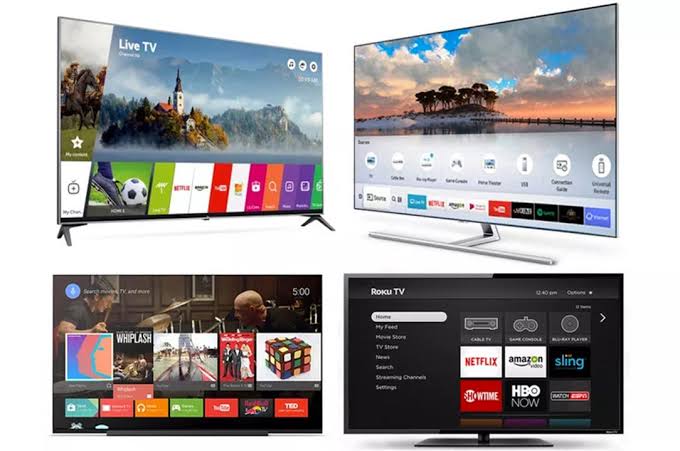 TVs were not smart to begin with when the journey started years ago. A proof that TV industry have come far from what it used to be. Smart TVs have improved on their primary assignment which is delivering quality colourful visual content. It is now a part of the smart home ecosystem performing different functions besides showing programs. In addition, you can also do things like shopping, access Google Assistant, order food as well as control other smart home appliances. In terms of resolution,  we’ve seen the arrival of the 1080p, 4K and now the advent of 8K experience. There is various aspect under which you’ve got improvements to smart TVs and we will be checking out what to expect this coming year.

Display Panel – What is expected

The display has changed over the years from LCD to LED LCD, OLED and so forth. While OLED is still very much going to persist as the top performer this year. There is, however, a strong competition coming from LED-based panel too. You will be seeing more of OLED screen undeniably but you would also be seeing more of QLED screens and MicroLED technology too. It is very much likely to get more interesting with the relatively new technology that are trying to match the contrast and colourful nature of the OLED. Especially the QLED screens pushed by Samsung alongside MicroLED screen too. There is also a likely development of a QD-OLED based TV this year with combination quantum dots in OLED for a better display.

Also see: A guide to Screen Mirroring from Android to Samsung, LG, Sony and Roku TVs 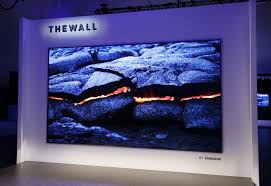 Bigger screens are definitely around the horizon with the unveiling of Samsung 146-inch ‘The Wall’ MicroLED TV. This is very much a behemoth screen which according Samsung can even get bigger due to its modular nature. Which is to say you might be seeing even more of the bigger TVs due to the MicroLED technology that offers quite a crisp colourful visuals on a large scale. Also, the wallpaper TVs looks quite appealing with its svelte nature and thin frame making it a convincing buy. They are also quite large with a LG 77-inch 4K TV and another LG W8 65-inch TV having 4K resolution too. This means there will be a continuation of these brand of TVs this year and a likely increase.

Just when you think the 4K TV Is just absolutely stunning to watch, then there is the 8K TV to blow your minds away. With 8K TVs from Sharp and Samsung already available, you should expect more of the 8K screens this year. Which is very much likely to be joined by LG’s 88-inch OLED 8K TV. Also as screen goes bigger which is already happening, it is only logical that the resolution goes up too. In light of NHK’s permanent transmission of 8K video signal and 8K recording cameras it means more content for consumption.

More content translates too more 8K TVs this year even if there is still a long way to go content-wise.

The 65-inch rollable 4K concept TV is also likely to be released mainstream this year. Like every other smart gadget, AI is finding its way to your TVs as you have on the Samsung Q900 85-inch 8K TV boasting of AI upscaling of lower resolution content to 4320p. Above all, smart TVs are going to get cheaper as it is, just as it has been over the years.

More processing power is coming to smart TVs with a set of next generation chipset like the X1 Ultimate processor from Sony. The future is brighter with a likely release of Sony’s TV that can go up to 10, 000 nits in brightness. This is very much greater than the brightness of any other TV at the moment which offers in the range of 1000 – 4, 000 nits. Although, only a prototype the TV might just be released this year or have the insane brightness come out in other TVs.  Also, more of the Acoustic Screen Sound feature which produces sound through the display screen.

This year’s CES is bound to be interesting as far as TVs are concerned which is why it is usually the highlight of the event. We might get a whole new surprise feature added this year to the TV world which has proven to be on the fast pace over the years. Anyway, let’s keep our hands crossed for what companies like LG, Samsung, Hisense, TCL, Sharp, Panasonic and the likes have for us in the coming CES 2019.