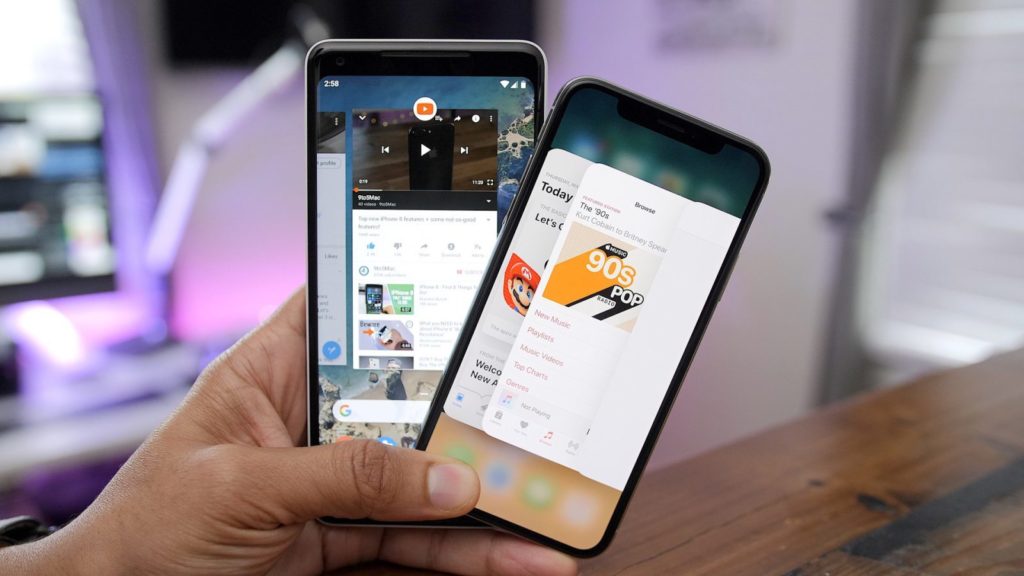 iOS and Android are the two most used mobile operating systems in the world and the rivalry for superiority among devices running these OS will forever remain till the end of time — predictably. Whenever “Android Vs iOS” discussions spring up, one of the major points that iOS devices score over Android phones is how they (iPhones, iPads, etc.) use less amount of RAM than their Android equivalent.

Some of the best Android smartphones have RAM has high as 8GB. Some have 10GB of RAM. There are Ben some gaming smartphones that sport 12GB of RAM. Apple iPhones, on the other hand, do not requires these much RAM to function properly or to be rated the fastest phones in the world. The iPhone XS Max, Apple’s biggest phone, uses only 4GB of RAM.

What is, therefore, the explanation behind the (wide) disparity in the quantity of RAM that comes with iOS and Android devices? Read in to find out.

Why do Android phones need more RAM to run efficiently?

The answer is simple. Android devices generally require more RAM to run smoothly than iOS devices due to the engineering of the programming language used to write both OS. A large part of Android (and Android apps) are generally written in Java because it is the official language for Android development.

Java was the top choice for developing Android because it (Java) uses a “virtual machine” to compile the OS code to run on many devices and processor types — since Android was designed to run on devices with different hardware configurations from different manufacturers. iOS, on the other hand, is written in “Swift.”

Due to how Java is configured, memory released by apps you close has to be recycled back to the device via a process known as Garbage Collection (GC). Unused memory (otherwise called Garbage) has to be cleaned and recycled to the system (via GC) so it can be used by other apps. Garbage collection is super effective for the smooth running of Android device but the problem is that the process itself needs sufficient amount of RAM.

Garbage collection is a process that triggers the recycling of memory once an Android app is done using it.

If the required amount of memory needed for GC isn’t available, processes slow down. This is why Android OEMs generally fit higher (or extra) amount of RAM on their devices so there can be sufficient memory for garbage collection. This explains why you see an Android device usually have twice the amount of RAM on iOS devices.

And iPhones have lesser RAM because?

Besides, Apple has more control over iOS than Google has over Android. Apple knows what type of hardware and devices its iOS would run on and therefore builds it to run smoothly on the devices. Android, as mentioned earlier, is built using Java and is flexible enough to accommodate a variety of hardware and manufacturer specification/modification.

Additionally, Android phones have (and use) more RAM than iPhones because they are more bloated. Another contributing factor is that more Android apps are becoming more advanced, run in the background, and thus need more RAM to operate optimally.

These above paragraphs explain the disparity in the level of RAM on these devices and why a 1GB RAM iPhone would most likely perform better than a 3GB Android smartphone.