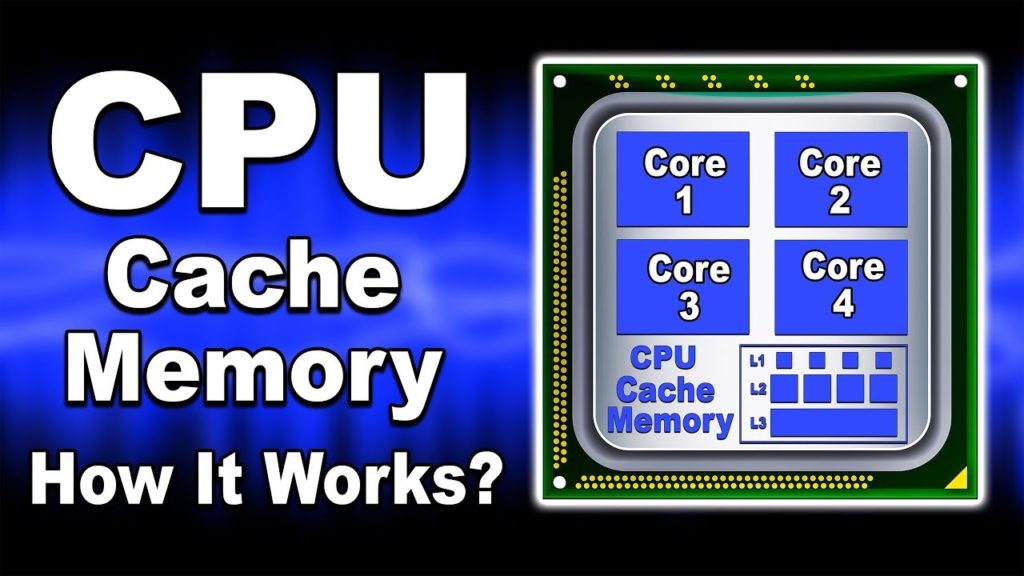 What comes first to mind when you think about computer memory? RAM modules, hard drives, and SSDs are most likely to be top contenders. Of course, you are clearly not wrong. However, there’s another type of memory that’s incredibly fast and essential to the speed of modern computers, it is called CPU cache. CPU cache is a specialized type of memory that is built into the CPU.

You may be rightfully wondering why the processor in your computer needs its own memory. Aren’t those 16 gigs of RAM you already have good enough? To be honest, they aren’t. Don’t get it twisted, those RAM modules are a lot faster than say a hard drive, in terms of data transfer. But your CPU actually needs data much faster than the RAM can provide.

CPUs have always been growing faster over the years as they continue to outstrip RAM modules by wider and wider margins. That means that without faster memory, the CPU will be sitting idle waiting for RAM to catch up. And as a result, your system will run into performance bottlenecks. This is where CPU cache comes in.

Related Article: What Is Hard Disk Cache and Why Is It Important

An average CPU will only have a few megabytes (MB) of cache memory. However, it makes tremendous use of this small amount. When a CPU accesses data from the main system memory (RAM), it generally stores it in the cache. The CPU then uses complex algorithms to predict what other instructions or data might be needed next.

Read More: Intel’s 9th generation processors: All the rumors in one place

It then fetches that predicted data from your system memory and stores it in the cache. Since these guesses aren’t perfect, CPUs suffer from events called Cache misses. This is where a CPU searches its own cache and fails to find what it needs and has to access system memory directly instead. As a result, things get slowed down.

Fortunately, modern processors have gotten pretty good at deciding what to store inside their cache memory. Typically, they’ll have a cache hit rate of better than 80%. Meaning most of the time, the CPU is only processing what’s stored in the cache. Hence the CPU doesn’t have to bother interacting with the slower system memory directly.

As you may have guessed, more cache memory is advantageous. So, when you’re shopping for a processor, the product page will indicate how much level 3 (L3) cache memory it has built-in. Higher-end modules are likely to have a few more megabytes of CPU cache memory. L1 and L2 cache are smaller even faster parts of the cache that your CPU will try and hit before looking for data in Level 3 cache.

That’s cool and all, but will more cache give you more Frames Per Second (FPS) in games or better performance in your other applications? Well, this can depend on the specific application. Nevertheless, you can see performance increases generally on CPUs with larger caches.

So, if you’re buying a high-end processor because you need more cores or better-overclocking potential, basically that processor will probably have more cache as well. Of course, if you want that high-end silicon, make sure that you’re paying attention to how much cash your wallet has. 😉

Related Article: What is a SoC (System on a Chip) and how is it different from the CPU?