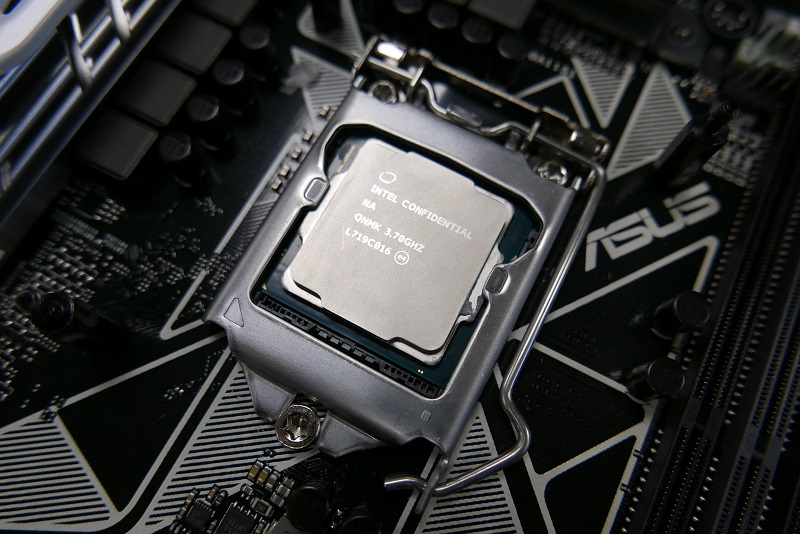 October 1st, the rumoured launch date for Intel’s 9th generation processors is fast approaching. This bit of welcome news should be consolation enough for now, after hearing that  we will have to wait until 2019 at the latest for Intel’s much-awaited 10nm Cannon Lake chips. It’s not much of a silver lining though considering that the upcoming 9th generation processors are based on 14nm process, albeit new and improved.

Much as there isn’t that much information to work with, we have managed to map out what’s in store for us come D-Day, thanks to a leak by WCCFTech. Based on this information, it appears that the new 9th gen processors will come in flavours of Core i9, i7 and i5. The starting lineup will also be unlocked and overclockable (indicated by the  ‘K’ end suffix) as we await the rest of the family to make an appearance in 2019.

And now to get to the meat of the story: the piece de resistance among all these is none other than Intel Core i9-9900K. Touted as the first mainstream Core i9 desktop processor, the Intel Core i9-9900K is expected to have an 8-core count with 16 threads, 16MB L3 cache and also Intel UHD 620 graphics. What’s more, it will feature base clock speeds of 3.6GHz and a Turbo Boost to a whopping 5GHz.

On the bottom rung among the leaked processors lies the affordable Intel Core i5-9600K. Like it’s cousin the Core i7-9700K, it’s limited to 6 cores and 6 threads and runs at 3.7GHz with a Turbo Boost to 4.6GHz. 9MB of cache is all you’re getting with this one. The asking price of $250 won’t dip too deep into your pockets.

How to reset the Mi Smart Band 7

How to reset a Yeelight LED bulb

The Best Affordable Printers You Can Get in 2022