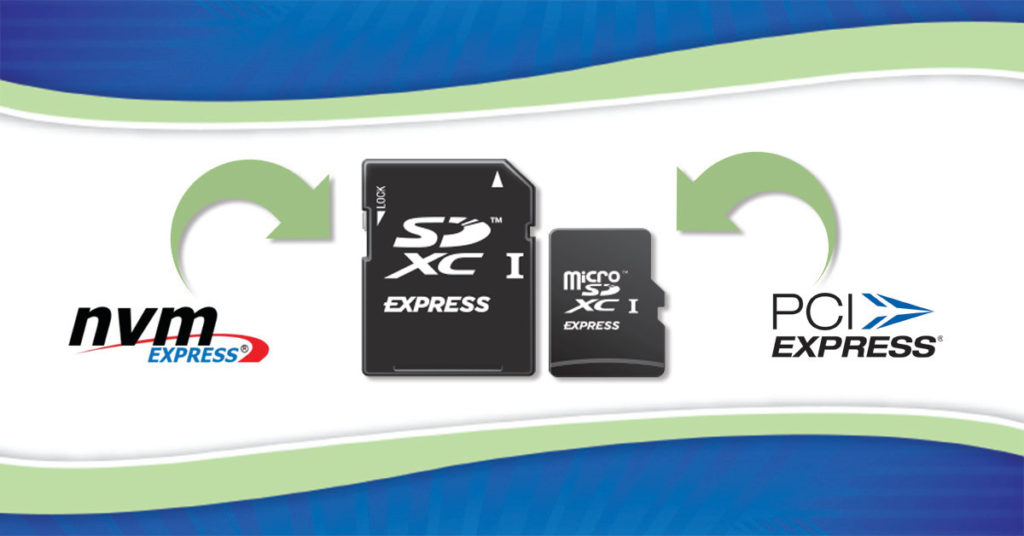 On 19th May 2020, the SD Association released a new SD standard called SD Express 8.0. This new specification promises data transfer speeds of up to 4 GB/s by using two PCIe lanes at 2 GB/s each. The SD Express 8.0 spec uses NVMe technology built on the PCIe Gen 4 standard. This technology is common in high-speed Solid State Drives (SSDs).

The former SD Express 7.0 spec that powers CFexpress format uses PCIe 3.0 and was released in July 2018. This SD 7.0 spec was the first to use PCIe Gen 3.1 and NVMe architecture on SD cards. However, the new SD 8.0 specification can utilize a couple of means of data transfer.

Also Read: SanDisk has released a 400gb microSD card and it costs more than some smartphones

First, SD Express 8.0 can achieve up to 2 GB/s transfer speeds using a single PCIe 4.0 lane. This is possible on an SD card format that has two rows of pins. That combination is technically denoted as PCIe G4L1. Optionally, SD 8.0 can use two lanes of PCIe 3.0 which adds a third row of pins.

This second combination is technically known as PCIe G3L2. The last and fastest combination is PCIe G4L2 which uses three rows of pins via two lanes of PCIe 4.0. This is the combination that achieves 4 GB/s speeds.

The 20-year-old SD Association believes that the new SD 8.0 spec comes in to add to a variety that will enable manufacturers to utilize the elevated speeds of SD Express by providing consumers with more choices in terms of storage.

The SD Association also believes that the new SD Express standard will present more opportunities for using removable memory cards for high-performance applications. Importantly, the SD Express 8.0 spec has backward compatibility with all previous generations meaning it will be on SDHC, SDXC, and SDUC memory cards

I should mention that SD card makers and camera manufacturers are yet to utilize the SD 6.0 spec that makes use of UHS-III format. However, Sandisk has already demonstrated prototypes of SD Express 7.0. This could easily mean that the industry will entirely skip the UHS-III spec.

You should also know that there is an alternative format for memory cards called the CFexpress standard. This standard has seen increased adoption because of its impressive performance as well as speeds. CFexpress cards offer speeds of up to 1 GB/s per lane and can use up to four PCIe lanes.

Note that the current CFexpress 2.0 spec offers speeds over four PCIe 3.0 lanes which are similar to speeds of SD Express 8.0 over two PCIe 4.0 lanes. Things should get interesting and feisty in the SDA vs CFA arms race for memory cards when the CFexpress standard adopts PCIe Gen 4 interfaces.

Practically, it will take considerable time before these new specifications and their respective performance upgrades become common features on our products. The new SD Express 8.0 basically provides groundbreaking technology for super-fast cameras. This technology will be particularly beneficial in 4K and 8K cinematography.

What do you make of this new SD Express specification? Share your thoughts with us in the comments section below.