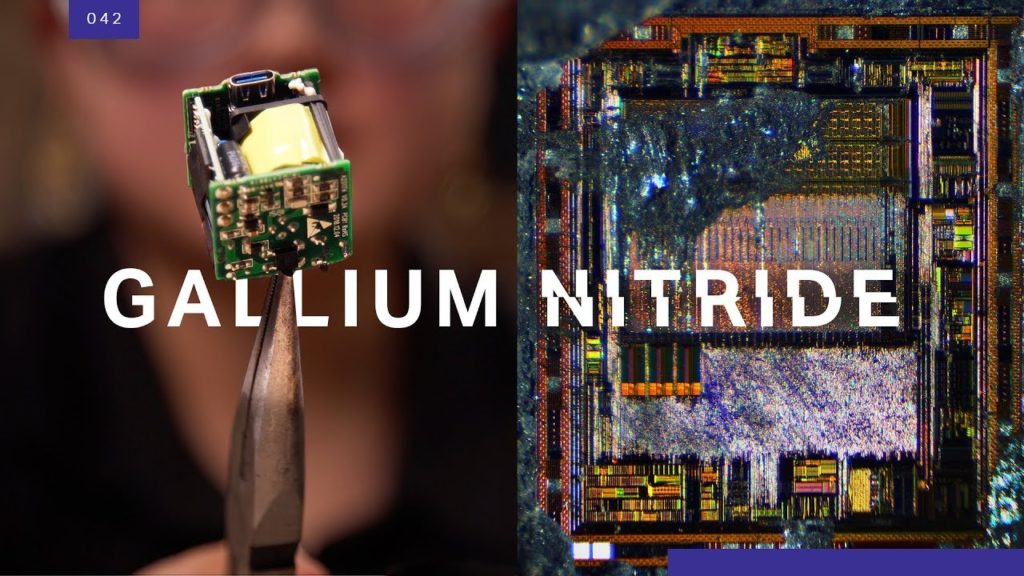 Gallium Nitride can pave the way for a whole new generation of miniaturized tech by making electronic components smaller and smaller. laptop and phone chargers will get to the point where you just have a cable going straight from the power outlet in your laptop without the bulky brick. For that to happen, you basically need GaN in electronics.

Experts in the Gallium Nitride electronics field have bigger dreams for the material than just laptop chargers. Better solar cells, more efficient power transmission, and electric cars are just a few. Electric cars will be much more efficient than current cars and would also have a much longer range. And that is just the tip of the iceberg regarding GaN’s potential. There’s a lot up for grabs with this developing technology.

For example, there is a phone charger already in the market from Anker called the PowerPort Atom PD 1. This is among the few gadgets that use GaN semiconductors that have been mass-produced. Inside the charger, Gallium Nitride is responsible for managing the power use and energy consumption of the device.

Read More: Graphene Battery Technology: All You Need To Know

How Gallium Nitride Is Made

You might be familiar with the element Gallium, YouTubers loves it. There are probably a million videos dedicated to playing with it, it is a lot of fun. Gallium has a melting point of around 86 degrees Fahrenheit (30℃), which means just your body heat is enough to turn it into a liquid. As a potential replacement for Silicon electronics, Gallium becomes very exciting when combined with Nitrogen.

To make Gallium Nitride, scientists use gases that contain Gallium and other gases which contain Nitrogen. They basically flow them across a hot surface. These gases then react chemically and form very tiny thin layers of this material. The resultant material is one-hundredth of the human hair thick, so they’re very small but very powerful.

For the past 20 years, this material has been popping up in a few common places. The major market has been in LEDs and lasers. Blu-ray DVD players actually use GaN lasers to read discs and get that super high resolution. There are laboratories that are improving microscopes by using tiny GaN lasers. But it is within the semiconductor industry where GaN should really take off.

Read More: How nanobatteries will change the design and performace of your device

How Is Gallium Nitride Better Than Silicon

The key is that Gallium Nitride edges off Silicon when it comes to efficiency. With GaN, you lose only one percent of the energy you are basically trying to convert. When it comes to Silicon devices, the loss goes up to 3 percent. It may not seem like a lot, but when you factor in the quantity of Silicon we use in everything, it quickly adds up.

Also, if you look at Gallium Nitride electronics, you get the idea that they are slightly more expensive than Silicon, but not dramatically more expensive. However, if you were to build a system using GaN, it would actually be much cheaper than using Silicon. And better in better performance as well.

Then there’s the sustainability angle too; losing less energy means saving power. One estimate we found said that GaN electronics can save 10 to 20 percent of electricity consumption worldwide by 2025. That’s really exciting, but remember the immediate future of Gallium Nitride looks more like the laptop chargers that I started by alluding to.

It’s not Gallium’s fault that it isn’t catching on like wildfire. We know it works, and it works really well, but the problems are systemic.

Silicon is cheap, it’s ubiquitous, we are used to it and the entire electronics industry is built on it. However, Gallium Nitride has very many researchers in the materials industry totally buying into it. It just needs to get substantial attention from Silicon Valley.

The main obstacle for widespread adoption is basically that manufacturers just need to get used to its different components. You normally wouldn’t take a normal circuit with Silicon components and directly replace one component with GaN. There is a need to optimize all the other electronics around.

This is why electronic companies tend to be conservative about GaN. They know it works but also that they will have to start rebuilding the circuits to take full advantage of it. That’s starting to happen at the moment, but it is definitely going to take some time.

Read More: Fiber Optic vs Copper Cables: How Do They Compare?

3. Process Of Making GaN Is Expensive And Wasteful

Again, right now creating Gallium Nitride is expensive. You often have to use a lot of pressure or very high temperatures to grow GaN crystals. Also, the crystal growing process can lead to a lot of defects which means you need even more to get enough useful material.

On the other hand, researchers are attempting to grow Gallium Nitride off the top of Silicon so we can use the platforms we already have. But even that still takes some special apparatus. So for now, the industry will have to juggle multiple kinds of semiconductors. In some of the cases, GaN will be better than Silicon and in some other cases, Silicon will be better.

Are There Other Options?

Though GaN is a favorite, there are other materials that are contenders; Silicon Carbide and Gallium Oxide, these also have their own benefits and drawbacks. Hence it’s a whole space that has to be explored. It definitely will take some time before Gallium Nitride takes over the electronics industry, but its market share does seem to be growing.

Anker is making more and more chargers with different specs that all feature Gallium Nitride. Meanwhile, RAVPower has also made a Gallium Nitride charger.

So let us be patient with this developing and exiting technology and see where it gets us. Do you think this will revolutionize the semiconductor industry and electronics as we know them? Kindly share your thoughts with us in the comments section below.

Read More: Why Laptops Are Getting Lighter (But More Powerful)