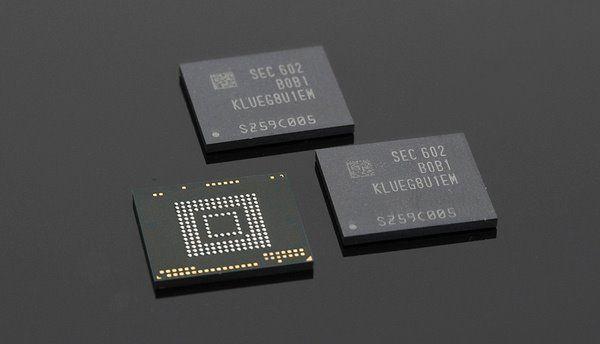 The RAM (random access memory) is a volatile memory in the sense that it’s constantly being erased and new data written on it. Also referred to as main memory, programs (apps and even the OS) have to be first loaded onto the RAM before they can run. In that sense, the RAM has a lot of influence on how well your computer works.

A quick look at the specs of a smartphone for example might give you a good idea of what the smartphone can do. However, there are more details that many look for in a smartphone especially when talking about gamers and some heavy users. For instance, instead of just looking at storage size like ‘128GB’, some check for the storage type if it’s eMMC or UFS and what version it is, or when you look at just screen type, resolution and size, some also check for sampling rate and refresh rate.

That being said, the OS helps manage the RAM by allocating the memory space for apps running on your device. For instance, when you open a new app and your RAM is running low, it closes the oldest background app to make space for the new app. If your RAM is full, the computer loads app from the internal storage which is much slower, hence, slowing down your computer.

In other words, the RAM also decides how well your device will multitask. or how many apps you can have running at a time without it getting closed. Although LPDDR (Low Power Double Data Rate) RAM is used in laptops and other devices, it is most common in mobile phones so we will be discussing it in that context.

A Quick History of RAM in Mobile Phone

We’ve come a long way from what RAM used to be on smartphones, from the small memory size to the large memory size and more sophisticated ones we have today. In the late 90s, mobile phones like the Nokia 9000 Communicator had the EDO DRAM which was like 8MB then.

Then mobile-SDRAM (synchronous dynamic RAM) was introduced in the early 2000s. A game-changer was Samsung’s low power 512MB SDRAM which was a breakthrough then. Other types of SDRAM like the e-DRAM (embedded dynamic RAM) featured on the first iPhone and other devices came into the picture. Then the mobile-DDR or LPDDR was developed in the onset of the 2010s and that’s where we will start discussing the types of RAM in a mobile phone.

This is usually confusing for some, especially when you see that the memory clock speed is the same for the first four generations of LPDDR. So you might ask yourself how exactly is LPDDR2 faster than LPDDR3 when they both have a memory clock speed of 200MHz.

The prefetch buffer depth can be referred to as the ratio between the memory clock and the I/O bus clock. In a 16n prefetch architecture (such as LPDDR4), the I/O bus data transfer rate will operate 16 times faster than the memory core (each memory access results in a burst of 16 data words on the I/O bus clock). Thus a 200 MHz memory core is combined with I/O bus data transfer rate that each operate 16 times faster (3200 megabits per second or MT/s).

Here is an analogy that I saw and I think will help “Imaging a Honda sedan (LPDDR2) and a Ford pickup (LDDR3) travelling at the same speed (internal rate/memory clock speed). Which one do you think could haul more cargo?”

Read More: Why do iPhones have less RAM than Android phones?

Difference between LPDDR in Laptops and Smartphones

LPDDR is designed for portable devices and is the choice of RAM for ultrabooks like recent Macbooks which are slim and sleek as well as smartphones. Although the underlying tech in the LPDDR in phones and laptops are the same, the design of the DRAM chip is different regardless of the generation because the motherboard circuitry on the phone and laptop are not the same.

Besides, the SoC on laptops and phones are different so the DRAM ICs are usually designed to fit the specification of the processor because they are always soldered to the same PCB. For example, laptop LPDDR usually has a 64-bit wide memory bus in contrast to that of a phone that has a 16/32 bit data bus. The packaging of LPDDR in laptops and phones are just different from areas like pin density to the overall design. Nonetheless, they are both not modular, hence, why you can’t change the RAM in some Macbooks or ultrabooks and definitely not in a smartphone.

Types of RAM (LPDDR) in a smartphone

The RAMs on smartphones are LPDDR (low power double data rate) which is suitable for mobile phones and other mobile devices because of the low power consumption unlike the DDR (double data rate) used in some laptops and desktops. These types of RAM can also be referred to as DRAM (dynamic random access memory) or SDRAM (synchronous dynamic random access memory). LPDDR is also called mobile DDR (mDDR) because it is suited for mobile devices because of its low power consumption.

Unlike SRAM (static random access memory) that can only perform one operation/cycle per second, LPDDR is a DRAM which means it can perform multiple cycles per second.

The first generation of LPDDR is from the adoption of DDR SDRAM with few changes made to it to make it suitable for mobile devices, smartphones inclusive. This was the type of RAM that was present in smartphones like the Moto Droid X, iPad (1st generation and a bunch of others in the early 2010s. You have a speed of 400MT/s on the LPDDR1 and up to 533MT/s on the LPDDR1e. You’re very much unlikely to come across a smartphone using the LPDDR1/1e RAM at this point but this was a noteworthy milestone in the mobile RAM journey.

The next generation is the LPDDR2 improving memory density, power consumption, performance and size. It was designed to cater for the growing smartphone industry. The LPDDR2 first allowed for a shared NVM (non-volatile memory) and SDRAM interface which leaves room for more memory density up to 8Gb. Also, you’ve got 50% power efficiency over its predecessor with a core voltage of 1.2V as opposed to 1.8V of LPDDR1.

In addition, with a data width of x8, x16 and x32 and double the data rate of LPDDR1, it has a faster execution time because it is able to process more data at a time and at a faster rate. Samsung was able to take advantage of this new tech and built a 20nm 4Gb LPDDR2 DRAM to offer up to 2GB RAM which allowed smartphones to be slimmer and with more RAM. Smartphones like the Nokia Lumia 800, Samsung Galaxy SII Plus, iPhone 4S, Blackberry Porsche Design and more had it.

Find Out: What is a RAM drive

This went mainstream in 2013 and it was quickly adopted because it used the same interface as the LPDDR2 so there was no need for new architecture. This came with 50% more bandwidth from up to 8.5GB/s to 12.8GB/s and adoption for ODT (on-die termination) which enables efficient system operation.

More so, LPDDR3 also brought better power efficiency and greater memory density of up to 32Gb as opposed to the max of 8Gb on LPDDR2. The LPDDR3 pushed the boundary beyond support for 1080p video playback for bigger screens and enable streaming of 1080p content for a better visual experience.

Furthermore, you have a faster data rate of up to 1600MT/s and 2133MT/s on the LPDDR3e (enhanced LPDDR3). In accordance, SoCs like the Exynos 5 Dual, Snapdragon 600 and 800 that supports 800MHz LPDDR3. Some of the smartphones that have the LPDDR3 RAM include Samsung Galaxy S4, iPhone 6 and Tecno L3.

As time went on, more was demanded from mobile phones and to cater for this the LPDDR4 was developed and the standard was published by JEDEC in 2014. Features like slow-motion video, 4K video, face recognition and low latency video as well as the need for faster booting and loading time is why performance has to be constantly improved. In this regard, the LPDDR4 comes with an even faster data rate at 4266MT/s (but realistically 3200MT/s) and bandwidth of 25.6GB/s at a data width of x64.

All of this is done even at a lower operating voltage of 1.1V which makes the LPDDR4 not only faster but also consumes less power. Unlike the one channel die in LPDDR3, LPDDR4 has a two-channel die with 16bits per channel and a shorter data path to improve operational speed. The LPDDR4X takes things even further, reducing I/O voltage to 0.6V from 1.1V and actually bumps the data rate to 4266MT/s.

Check Out: How to tell how much Computer RAM you need for your PC

Furthermore, the LPDDR5 standard was published by JEDEC in 2019 and like the generations before it, it doubled the data rate of its predecessor and 50% the data rate of the LPDDR4x with a 6400MT/s data rate. With processors getting faster, the onset of 5G and more performance demanding mobile games, a faster memory had to be developed.

In segue, it also has increased power efficiency with dynamic voltage scaling (DVS) and new multi-clocking architecture for lowering RAM frequency and voltage accordingly. DVS makes it possible for LPDDR5 to be able to support core voltage of 1.05V and I/O voltage of 0.5V while operating at high frequency and 0.9V and 0.3V at a lower frequency. This way, the LDDR5 consumes less power compared to its predecessors.

An extension to the LPDDR5 has been announced by JEDEC, the LPDDR5X improves the data rate of the predecessor by 33% from 6400Mbps to 8533Mbps. Since DRAM manufacturers have been able to fully explore the LPDDR5 standard, this update to the standard in the form of the LPDDR5X needed to be developed.

On the LPDDR5X, you have improved signal to noise ratio as a result of the addition of pre-emphasis function which allows for a higher clock rate and better performance. This new addition also reduces per pin decision feedback (DFE), bit error rate and improves adaptive refresh management.

However, there isn’t much of a difference in the tech between the two besides the increase in bandwidth in the LPDDR5X. Currently, the only device rumoured to feature the LPDDR5X is the Xiaomi Mi 12 which is expected to come with Qualcomm Snapdragon 898 SoC which is expected to support LPDDR5X but you should expect more devices with it later in 2022.

Each generation of LPDDR RAM comes with double the data rate and a significant reduction in power consumption. This is a summary of the specs from each LPDDR generation to date below.

Here is a graphical representation of the progression in the speed of each LPDDR generation over time This shows how fast the LPDDR technology is advancing with a significant increase in speed over each generation.

While there is much more to what goes into each LPDDR generation, this is just an overview to get you acquainted with the tech that goes into your mobile computer RAM.