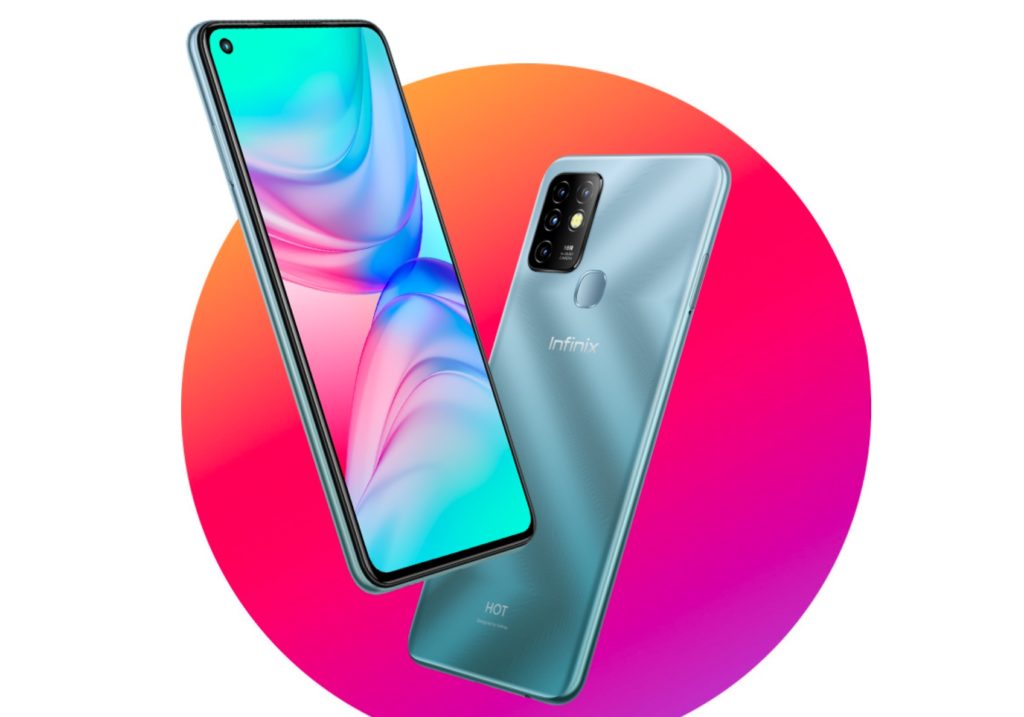 The smartphone world moves fast and competition is stiff. One way for the phone makers to stay relevant in the market is by releasing (top-quality) devices frequently.

This method, which seems to be the MO for a few Chinese brands in the market today, has proved rather effective. Less than 6 months since the launch of the Reno3, we’ve recently seen the Reno4.

Also employing a similar strategy is the Transsion-owned Infinix brand. The device pictured above is the Infinix Hot 9. Launched in Kenya and Uganda back in March, the device stuck to its roots, delivering a decent smartphone experience at a very affordable price.

Well, fast-forward 6 months and Infinix is already delivering its successor, the Infinix Hot 10 and Hot 10 Lite.

6 months is not a long time to innovate and as such, the Hot 10 is not a drastic departure from the Hot 9 from the build to its internals.

The Infinix Hot 10 is powered by the Mediatek Helio G70 chip, paired with 3+32GB for the base model —although this can be spec’d up to 6GB RAM and 128GB internal storage. Keeping everything juiced up is a 5200mAh cell, up from its predecessor’s 5000mAh cell.

Let’s talk about cameras for a moment. At the back, the Hot 9 sports a 16MP main camera, a 2MP macro camera, and a 2MP depth sensor. At the front, there’s a hole-punch in the display that houses an 8MP sensor.

Good stuff here. We’ll reserve our opinion for when we get a review unit to put it through its paces.

The Infinix Hot 10 is available in a few color options including Obsidian Black, Ocean Wave, Amber Red, and Moonlight Jade.

So what if you’re in the market for something a little cheaper than the Hot 10? Well, Infinix has something else just for you — the Hot 10 Lite.

The Infinix Hot 10 Lite waters down the specs of the Hot 10 and offers a rather compelling value proposition while at it.

It gets rid of the G70 chip and instead, employs the Mediatek MT6762D Helio A25. It also skims a little on the RAM and storage, offering users a 2+32GB combo. For a 2020 smartphone, this might be a little cramped. For the basic and lightweight smartphone users, however, the storage configuration should suffice.

The Hot 10 Lite retains the triple camera setup of its beefier sibling but waters down the sensors to a 13MP + 0.3MP + 0.3 MP combo with the main, macro, and depth sensor respectively.

While launching a new device every other day might work in allowing the company to remain relevant, it does have its drawbacks. Transsion brands are already doing dismally when it comes to updates.

Releasing even more devices does not help this situation as the pool of devices that need to get supported (updates) only continues to grow.

Also, these devices released in quick succession bear little to no difference with each other. You see how a user could easily get confused in such a situation?