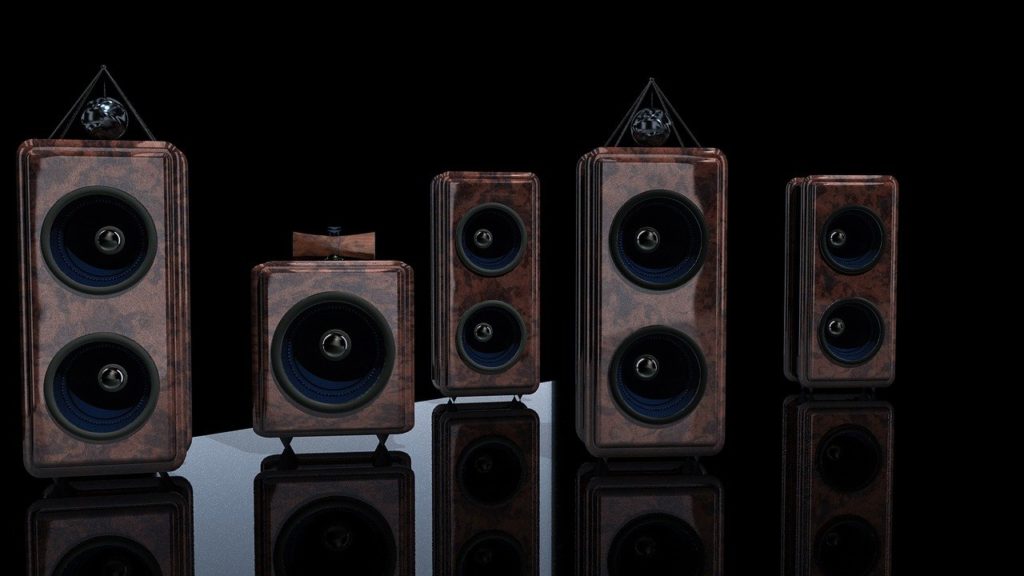 Have you ever been to a movie theatre where you were impressed with the audio experience? Or you got baffled by a similar experience by your nerd friend’s audio rig. You then probably couldn’t stop wondering what it would take to replicate the same at your place.

The next logical thing was probably to turn to the internet to do some window shopping for a home theatre system. I would be willing to bet that the window shopping experience wasn’t as straightforward as you had hoped it to be.

You were probably thrust into a disorienting vortex of numbers and dots like 5.1, 7.1, and 5.1.2. Today we’ll focus on explaining what the numbers and dots mean in surround sound naming schemes.

Each channel can receive a separate audio signal. Let’s say you’re watching a movie that has its audio encoded in 5.1 surround. The source will likely send dialogue to the center speaker. The other speakers will play audio relative to the action on the screen for a more realistic and immersive experience.

By contrast, a 2.0 system simply indicates a stereo setup with a left and a right channel only. A 7.1 surround system indicates two additional rear channels above a normal 5.1 system for greater immersion.

The second number within the surround sound naming convention indicates a low-frequency effect (LFE) channel. This is normally reproduced with a subwoofer. You see, the woofers on regular speakers typically aren’t powerful enough to accurately reproduce very low frequency.

This is why subwoofers are so often paired with speaker sets. A subwoofer will only reproduce sub-bass. This is the reason it is broken out as a separate entity to indicate that it’s not a normal speaker.

You might also see 5.2 or even 5.4. This indicates that the system supports two or more subwoofers for extra-bass, or for a little more spatial accuracy.

Also Read: What is a Smart TV Soundbar?

Now, you won’t always see a third number to describe a surround setup as that convention is quite new. But if it is included, this indicates overhead or height channels. These are ceiling-mounted or in-ceiling speakers. This third number typically indicates that it’s a system that supports an object-based surround sound protocol.

The most common object-based protocols are Dolby Atmos and DTS-X. With these, the sounds are recorded as individual objects in 3D space instead of simple channels.

Now that you know what the numbers mean, there are a few other points to keep in mind before you take the plunge. Remember that the numbers represent channels and not speakers. While each channel does usually get one physical speaker unit, a major exception is the ever-popular Soundbar.

It’s quite easy to find a 2.1 soundbar that contains two separate sets of drivers. The two will be for your left and right channels as well as a built-in subwoofer. So even though 2.1 might make you think of three separate speaker units in the box, that isn’t always the case.

Similarly, the third number is present in setups that have no actual overhead speakers. Instead, there are upward-firing speakers that are either built into the Soundbar or sit on top of your existing speakers. These bounce sound off your ceiling to simulate sounds coming from above you, with mixed results.

Also Read: Soundbar vs Soundbase: How Are They Different?

Another key point for the best experience is that the source material should be encoded in a way that matches your speaker setup. However, object-based schemes, like Atmos can scale to a different number of speakers. All the way up to 64 speakers. There’s lots of content that is specifically encoded for 5.1 or 7.1.

Don’t worry if the encoding doesn’t match your setup exactly. Modern receivers can easily down-mix the 7.1 signal to work on just two surround speakers if you have a 5.1 setup. They can also up-mix a 5.1 signal to work on a 7.1 home theater. All this is achieved with software trickery like Dolby Pro Logic IIx.

Dolby Pro Logic IIx is commonly found on most modern receivers. This technology basically analyzes the audio signal to figure out what sound should be coming out of what speaker and when. That’s pretty much all you need to understand the Surround Sound naming conventions.

If you learned something new here today don’t hesitate to leave a comment down below, or even share this article with your friends.

Also Read: Top 9 Things to Consider Before Buying A Soundbar For Your Home