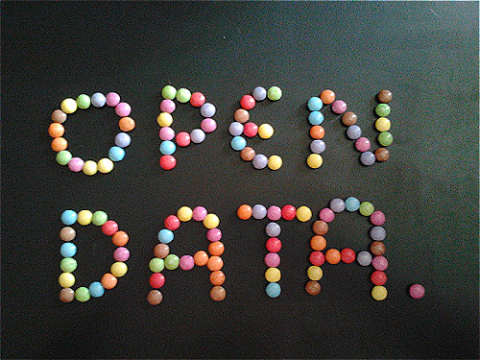 “In countries where menstrual hygiene is taboo, girls in puberty are typically absent for 20 percent of the school year.” That’s a statistic from this UNICEF report.

Behind this absurd fact is the plight of many girls in Africa who can’t afford sanitary products to keep them be comfortable and clean during their menstrual cycles. As such, they prefer to stay at home or even worse drop out of school to avoid being mocked by their fellow male counterparts according to this article on Thinkpressafrica.com.

This data set has led to interesting innovations with the goal of guaranteeing education of such girls. One such innovation is  Dr Moses Kiiza Musaazi award winning biodegradable Maka pads that cost as low as UGX 900 ($0.35). This and more are some the some of the good things that happen when  Open Data in Africa is freely available and meaningful actions taken.

Open Data: Cloudy with a chance of raining Data

If you watched the classic animation inspired by Judi Barrett’s American children’s book “Cloudy with a Chance of Meatballs” which focuses on a town where food falls from the sky like rain, then you have a better imagination of what Cisco predicts will happen by 2020. According to the IT equipment and Cloud vendor, 50 billion devices including smartphones, tablets, laptops, fridges, cars etc will be connected to the internet all contributing information to an already large data set.

With advances in technology such as Cloud computing, The Internet-of-things, Social networking, Smart devices, there’s going to be an explosion in Data like never seen before in human history. Unfortunately, this information will be locked in big corporations such as Google, Facebook and government institutions accessible on a need-to-see basis.

However, citizens are demanding more transparency in public Data which is leading to Open Data and content.

But what is Open Data? According to opendefinition.org, “a piece of data is open if anyone is free to use, reuse, and redistribute it — subject only, at most, to the requirement to attribute and/or share-alike [license].”.

What happens when a piece of data is open to anyone in the general public to use? The  African Development Bank (AfDB) believes it will lead to improvement of governance and public accountability of elected officials. The development bank last year announced that it has completed the last phase of deploying its Open Data for Africa platform across the continent following deployments in Benin, Comoros, Côte d’Ivoire, Djibouti, Equatorial Guinea, Eritrea, The Gambia, Guinea-Bissau, Liberia, Kenya, São Tomé and Príncipe, Sierra Leone, Swaziland, and Togo. The platform has now been rolled out to all 54 countries across the continent.

The Open Knowledge foundation also thinks that government information about budgets, procurement and expenditure enable citizens to find out where their taxes are spent, and to ensure that elections are free and fair.

As such, besides the open data for Africa platform, there are a number of other Open Data initiatives in various countries. In Uganda for instance, data.ug bills itself as a central repository of various public data-sets in Uganda. opendata.go.ke is another open data initiative in Kenya with data-set such as Exam results, Local Authority Expenditures by year, Health facilities across the country among others.

When I spoke to Michael Niyitegeka  who is an expert in Leadership Development, IT Strategy, Communication, and Business Process Strategic Alignment about the open data, he said “It’s about accountability. Government presents information about its budget and how it has spent the money. The public then comes and validates whatever data is presented based on the actual output”. But how do you make public data reusable since for long this information has been locked in some kind of vault because of vested interests? Michael thinks It’s the responsibility of governments to make this data available to the public domain. For instance we’ve seen the executive director of Kampala City Council Authority, Jennifer Musisi  share information about the status of current projects on Twitter.

According to Open Knowledge Foundation, everyone should have access to publicly-funded research in all areas, including the latest in science, medicine, and culture.

But is data in and of itself a powerful tool that can be used to effect change? No. Thijs Kuiper from Mountbatten, the organization behind Open Data portal data.ug thinks that data can’t be useful until it is meaningfully interpreted. This means taking it off those excel sheets and PDFs into more easily digestible forms that don’t require much thought from the ordinary user to make meaning of. Journalists have to crunch this data and tell stories while visual designers can create more compelling stories through visualization aids like Infographics.

There is now more interest in Open Data than ever before. More data portals and related projects are opening up every so often. But without adding context and meaning to this data-set to empower the ordinary user take impactful action, Open data might turn out to be another fading buzz word.