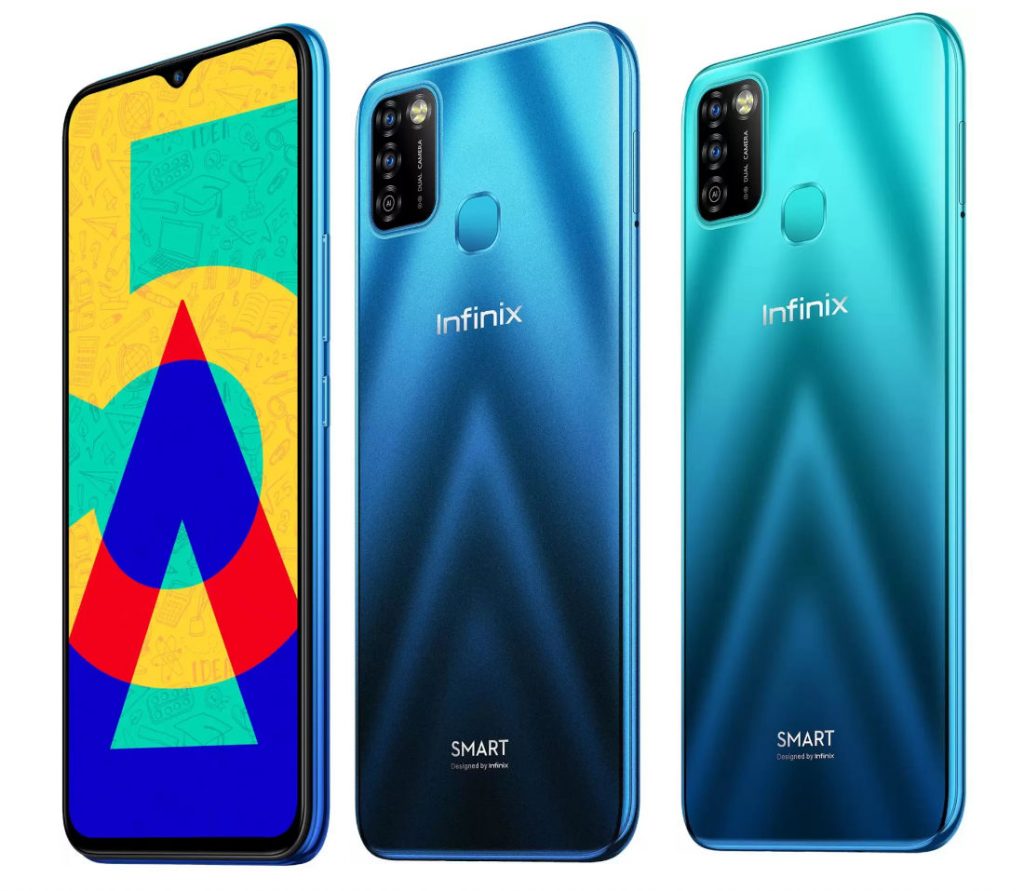 Infinix Smart 5A is the newest member of the budget Smart series from which we saw the Inifinix Smart 5 that was included in our best Infinix smartphones list last year. The new refresh to that smartphone also comes at a low-budget price which means it is easily affordable for folks who are looking for an affordable Android phone. The smartphone comes at a similar price range as the likes of the iTel A48 and Tecno POP 5P. That being said, this smartphone comes with that modern low budget look which means a glossy finish and a big screen if that’s your kink.

Read More: Oraimo Accessories that you can buy in Nigeria and their Price

Appearance-wise, the Infinix Smart 5A comes with a flashy look available in about three colour options. There is also a waterdrop notch at the front with a big screen ladened by fairly standard bezels you’d expect in a budget smartphone. There is a nice thing going on here as regards the build with just a thickness of 8.75mm considering the battery inside and weighs just 183g. The display is fine for an affordable phone that cost just about the same price as budget smartwatches.

The internals is pretty basic as well, it does not really carry any punch but does enough to serve you on a daily basis doing average power-consuming tasks. There is a Quad-Core processor with a clock speed of 1.8GHz and 2GB RAM all of which the Android Go Edition makes the most of. This smartphone runs on Android 10 by the way with Go Edition Google core apps pre-installed. Also, the smartphone has a fairly sizable battery capacity here which is quite useful for those that are on their phone more.

Furthermore, this is not the phone you would want to play Call of Duty, PUBG or Genshin Impact on, considering the hardware inside. The Infinix Smart 5A is an entry-level smartphone just like the predecessor and it does well as just serving you as one. Nonetheless, you do have a nice camera at the price with an 8MP selfie camera and another 8MP sensor at the back assisted by an AI camera.

The storage space on the smartphone is 32GB but as usual, you’ve got some of that taken up by the OS and pre-installed apps. However, you do have an option to expand it with a memory card to up to 256GB if you choose but that would mean sacrificing a SIM slot as it has a hybrid dual SIM slot.

Infinix Smart 5A Price and Availability

The smartphone is available for sale and we cost you just about 36, 000 Naira. You can get it in Quetzal Cyan, Midnight Black and Ocean Wave Blue.