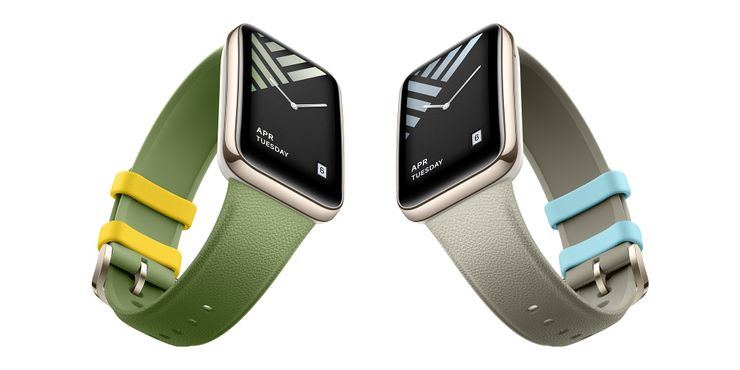 The fitness tracker segment is heating up with compelling offers from various OEMs. Popular names like Huawei, Honor, Xiaomi, Amazfit, Fitbit, and so on, have launched or are on the verge of unveiling their iterative upgrades to their lineups.

Xiaomi’s Mi Bands have been popular over the past few years. With the Mi band 6 being a slam dunk, many were looking to see how the Chinese company would follow that masterpiece, and this year, we didn’t just get an upgrade as the Mi Band 7, but also a more premium Pro version, the Mi Band 7 Pro.

But what makes the Mi Band 7 Pro…Pro over the base model Mi Band 7? Well in this post, we shall be looking at the differences between these two Mi band 7 versions.

Well first, these are fitness trackers and not exactly smartwatches. This means that the features might not blow your mind away, but neither will the price break the bank. Also, the Mi Band line of products has matured over the years and as such, this is a pretty refined and well-defined category.

The Mi Band 7 was only an incremental, mild upgrade over the Mi Band 6, more on that in our comparison here.

In fact, think of the Mi Band 7 Pro as a Mi Band 7 with a different body, a bigger body, and a more premium design over the same form factor we’ve seen with the Mi Band line of products from as far back as the Mi Band in 2014.

Perhaps the biggest upgrade on the Mi Band 7 Pro over the Band 7 is the inclusion of built-in GPS. This is a welcome addition for sporting fans who need to track their movement but don’t want to always carry their phone with them. This also means that your phone’s battery might last longer as the watch doesn’t need to piggyback on your phone’s location lock.

The Band 7 Pro sports a bigger AMOLED display at 1.64 inches with rounded corners, a metal finish, and plastic straps that are detachable. The look and feel is more in line with the likes of the Huawei and Honor Band 6, and the Huawei Band 7.

Here’s our take on the band 7 Pro. See, Xiaomi has demonstrated that it is incredibly poor at naming its products with no apparent method to that madness. The Mi Band 7 Pro’s features and price seem to be defying any logical lineup.

In fact, this product seems to be competing directly with Xiaomi’s inexpensive smartwatches like the Redmi Watch 2 and other smartwatches. See, there is no getting away from how awesome this product is. It just feels a little misplaced in Xiaomi’s lineup but still beats the snort out of the competition.

Well, the Mi Band 7 or the Mi Smart Band 7 is slowly but steadily hitting stores and shelves across the world at a price of around $40. At the time of writing, the details on the wearable’s international availability are still pending as it is currently China-exclusive. We shall update with more info as and when it becomes available so stay tuned.