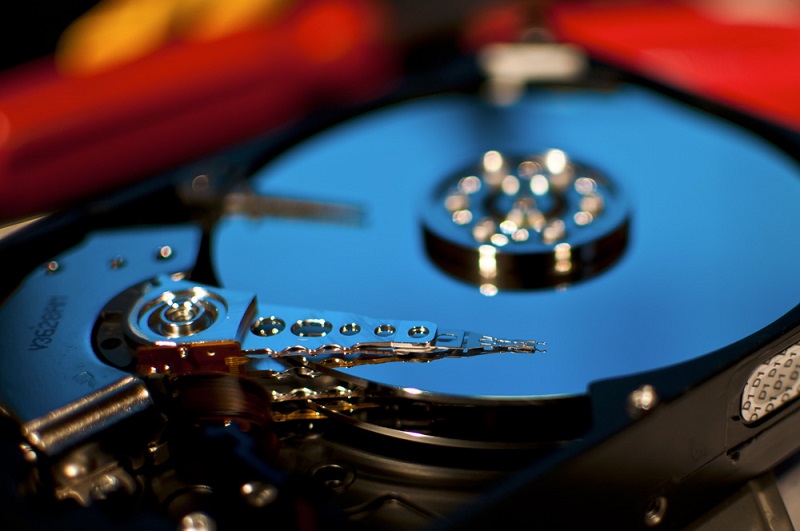 By definition, a hard disk drive (HDD) or hard drive is a fixed data storage device. Hard drives are perhaps the most popular of storage devices on the market today. You will find them in most desktop PCs, laptops and external storage devices. They use magnetic storage technology to store and retrieve data using rotating disks, hence the humming, vibrating sound they make when in use. Without a hard drive, you won’t be able to install your various application software, so yeah, it’s a big deal!

Once you are done installing your operating system and your productivity software, there’s more to come. For the sake of convenience, you might prefer to have any number of media files on hand. This could take the form of RAW image files, movies, music, e.t.c. You might even throw in a few video games for your entertainment. And then it hits you! You need new storage space!

If you are looking to buy a hard drive, there are some things to consider first:

Usually, the hunt for a new hard drive commences once we come to terms with our growing storage needs. Suddenly the 500 GB that came with your PC becomes increasingly inadequate to the task. On a desktop PC, you can simply add a second, third or fourth hard drive to the rack. Laptops, on the other hand, exercise an economy of space. The best you can do is swap out your drive for another with more storage capacity. Like executing a magic trick, you will miraculously convert 250 GB or 500 GB to 1 TB or 2TB, or more, and voila! Mission accomplished. Keep in mind though, the more storage you covet, the more money you will have to fork out for it. If your computer usage comprises browsing the internet and a few programs only, there’s no reason why you would need all that storage space, methinks.

Newbie shoppers might or might not realize this, but not all hard drives are born equal. Hard drives have a thing called Revolutions Per Minute (RPM). Hard drives come in 4200/5400/7200 and a whopping 10,000 RPM. Naturally the faster the RPM, the faster the hard drive will process your data. On the downside, for every extra bit of horsepower you get, cost implications factor in. On average, most hard drives you’ll find in PCs run at 5400 RPM. Manufacturers do this to cut costs while giving you what you what i.e juiced up processors, awesome graphics, e.t.c. In your search criteria online, specify which RPM category will work for you. We would recommend 7200 RPM. Frankly, 10,000 RPM is overkill unless you are a heavy user e.g a gamer. As an aside, the new SSD (Solid State Drive) and SSHD (Solid State Hybrid Drive) make RPMs look pedestrian. For a new technology that had a wobbly start a couple of years back, SSDs are now obviously the future of storage. More on this later.

You might also consider whether you would prefer an external drive as opposed to an internal drive, or vice versa. to store your pictures, videos, music e.t.c as opposed to an internal drive. The upside of an external is that you will have your files on you wherever you go if at all it’s a portable drive. We would also recommend an externally powered hard drive. These are touted for their longer shelf-life and stability. And come to think of it, you can’t misplace something that is cumbersome to carry around. On top of this, external hard drives are perfect for backing up your data files for a rainy day. In the past, non-portable hard drives came with bigger storage space than the portable varieties. However, that line is getting blurred with technological advancements.

If your preference lies squarely with internal drives, scroll back up and re-read the part about storage capacity. By their very nature, desktop PCs have the capacity to house more hard drives. We can’t say the same about Laptops and their slimmer cousins. In their case, you will be forced to replace your drive with a new one. Invest in a screw driver set as well while you’re at it. That laptop back cover won’t pop itself open by sheer mental force of will. If you’re not the technical kind and you nurse a healthy dose of suspicion for technicians, go for an external drive.

SATA stands for Serial Advanced Technology Attachment (AKA Serial ATA) and IDE stands for Integrated Drive Electronics (IDE), but also called Parallel Technology Attachment  (AKA Parallel ATA or PATA). The SATA drive is the successor to the IDE drives of yonder year. For the last 10 years, SATA has brought about a hostile takeover and has largely replaced the antiquated IDEs in personal computing. For the most part, you will find IDEs in old PCs, and if you do, please toss them away. IDEs have data transfer speeds of up to 133 MB/s compared to SATA drives clocking in at 6 GB/S. If you’re not yet sold to SATA, (Not Satan please), consider the fact that SATA drives are hot-swappable. You don’t need to shut down to swap them out for others, unlike IDE drives. Another thing; if Amazon pricing is anything to go by, IDE drives are dirt cheap, not that there are that many takers.

Talking of hard drives usually brings to mind mechanical hard drives (HDD). HDDs are trusty and have been for a couple of decades. A couple of years back, storage technology saw the introduction of Solid State Drives (SSD) and Solid State Hybrid Drives (SSHD). Unlike HDDs with their rotating disks, an SSD has no moving mechanical parts. For all intents and purposes, a solid state drive is basically simply a humongous flash drive. The SSHD is the inbetween, and as the name implies, a hybrid between SSD and HDD. Without getting into specifics, SSDs have a clear edge over HDDs in terms of transfer speed.  SSDs open files up to 30 times faster and have transfer speeds ranging from 200MB/s to over 500MB/s contrasted with HDDs start anywhere from 20MB/s to 120 MB/s. That said, byte for byte, HDDs are much more affordable than SSDs. At the end of the day, your wallet and storage needs will dictate what you end up with. SSDs offer you less storage space for the money you are dishing out than HDDs. The bottom line is that at it’s a matter of Speed versus Storage, Money bags versus Brokeness. To the victor goes the spoils.

Consumer reviews online are a great way to whittle down the gazillion brands offering supposedly sweet deals. But as you may very well know, consumers can be biased and flimsy in their reviews. Expert reviews are another option if you can take their word for it. We suggest you don’t skimp on quality when looking for that hard drive that will house your data. It’s not pretty to have a drive die on you with all your files in one fell swoop. Depending on where you’re getting your info from, Toshiba, Hitachi, Samsung, Western Digital, and Seagate have some of the best drives on the market. Or maybe they are some of the more well-known brands out there. It all boils down to taste and affinity for a particular brand over another.