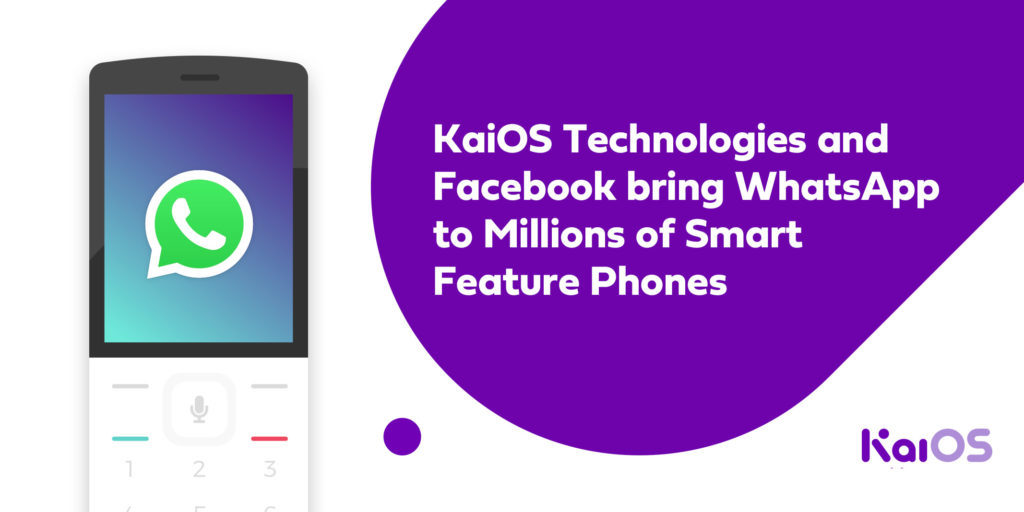 We have covered KaiOS on this platform before. The Phoenix that rose from the ashes of Firefox OS, that has since grown to be the Android of feature-phones and dumb-phones.

These guys have come a long way and if the support theyre getting from the likes of Google is anything to go buy, KaiOS really is the Android of feature phones.

Google Search and Google Assistant are already available for the platform and today KaiOS is getting official support for WhatsApp, Facebook-owned king of Instant Messaging. WhatsApp’s is available for download in the KaiStore, on both 512MB and 256MB RAM devices. Further, by Q3 2019, most smart feature phones powered by KaiOS will have WhatsApp preinstalled upon shipment. Facebook is already available on KaiOS phones in India, Africa, Europe, and APAC.

WhatsApp is a messaging tool used by more than 1.5 billion people worldwide who need a simple, reliable and secure way to communicate with friends and family. Users can enjoy calling and messaging capabilities and more, all with end-to-end encryption that keeps correspondence private and secure. WhatsApp was first launched on the KaiOS-powered JioPhone in India in September of 2018, and now with today’s broad release, the app will reach millions of new users across Africa, Europe, North America, Southeast Asia, Latin America and beyond.

KaiOS currently powers more than 100 million devices shipped worldwide, in over 100 countries. The platform enables a new category of devices that require limited memory, while still offering a rich user experience. Together with its partners, Kai aims to close the digital divide by bringing mobile connectivity to the billions of people without internet in emerging markets, as well as providing those in established markets with an alternative to smartphones.