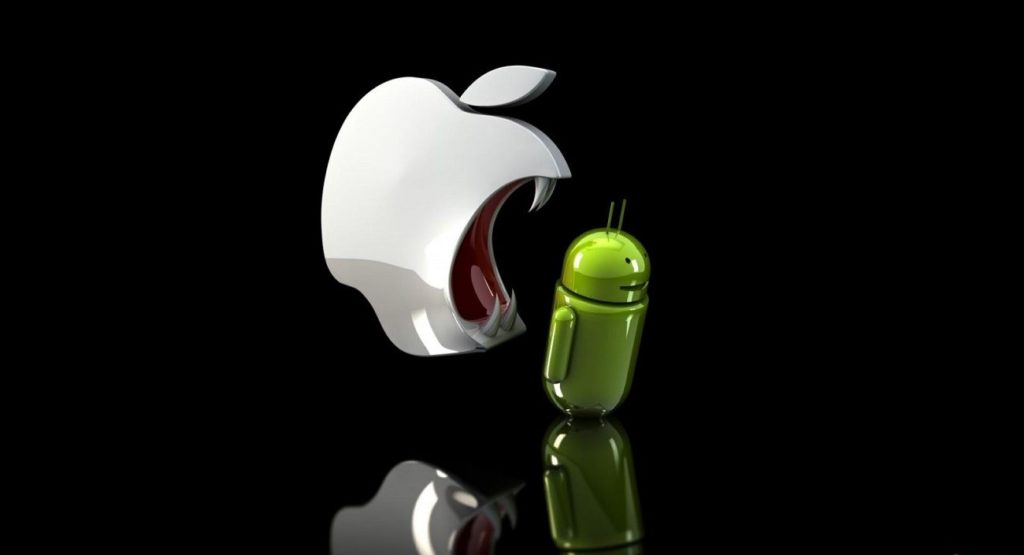 Maybe you have been a loyal Android user since Android 2.3 Gingerbread and your fealty has never wavered. At some point, you must have wondered what you are missing out on, from the other side i.e. Apple’s iOS. Today we gratify your curiosity with 7 features that Android can borrow from iOS.

Related Article: 6 Features That iOS Can Borrow From Android

iMessage has a lot of features that simply don’t exist on Android because of Android’s rich-text format (RTF) SMS system. These features are integrated within the Apple Ecosystem, thus you cannot have them across platforms. One good example is sending full-sized videos. This is possible because iMessage uses data instead of the RTF system.

Another iMessage feature is having reactions to messages, you can like a message back. iMessage also allows you to sync your messages across all your iOS devices, this means you can respond to your iPhone messages on your iPad.

Related Article: AirMessage allows you to use iMessage on Android phones and tablets

The screen recording feature comes inbuilt into iOS though you first have to enable it first through the Control center. Some Android phones come with this feature pre-installed but most Android users have to download a third-party app for it. Needless to mention, there are plenty of apps in the Play Store that can record screen, but they aren’t native. It is a little bit more convenient to have it built into the operating system.

Read More: How to record your phone screen on Tecno and Infinix phones

Apple Pay has the ability to send money to fellow iOS users without having to install a third-party app. This works in a similar manner with Venmo or PayPal except it uses native Apple software so you may trust it a little bit more than other third-party apps.

A typical use for this would be if you are with friends at a restaurant, you don’t have cash or a credit card with you, you need to split the bill, one friend pays and you can all reimburse him/her immediately, provided you all have iPhones.

Related Article: PesaPal now has an app for iOS and Android to streamline payments

Android has so many different phone manufacturers and they all have their own different skins of Android: EMUI, MIUI, LG UX, etc. Whenever there is a new major release of Android, it might take a while before it gets to your particular model.

With iOS you can upgrade the same day an update is released by Apple. Apple has fewer phone models than Android to test updates on. Thus the updates work just fine most of the time. If there are any issues with the updates, Apple is very quick to release patches.

Related Article: Why do Android OEMs have to be this bad at software updates?

This is the ability to easily and natively send images and all kinds of files to someone else who has an iPhone even if they are not in your contacts list. It is as easy as going to a file you want to share, click send through AirDrop, you find the recipient’s device on the list, you select it and the file immediately shows up on their phone.

Android has no equivalent to this except a ton of third-party apps that both the sender and recipient have to download for it to work. Disappointedly, many of them are not so user-friendly.

Check Out: 5 ways you can send files from your PC to your Phone

Even when it works with Android, they just store a list of the apps you had installed but all the app data is lost. iOS stores everything in the iCloud, and even more so if you do a manual backup that is locally encrypted, iOS will even store your passwords. This makes iPhone upgrades very easy and you get a mirror image of your previous phone.

Related Article: How to Backup (and Restore) your Phone Contacts to Google Drive on Android

When you log into your iPhone, you basically attach your iCloud account to it. If someone steals your iPhone and resets it, they still have to provide your login credentials to use it again. With Android, they can wipe the ROM or do a hard reset and start using the phone.

Now that you know what you are missing out on as an Android user, is it enough to shift your phone operating system allegiance during the next phone upgrade? That remains to be entirely up to you. Tell us though: do you think you’re missing out on a lot?