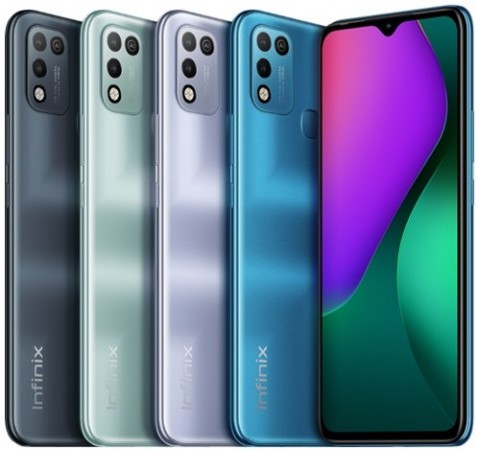 Just months after the release of the Infinix Hot 10 and Hot 10 Lite, a new addition to the lineup has been announced. The Infinix Hot 10 Play comes with an entirely different design from the rest of the Hot 10 family. However, you still get to enjoy a larger display and a very sizable battery to power it up.

In addition, it’s also quite an affordable smartphone just like other members of the Hot 10 series. Here is a look at the specs of the Infinix Hot 10 Play.

Read More: A Full List of the Best Infinix Phones in 2020

Infinix Hot 10 Play maintains a similar specification as the rest of the previously launched counterparts. Although this smartphone’s design is quite different, it looks quite good for one in its category.

In addition, it has a 6.82-inch with a 720 x 1640 pixels wide display but a low resolution which is normal for a smartphone of this price point. There is also a TFT panel which reflects that the smartphone is cheap but it is one of the caveat taken. A duo of 13MP AI infused camera is at the back of the smartphone for taking nice JPEGs and an 8MP beauty selfie camera for the same.

Also Read: List of Cheap Smartphones you can buy in Nigeria and their prices

On the other hand, you have a nice gaming-oriented Helio G25 processor that clock at 2.0GHz max in charge. The chipset has a PowerVR GE8320 GPU to crunch graphics for gaming and process images captured. To support it, there is 2GB RAM and 32GB storage built-in.

Price and Where to Buy Infinix Hot 10 Play

The 2GB variant sells at NGN 54,500 in Nigeria. The 4GB/6GB version is hinted to be released in the first week of February, so watch this space for an update. The Hot 10 Play in will soon be released in Ghana as hinted on its official Twitter page.