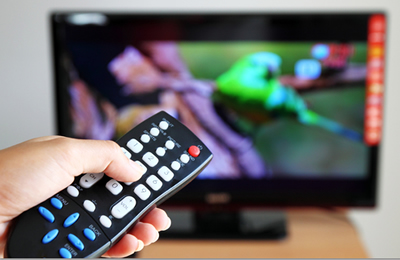 If you are one of the 3 million plus Ugandans with a Television set, then you should care about what’s going to happen tomorrow. The Uganda Communications Commission (UCC) yesterday started its planned transition from Analog to Digital TV as we wrote yesterday. In fact we’ve received some emails from readers who experienced a blackout.

So tomorrow areas in Kampala will experience a complete analog TV signal blackout. This is part of phase one of the planned three-phrase transition which will see a sequential roll-out of the digital TV signal across the country. That means other regions of Uganda will still be able to receive analog TV after tomorrow.

UCC is apparently satisfied with the digital TV signal coverage in and 60km around Kampala according to a statement released by the commission to the media; “The Commission hereby informs you that it is satisfied with the current digital terrestrial coverage that has existed for the past 18 months in Kampala and areas 60 (sixty) Km outside Kampala.”.

That means that if you receive TV using an indoor or outdoor analog antenna, you won’t get TV anymore. That also includes users with Chinese phones that have analog TV tuners. The solution is two fold; get an FTA decoder or subscribe to Pay TV service.

If you don’t want to pay monthly subscription fees to one of the 5 digital Pay TV subscribers, then a Free-to-air (FTA) decoder is your option. Now we already listed for you sellers of UCC-approved decoders or Digital Terrestrial Television (DTT) Set-Top Boxes (STB) as they are called in technical jargon. There are other unofficial decoders that are known to work in Uganda. The list is maintained by Joseph Zikusooka on his website dedicated to digital TV migration.

These FTA decoders in Uganda range from the price of Ugx 160,000 to 250,000 depending on the vendor, specifications and features. Some FTA decoders can only pick digital TV and that’s it. The more costly ones have USB ports for multimedia playback, have recording capabilities among other advanced features.

However, at this point in time, the digital TV signal in Kampala is on-and-off from preliminary tests that have been made by Joseph and his team. So expect some technical glitches.

If you are already subscribed to a pay TV service provider in Uganda, then you don’t need to worry. These providers are already using digital TV transmission standards. But if you’ve not yet, then you’ve up to 5 different options to choose from. Pay TV providers such as dstv/gotv/, Startimes, Azam tv don’t provide free-to-air channels without you renewing your subscription, otherwise won’t be on business.

Startimes Uganda is selling one of its decoders dubbed Startimes Light decoder at the price of Ugx 9,500. It’s the cheapest DVB-T2 compliant decoder on the market. For an additional Ugx 41,000 you get 7 months of TV that includes 10 international channels plus all local FTA channels on the Nova bouquet.

If you don’t want to pay the 41,000 wholesomely, Startimes Uganda gives you an option of watching TV for just Ugx 260 per day on the Nova package. We don’t know if that means paying only Ugx 260 every time you want to watch TV. Startimes has other monthly packages both on its terrestrial and satellite services.

Now if you want premium content, the Multichoice Uganda’s DSTV and GoTV Pay TV packages are your choice. The important thing here to know is that Gotv doesn’t require a satellite dish like Dstv. Also some bouquets on the two TV services share the same channels.

If you are new to the Multichoice camp, we recommend you start off with GoTV for a soft landing. GoTV Plus going for a price of Ugx 28,000 is particularly much better than the cheaper DSTV packages like DSTV Access and Family. When it comes to decoder prices, GoTV decoder is priced at Ugx 60,000. But you might need their outdoor antenna is costs an additional Ugx 27,000 bringing the total cost to about Ugx 87,000.  Now Multichoice Uganda this month slashed priced of its SD DSTV decoder which now costs only Ugx 99,900.

The other providers are ZukuTV Uganda and AzamTV Uganda. With its decoder and satellite kit priced at Ugx 145,000, AzamTV is giving you 50 channels for subscription fee of Ugx 25,000 per month.

ZukuTV Uganda on the other hand charges a price of Ugx 165,000 for satellite dish and decoder for Zuku Poa, Classic and Premium monthly packages to choose from.

Most Pay TV providers are slashing prices of their decoders ahead of tomorrow’s deadline. The reason is simple; get as many users as possible to their subscription services.

So that’s it; what to expect tomorrow and some of the available options in the market to make your transition from analog to digital TV painless.

One thought on “Here’s what you should expect tomorrow, the analog TV deadline in Uganda”