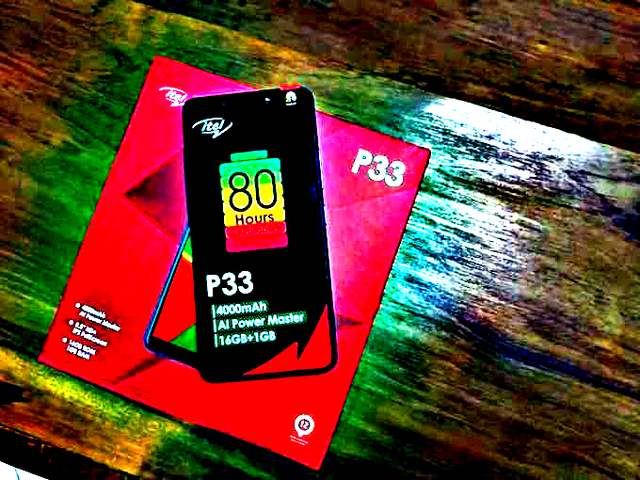 itel’s P33 is one of our favourite Android smartphones available in the affordable section right now, and if you don’t know why just check out our full itel P33 review. The P33 isn’t a major overhaul of the P32 (itel P32 review), though the upgrade is significant. But since they are both available on the market, it’s time to see how the new Power series device compares with the predecessor. It’s itel P32 Vs itel P33.

The P33 isn’t a major overhaul of the P32 (itel P32 review), though the upgrade is significant. But since they are both available on the market, it’s time to see how the new Power series device compares with the predecessor. It’s itel P32 Vs itel P33.

itel added a ton of new such as AI power master, face recognition, powerful cameras while retaining the basic design, battery capacity and chipset of its predecessor. Is the P32 still worth a look in a world where1 the itel P33 exists? Definitely.

Price isn’t the only factor (weirdly, the itel P32 still sells at a higher price than the P33 on Jumia Uganda). There are aspects of the design, hardware, battery life, software and features that could make one phone or the other a better choice. Can the P33, in all its glory, leave the P32 in the dust? Those who own a P32 may be wondering whether or not they should upgrade. Let’s break down the major differences between the itel P33 and the itel P32 to help you make that choice.

One of the most important factors is always design. Which phone looks better? Which one feels stronger? In this department, we must say the two devices share the crown. They share many aspects of design. From build material to the big top and bottom bezels.

Itel didn’t retire the P32 MediaTek MT6580 chipset as it also features in the P33. The quad-core 1.3 GHz Cortex-A7 (32nm) processor keeps things running on both devices. Old wine in a new bottle? It also turns out both devices feature 1 GB of RAM and Android Go. This all translates to almost similar performance on both devices.

To the untrained eye, there might be no noticeable difference between the two smartphones. Both are averagely powerful and have a similar level of “snappy”. But the P33 might have a smaller edge over the P32.

In terms of battery, both phones feature 4,000 mAh units, but itel claims it optimized the P33 for reduced power consumption, meaning that the newer P33 should have better battery stamina than the P32.

The itel P32 managed to go three days on a single charge. However, The itel P32 has AI power master that makes it go even further. The P33 has better battery stamina than the P32.

Itel P33 Vs itel P32 takes a twist here with the P33 getting another win. Itel doubled the onboard storage on the P33 from what the P32 had. Itel P33 now has 16GB of storage, meaning you can store more memories on the device. Storage is also expandable via a dedicated microSD card.

Both devices have a dual camera setup. However, the itel P33 now has a more powerful 8MP sensor assisted by a 0.8MP shooter. These take better photos than P32’s 5MP dual rear camera. However, both photo results are of average quality.

It’s a little hard to compare smartphones when they are in the same family, more so when one is the direct successor to the other. Which one is better? Well, the direct answer is, of course, the P33. We all know this is much more complicated than that, though.

It all depends on what you value, as a user. If you don’t have a lot of cash to spare (hoping the P32 now sells for less) or simply don’t about the improved camera department, the P32 continues to be an amazingly powerful smartphone. It’s not that old and still competes against newer devices in the battery stamina category.

With that said, the P33 does offer slightly newer components, better camera, face ID and bigger storage. It’s the perfect phone for those who want an affordable smartphone with stellar battery capacity.