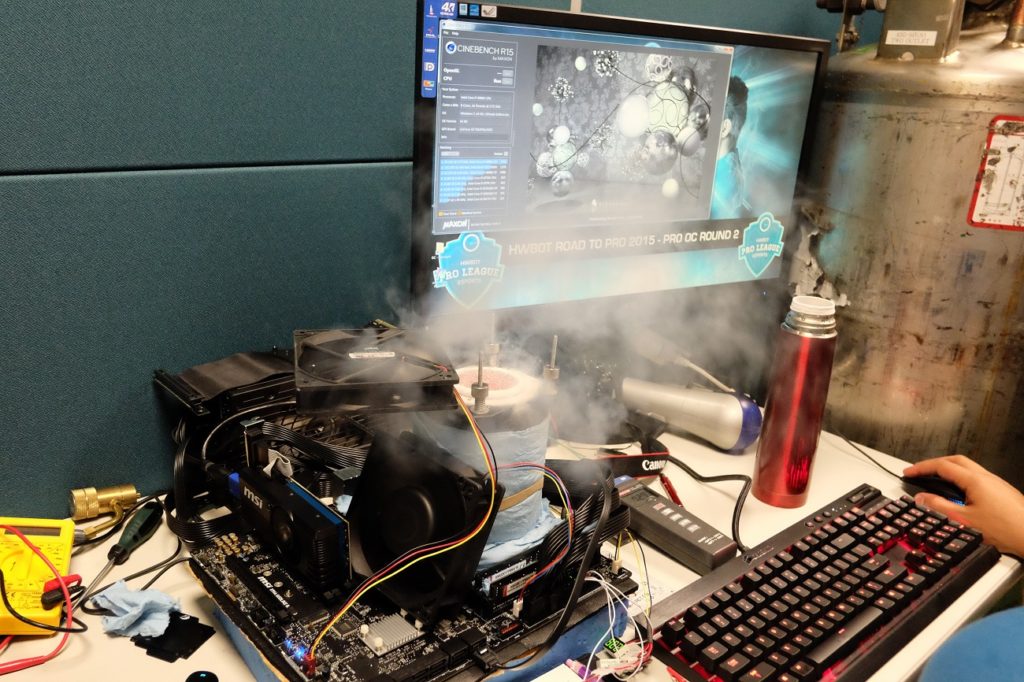 Wouldn’t it be nice if overclocking your PC’s CPU were a little more straight forward? Sure, there are those automatic one-click software solutions that can give a quick boost to your CPU. But if you want to do it yourself, you end up looking at a lot of confusing options in your BIOS, instead of just a dial that you can turn to make the PC go faster.

One thing that’s easy to get confused by is the Base clock and something called the CPU Multiplier. Together they determine your CPU speed. What are these things? And why is it that they are separated out? Instead of just having one field where you punch in your desired CPU frequency

Many overclocking enthusiasts are only familiar with the multiplier overclocking method. Maybe because it’s the easier of the two when it comes to adjusting CPU frequency. The multiplier works by bumping up the frequency and adding voltage when the system becomes unstable. This approach does have some drawbacks though. First, unless you’re running an AMD processor, Intel users will be limited to unlocked K or X Series Intel processors.

Second, with both Intel and AMD processors, you must have a supported motherboard. Another drawback is that multiplier overclocking doesn’t offer very fine control. Let’s say your system is stable at 4.5 GHz, but then crashes immediately at 4.6 GHz, who’s to say that it might not have been also stable at 4.57 GHz. You could be leaving performance on the table with this method. This brings us to the second method of CPU overclocking.

The base clock of a CPU is governed by the chipset on the motherboard. The chipset basically serves as a coordinator between the CPU and other components. The base clock will tend to be much lower than the rated speeds of the processor and memory.

A common default base clock for CPUs is 100 MHz. While that might be adequate for some hypothetical low-speed controller, it would be incredibly slow for a modern CPU. Hence that’s why your processor uses a multiplier that allows it to run multiple cycles for every one (1) system cycle provided by your base clock.

Therefore, if you have a processor rated for 3.5 GHz, by default, your system is probably running a 100 MHz base clock with a 35 times multiplier. This base clock multiplier paradigm lets your CPU match up with the rest of your computer. Adjusting the base clock by even tiny amounts can often cause instability issues due to that multiplier effect.

Because of the inter reliability among the different components on a motherboard, instability in one component can bring down the entire system. In many cases, base clock overclocking can lead to much worse types of instability, where instead of a blue screen, you end up corrupting your operating system or even losing your data.

Why Change The Base Clock?

What’s the point of being able to change the base clock at all? Well, some CPUs and motherboards are more tolerant of base clock adjustments than others. On top of that, some processors support straps. Straps are base clock values significantly above the default which are stable enough. They can be useful not only for boosting CPU speed but also that of the memory and sometimes that of the GPU.

You may want to look up what straps your particular platform can support. Adjusting the base clock can be useful if you just want to squeeze every last megahertz out of your hardware. Or mostly if you want to hit a clock speed that’s in between two multiplier settings. It really depends on what parts you specifically have.

So which method should you use to overclock your CPU? Multiplier overclocking should just work fine for the average Joe. But if you consider yourself to be a hardcore enthusiast, you may consider trying base clock overclocking. Don’t be afraid of some trial and error, that is as long as there’s no important data on your machine. Just remember to keep your expectations and possibly your CPU speeds reasonable.