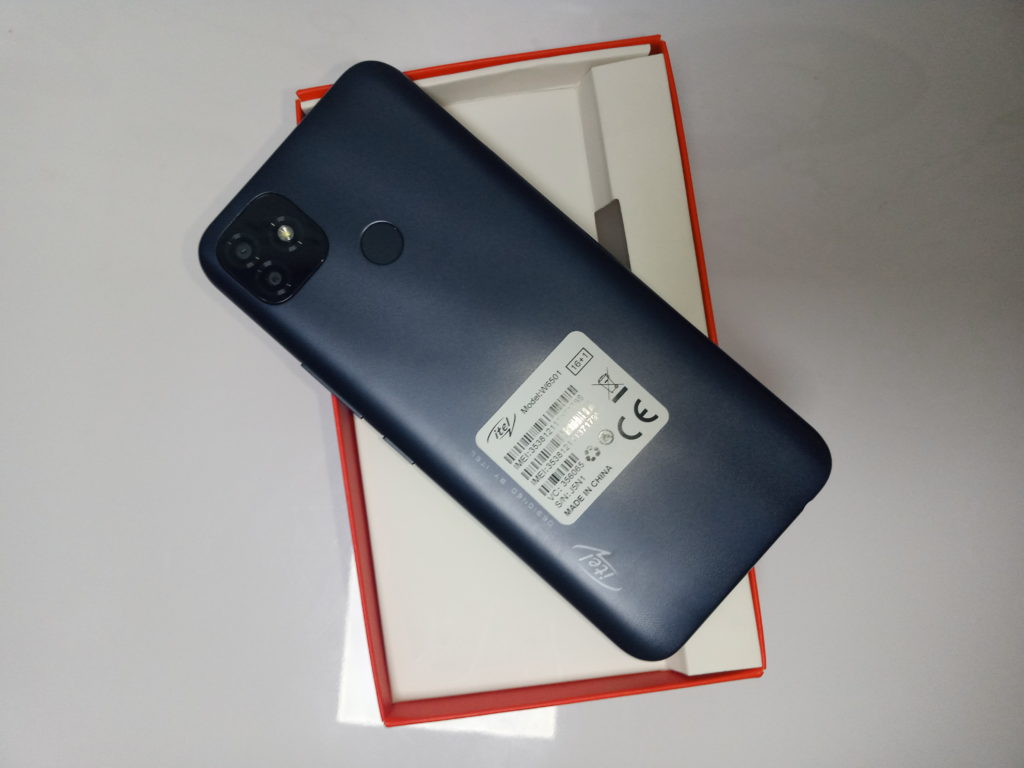 We unboxed the iTel P36 smartphone and published our first impressions of the device a while ago. Our cursory verdict was that the device was great. It had a great design, camera, display, and battery. However, we had to dig in further to give an end-to-end review of the smartphone. So, this can wholly inform purchase decisions. Here’s the iTel P36 review.

Follow us as we journey through the world of the newly-launched iTel P36 smartphone.

Generally, there’s a slight lag in performance while using the device. Switching from app to app and screen to screen isn’t essentially smooth. This lag is even more pronounced when the device is connected to the internet. My expectations were not bruised here as the iTel P36 comes with a 1 GB RAM.

Some of the apps include Gmail Go, Map Go, Facebook Lite, and so on. There are up to 40 pre-installed apps on the phone (lag, not surprising). The user cannot uninstall a good number of these apps.

Surfing the internet with the pre-installed Google Chrome browser on the P36 smartphone is quite tedious.

Switching from one tab to another would require the tab to be reloaded before it can display content. Unlike other devices that can open many tabs and allows easy access, iTel P36 reloads every tab as you select to view its content.

My guess is that Chrome purges the content of these tabs from RAM in a bid to conserve system resources and make memory available to other active (foreground and background) apps and processes. Remember, we’re dealing with a 1GB RAM smartphone.

We tried to subject the iTel P36 to CPU-heavy game (Call of Duty, specifically) but unfortunately, the app could not be installed on the device. The error message on Google Play Store read “Your device isn’t compatible with this version”.

Apparently, one of the minimum system requirements to run the game is a 2GB RAM and above. Which makes a lot of sense why Google Play Store threw an error. Even if the game runs on a 1GB RAM device, the experience would be a disaster as there’d be a very heavy lag in the process.

On the bright side, much lighter games like Candy Crush have been pre-installed on the device. And they work just fine. So, knock yourself out.

To reiterate, this iTel P36 review has affirmed that the device is targeted at very light smartphone users. If you desire a slightly higher device, look to the Tecno Spark 5 which we reviewed here. Want something more? Check out phones with bigger memory (say 3GB RAM or higher).

The iTel P36 boasts of an 8MP dual rear camera and an 8MP selfie camera. All the photos that this camera produced were fairly clean. Not high quality, but for an 8MP lens, was decent. However, shooting outdoors with the flashlight on made the photos a little too bright. The device produced a better Bokeh effect when shooting in portrait mode with the regular AI selfie camera —as opposed to the rear camera.

Find actual pictures taken with the iTel P36 camera below.

For a device of this grade, I think the camera quality is okay and should serve the target audience just fine.

On the iTel P36 device, there’s a setting for Digital Wellbeing and parental controls. Let’s explore what they are all about.

This feature lets you do a number of things like turn on focus mode. Focus mode lets you pause distracting apps when you need to focus. You get to select which apps are “distracting”.

The Digital Wellbeing tool also tracks the amount of time you spend on various apps. Likewise, it can help you set daily timers for different apps so they are automatically paused when time is passed. You can also manage notifications and set your device to “Do Not Disturb” via this tool.

Like every other parental control feature, you can remotely supervise the phone. Here, you can add content restrictions and other limits to help your ward balance screen time. This is done with the Google Family Link app for parents.

You can set up parental controls as both parent or for the child. This is depending on who’d be using the iTel P36 device.

For backup, I answered security questions while setting up my preferred security tool. The fingerprint unlocks the device pretty fast and seems much more reliable than the Face Unlock.

What Can the Fingerprint Sensor do?

As seen in the image above, the fingerprint sensor on the iTel P36 device can do the following:

To be honest, I am not very impressed with the iTel P36 battery. For a 5000 mAh battery, my expectations were much higher. I, for example, used the device to majorly play music (and a few minimal tasks) for a few hours (between 3 – 4 hours) and that alone consumed almost 40% of the battery power. This definitely does not match the “more than 48 hours of normal usage” quoted by the manufacturers.

Not to also mention that it takes a while to charge. From our unboxing of the device, it took about 2 hours to charge the device from 57% battery power to 100%.

However, there’s a “Power Master” if you want to extend the life of the battery. It consists of:

It’s very obvious that Transsion manufactured the iTel P36 with an audience in mind — the light smartphone users. Not the gamers, not heavy users. Hence, if you want a smartphone that can serve game needs or heavy-duty needs, you need to continue your search. It’s definitely not this one. You’d enjoy the long-lasting (5,000mAh) battery, though. It’s a stunner

However, for the target audience, the device looks okay to serve its minimalist needs. What do you think?