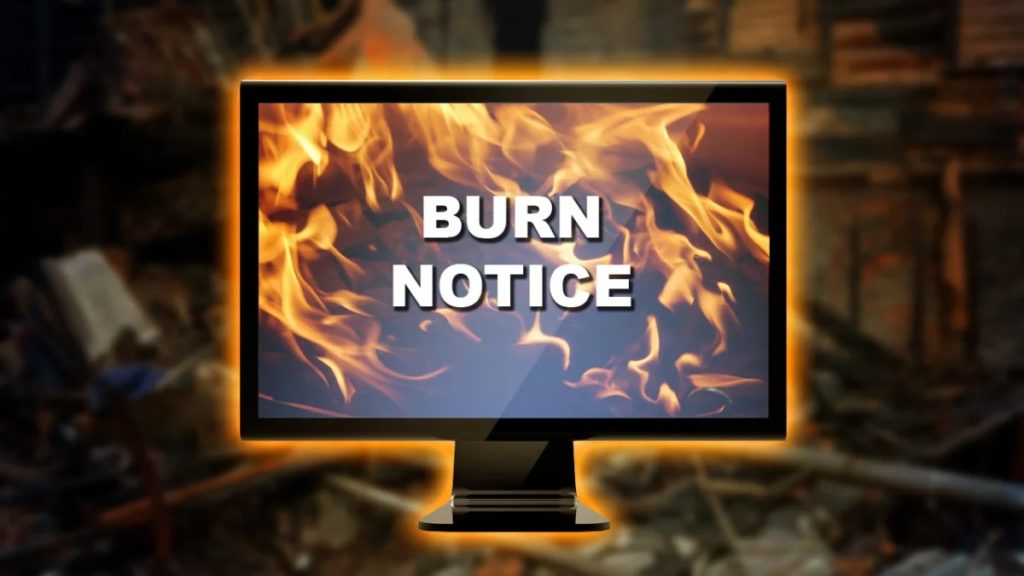 Most consumers tend to have the general misconception that just because a product is expensive, it is superior to anything you can find for cheaper in every way imaginable. Oftentimes, that is true; higher quality generally necessitates a proportionally higher price tag. But what we tend to ignore is the fact that even expensive products are not flawless.

Not by any stretch of the imagination. That leads us to today’s topic; how expensive OLED displays suffer ‘Burn-in.’ OLED is a display technology that manufacturers seem keen on pushing into the monitor market. These monitors are prohibitively expensive which may lead some to believe that they are the RTX 2080 Ti of the monitor world.

Unaffordable by most but definitely worth it for those with deep enough pockets to get the best performance money can buy. The problem with OLED displays is not just the price. They’re also prone to catching this nasty terminal disease known as Burn-in. This is why, in this post, we’ll be going over everything you need to know about OLED Burn-in.

That way you will be adequately informed should you wish to buy one for yourself.

Also Read: How To Choose PC Monitors: Features To Look Out For

How Does OLED Work

First, we need to explain a bit about how all OLED works and what makes it so special. Organic Light-emitting Diode (OLED) is a display technology that doesn’t utilize an active backlight. Instead, every pixel on an OLED display functions as its own light source. That makes OLED displays much more power-efficient than LCD ones.

OLED displays are also technically superior in pretty much every way. They have better color accuracy, deeper contrast, higher refresh rates, and faster response times. Superior contrast is perhaps the most noteworthy aspect because OLED displays can display true black. They achieve that by just by turning the appropriate pixels off.

So, in a way, the sentiment that we began this post with is true; OLED displays are superior to LCD displays. Now that we understand the basics of how OLED works and the good that it does, let’s take a look at the nasty side of things.

Also Read: What are Mini-LED TVs and Why Do They Matter Now

What Is OLED Burn-In?

Just like Lithium-ion batteries are expected to lose capacity over time, OLED displays are expected to lose brightness. The biggest problem, however, is that each pixel will lose brightness at its own pace. That is basically what Burn-in is all about. It occurs, when a portion of the screen, meaning a certain number of pixels, gets worn down and grows dimmer at a faster rate than the surrounding pixels.

This generally happens when a single static image is displayed for a prolonged period of time. Think about TV channel logos or the Windows Taskbar. You could spend hours on your computer, browsing the internet, watching YouTube videos, or endlessly scrolling on Facebook and the Windows Taskbar would remain essentially the same throughout this whole process.

The good thing about the Taskbar is that it generally tends to be in a darker color. However, the “Type here to search” portion is unfortunately a bright white point of weakness. The bright parts of static images are the most prone to Burn-in, and thus age faster than the pixels around them. Hence not even the whole of the taskbar area would grow dimmer at the same rate.

You should also know that the effects of Burn-in are permanent. There is no way to fix it once the damage has been done. Since this is something that’s expected to happen eventually, it’s not covered by warranty. So yeah, OLED displays are technologically superior, but do you want to pay such a high price for a monitor that will end up with uneven brightness after some time?

If the answer is yes, here are a couple of things you should know about combating OLED burn-in.

Also Read: Micro LED poised to outshine QLED and OLED as display Tech of your devices

The younger portion of our audience probably won’t be familiar with this. OLED monitors aren’t the first monitors to suffer from Burn-in. CRT Monitors had a similar problem. These will be the old bulky monitors that easily weighed 10kgs or more. The specifics are a bit different since the pixels of CRT monitors did not light up individually.

But the undesirable effects of burn-in were just as irksome. That is why screensavers became a thing. They quite literally saved your screen from Burn-in. And they can do so again for OLED monitors. Activate the screen saver on your OLED display, simple and effective. Another feature that helps a lot is the Dark Mode.

As we said, bright pixels are more prone to catching burn-in. Therefore, by using dark mode, you can save a lot of pixels from unnecessary trouble. Lowering display brightness can also help. That is especially if you’re using the display for hours on end for word editing or something similar. Of course, nothing beats turning the monitor off when you’re stepping away from it.

Screensavers help but this is an even better preventative measure. Also, it’s not like manufacturers aren’t aware of this issue. That’s why they tend to include various features that help prevent unnecessary pixel wear and tear. For example, some OLED displays come with a feature that detects static pixels and periodically refreshes them.

Others have features that automatically reduce their brightness to help prevent burn-in from happening.

Lastly, you should also know that burn-in and image retention are not the same things. Image retention is what happens after the display has been showing a static image for a long time and the so-called “ghost of that image” remains on the screen ‘temporarily.’

To tie in with our previous example using the Windows Taskbar, image retention will make it so that you could still see the faint outline of the Taskbar even after you turn on a video or a game in fullscreen. The taskbar wouldn’t actually be there but it would leave a trace. It’s annoying for sure.

But thankfully, image retention is not permanent. If you ever experience it, there’s no need to panic. You’ve just got to wait it out. That’s pretty much it about OLED burn-in, have you experienced either Burn-in or image retention? Share your experience with us in the comments section below.