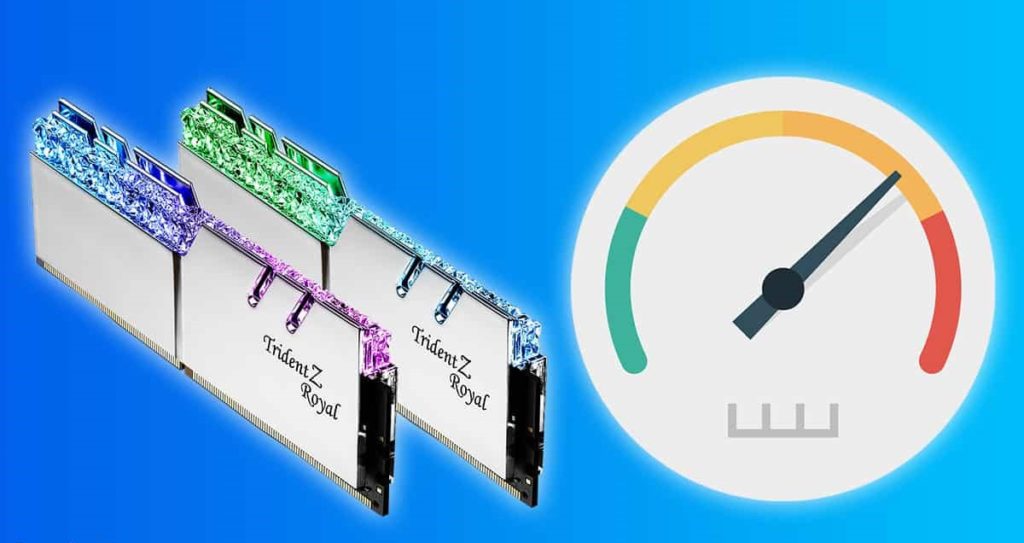 Computer hardware is complex, to say the least, and many users are content with simply buying a pre-built PC. But what if you decide to build your own PC? Then you’ll most likely want to know as much as you can about each individual piece of component and all of its specs. We have already done in-depth coverage of various PC components on this website but one often overlooked spec is RAM speed.

The clock speeds of the latest DDR4 RAM range between 2133 MHz and 2400MHz. As you can see, there is a huge discrepancy right there between the highest and the lowest clock speeds. But how exactly does this impact the performance of your computer? Well, if that’s what has been bugging you, this post will answer that single question.

What Is RAM Speed

RAM speed, also known as memory frequency, refers to the clock speed of the memory module. Clock speeds are measured in Hertz (Hz), where a single hertz equates to one clock cycle per second. However, since these aren’t processors but memory modules, it’s not exactly the same thing as CPU frequency.

RAM doesn’t process data, it just transfers it between the other components like the CPU, GPU, and storage. You can essentially think of RAM as plain old bandwidth. The higher the clock speed, the more data the RAM can transfer between these components. But does this have any impact on the performance of your rig?

Why Does RAM Frequency Matter?

If you think of RAM as a bandwidth, it shouldn’t be all that hard to imagine the benefits of faster RAM. It’s even easier to imagine the detriments of slower RAM. If your memory is incapable of transferring data quickly enough you will suffer a memory bottleneck. So, how much is too much, and more importantly, how much is not enough?

Well, the easiest way to determine this is just to check the RAM speed supported by your CPU and motherboard. If it turns out that your RAM speed is lower than the minimum required speed specified by the motherboard and CPU, then let’s just say that the system could behave unpredictably.

Except that it wouldn’t really take a crystal ball to predict subpar performance, or even the inability to boot up. Thus meeting the minimum supported speeds of the CPU and the motherboard is a good place to start. For example, the Intel i9 7900X CPU supports DDR4 RAM operating at 2666 MHz.

That is the minimum speed that is needed for the CPU to operate at optimal capacity. But it’s not the maximum RAM speed that the CPU can handle. You can even exceed the maximum specified clock speeds, anything with a clock speed can be overclocked.

But what if you’ve got some extra cash to burn? Will installing faster memory improve your PC’s performance? The answer is a disappointing “Kind of”. When using professional programs, you can certainly get a lot of mileage out of faster RAM. But when it comes to gaming, capacity is generally more important than speed.

This isn’t to say that you won’t see a slight bump in frame rates when you install faster RAM. But that’s all it will ever be, a slight bump. The benefits of a GPU with more VRAM or a CPU with more cores or even a faster or larger SSD are far greater than the performance difference between a 4266 MHz and a 2666 MHz RAM kit.

So if you’re pinching pennies, always remember that the most cost-effective RAM speed is the minimum frequency supported by your CPU and motherboard. As you probably guessed, faster RAM is more expensive. With the benefits that you’re getting for this price increase being minimal, it should never be a priority when building a PC.

But if you’ve got a set budget that still has some room in it after you’ve decided on all the components, then, by all means, go right ahead and get an extra speedy RAM. Otherwise, it’s best to focus on capacity.