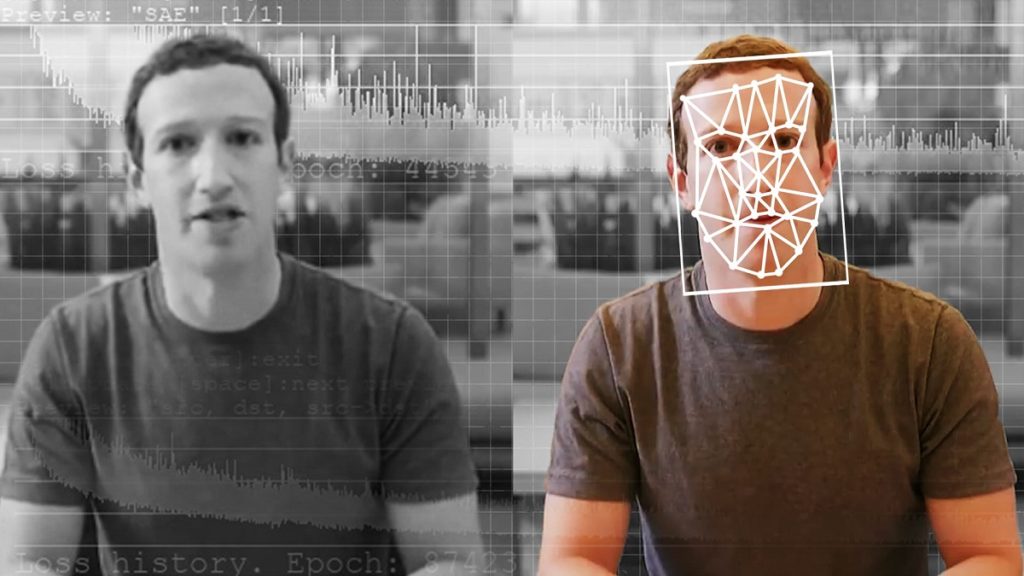 The art of deception is as old as time itself and covers everything from counterintelligence to Halloween masks. However, one incredibly convincing method of subterfuge that is rapidly becoming more common is the Deepfake. We have a detailed article on how to spot Deepfakes linked below. In this article, however, we will educate you on how the technology behind Deepfake works.

Related Article: What’s a Deepfake and How Do You Spot One

Basically, the idea behind Deepfakes is that they create images that strongly resemble a certain subject. Usually, a person that isn’t actually them. I’m not referring to some kind of cheap and obvious Photoshop job that involves cutting and pasting your head onto a weightlifter’s photos. Instead, Deepfakes can be nearly indistinguishable from the real thing to the average human eye.

Programs that generate Deepfakes use not one, but two different AIs working together. The first AI will scan many images of the subject to be faked and then create new faked images.

Then the second AI will then examine that batch of faked images and compare them to real images. If the second AI detects any differences, it will mark them as obvious fakes and communicate to the first AI. So the first AI takes this information and continuously adjusts the fake images. That is until the second AI’s error rate hits a certain target.

That is to say until the second AI can’t tell a fake image from the real image anymore. This system is called a Generative Adversarial Network (GAN). Although the idea behind GAN is fairly simple, advances in processing power have made it a very powerful tool for producing convincing looking fakes.

Other Applications of Generative Adversarial Network

Because GAN is a fairly general-purpose technology, it has lots of other cool applications. For example, an AI network like this can analyze lots of people with a similar look to create a fake model to be used for advertising purposes. It’s definitely cheaper than paying for a photoshoot with a real model. Much of course to the chagrin of many unemployed yet attractive people.

Deepfakes could also help with age progression photos used by the police to help find missing people. The same technology can be used to realistically upscale old school video games. Therefore making them look nice and realistic on modern displays.

But if you’ve seen stories about deepfakes in the news, you probably know that there’s a much darker side to the technology. Unsurprisingly, the majority of the deepfake videos on the internet right now are pornographic in nature. The idea is often to swap in a celebrity’s face without their consent. This has resulted in several well-known actresses falling victim to that illegal practice.

Deepfake technology has become good enough to create fake videos. It can make it appear as though people have been caught on camera saying things they haven’t. The technology can accurately match lip movements to convincingly make a fake speech. There are huge concerns that Deepfake videos could be used to spread political propaganda.

Politicians can be made to appear saying insightful or inflammatory things in order to push a certain agenda. Of course, this doesn’t mean that the video will fool every single person. But with how realistic Deepfakes can be, and how polarized the political climate can be in many parts of the world, political deep fakes could easily convince enough people.

In early 2019, there was a video of Nancy Pelosi (Speaker of the United States House of Representatives) giving a speech while slurring her words, apparently drunk. The video wasn’t even a Deepfake, it was a merely slowed down video. But it’s still racked up millions of views before finally being exposed as a fake.

With accusations of political manipulation becoming more common these days, the rise of Deepfake technology has led some observers to believe that it may have a tangible effect on political discourse and election results.

Although it remains to be seen if these fears actually come to pass, there are a number of cheaply accessible Deepfake tools that allow people to create Deepfakes with minimal technical skills. If you want to tinker with them yourself, I’d say just go ahead but stay away from the politics and stick to swapping faces into your friend’s wedding video.

Read More: Instagram Is Coming for Your Fake Followers and Likes

Need to know more about how Deepfake works? You can drop your questions or comments in the section below.