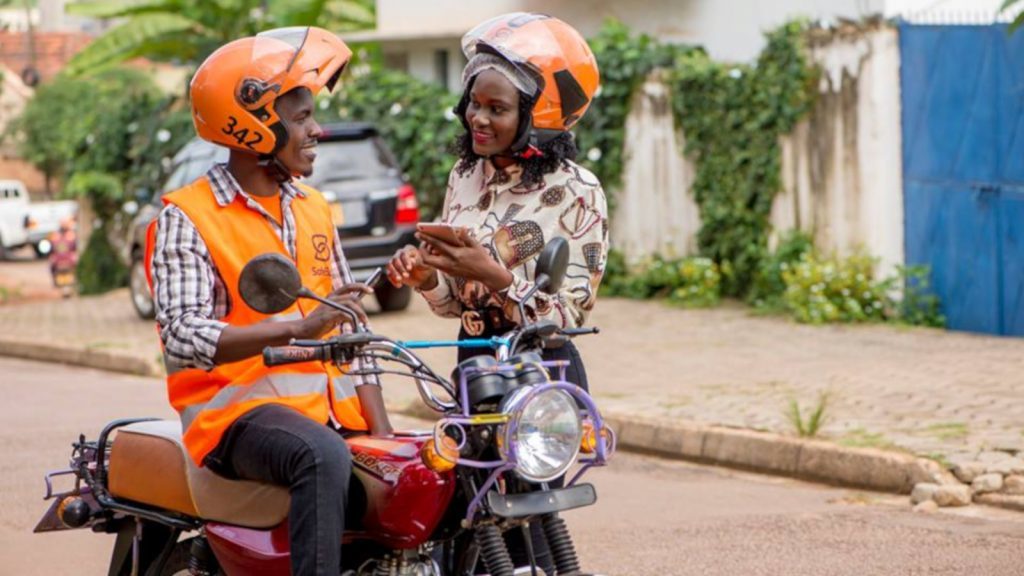 Ride-hailing app SafeBoda has reached the one million downloads milestone on Google Play Store. This is after just over 3 years since it first went live. It has since become the most popular Boda Boda hailing app in Uganda and this explains the huge number of downloads.

SafeBoda was founded in 2014 to give riders and passenger the safest travel experience on a motorbike in and around Kampala. It then hit the play store in January of 2017 and later the IOS app store in September that year.

SafeBoda is the brainchild project of Ricky Papa Thompson (the startup’s co-founder) who was a commercial Boda Boda rider himself. This was motivated after witnessing the death of a close friend in an accident in 2013. He was named in the 2018 Forbes’ 30 Most Promising Young Entrepreneurs in Africa.

Other co-founders are Maxime Dieudonne and Alastair Sussock. Dieudonne met Thomson when he was still just a Boda Boda rider with a good idea and suggested the idea of starting an app. Dieudonne then brought his friend, Alastair on board and the idea started to be developed.

The SafeBoda operations started officially in 2015, but the company would spend almost two years before they came up with the right app. For example, in the first version, there was a list of SafeBodas, and you would just have to pick the one you would want to come and get you. Another version of the app linked to a call center where they would manually dispatch a driver to the customer.

Related Article: Wishlist: 5 SafeBoda Features we would like to use

Some of the Significant Updates on SafeBoda

Through the introduction of new features, there were instabilities in the app and some bugs so SafeBoda occasionally sends out updates with bug fixes. SafeBoda also has a business option where organizations and companies can plan transportation for their teams using Safeboda. SafeBoda has also introduced campaigns like buying fuel from Shell outlets using credit.

SafeBoda officially operates in 3 countries and all these accounts for the 1 million downloads. The introduction of the option to add credit by MPESA announced SafeBoda into the Kenyan Market. For now, they predominantly operate in Nairobi.

It also expanded its base to Nigeria although because of some issues, the launch came months after its announcement. In December 2019, it finally launched in Nigeria with operations in Ibadan mainly.

Do you use SafeBoda? What do you think they need to improve on their app and service delivery? Do you see the company’s user base doubling in, say, a year or 2? Share with us in the comments section below.