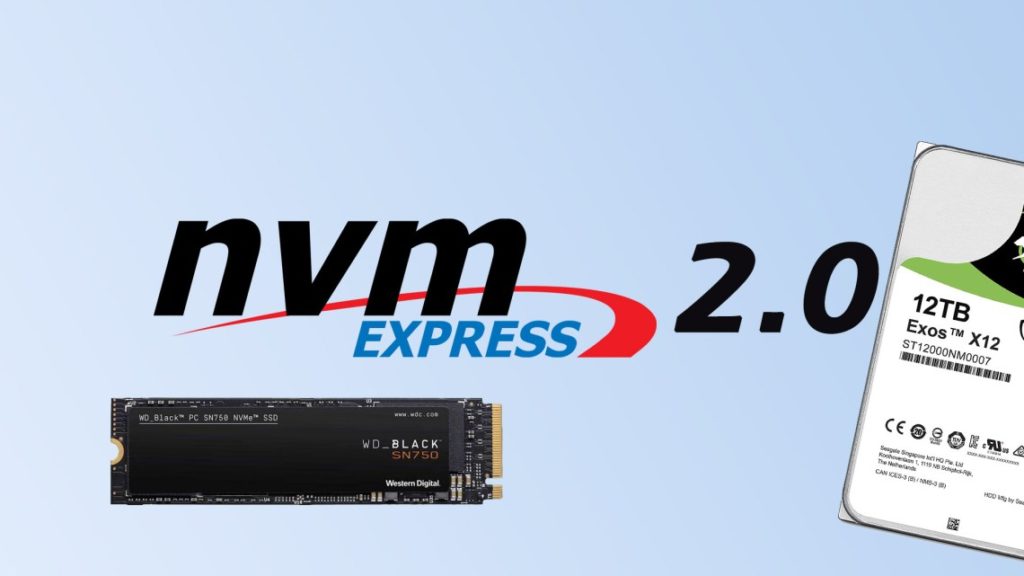 Generally, computers standards tend to get very regular revisions. How many DDR, PCI Express, or USB versions have we been through? Many, right? Now think of how many NVMe versions we have. We only have had one major NVMe Version. But now in-comes the NVMe 2.0, which has just been released.

NVMe stands for Non-Volatile Memory Express which is the protocol used by storage drives that are connected. For starters, NVMe is significantly faster than the SATA protocol employed in older drives. This is why M.2 drive manufacturers can boast with those gaudy four-figure throughput numbers.

That was just NVMe, so what does the new NVMe 2.0 protocol bring to the already superb table? The main improvement with NVMe 2.0 is something they refer to as Zoned Namespaces.

I know, Zoned Namespaces sounds like a chapter out of a forward-thinking therapy collective book. But it is actually a solution to one of the main drawbacks when it comes to SSDs. As much as SSDs are much quicker than old-school mechanical hard drives, they carry quite some inefficiency with them.

You see, the cells in an SSD will eventually wear out for good after a huge number of write operations. Now, because of that, the logic inside an SSD moves data around its cells. This is a process called wear leveling whose objective is to ensure cells wear out evenly. Otherwise, certain cells would exhaust their lifespans earlier than others.

Also, SSDs are not capable of overwriting cells, which means cell data has to be erased first which has to be done in a group of cells. Hence, any data that needs to be preserved within that group has to be copied elsewhere. For these data operations to work, the SSD has to reserve some amount of storage.

This reserved storage space is not accessible to the user and is known as over-provisioning. Now, with NVMe 2.0 ZNS this situation is alleviated. How, you ask? NVMe 2.0 Zoned Namespaces allows specific physical areas on the SSD to be reserved by programs to sequentially write data.

In the absence of these ZNS, data of a specific program would end up being scattered all over the drive. That would then require many read, copy and delete operations using lots of overprovisioned space. Essentially, ZNS means bigger drives with improved endurance at the same cost.

Programs will also receive a performance boost because SSDs do read and write sequential data quicker than they do randomized data. Larger organizations are also set to reap big benefits from ZNS. This is because when you are running many SSDs, as you would in a server farm, latency and wasted space is bad for business. There is also the direct cost of replacing worn-out drives.

Why would NVMe 2.0 support mechanical hard drives? I mean, even the most high-end of them are nowhere close to exhausting the full bandwidth of “archaic” SATA. So, what gives? It turns out recent technological advancements in the manufacturing of hard drives such as Heat Assisted Magnetic Recording (HAMR) have a lot to do with it.

That means some of the latest hard drives in the market can sustain above 500 MB/s of sequential data transfer rates. This is dangerously close to SATA-based SSDs. NVMe 2.0 offers enough bandwidth for newer mechanical drives to maximize their potential. More so, in mass storage settings where many hard drives are used where they can now share data among themselves faster.

Since NVMe 2.0 was recently released, it will take some time before we see products that support it. But in summary, we should expect cheaper and larger drives for our PCs, plus more reliable and faster access to cloud services.

Are you super excited about new tech advancements? Let us know, via the comments section below, what other new tech you’d like us to break down for you.