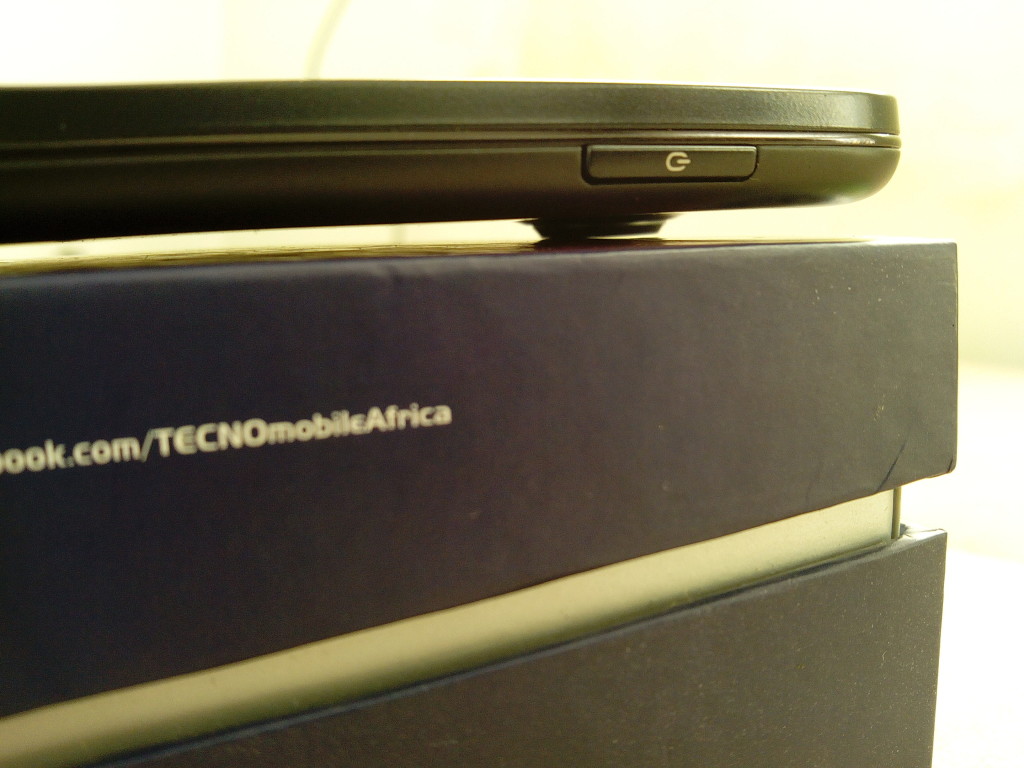 Its been one year now since I bought a Tecno phone. At the time, I owned a Samsung Galaxy S which I had paid an arm and a leg for. It was an awesome phone and I enjoyed it very much. But within a short time, my needs had changed. I needed a bigger screen, a faster processor, more memory, a better camera and battery too. The Samsung Galaxy Note was out and trust me it was the answer to all my problems except for price – I clearly couldn’t afford it.

I started looking for alternatives. I went to Google and started searching for brands that I could afford and were available in Uganda but I didn’t find much. The only option I had then was to buy a second hand phone from a top brand. Unfortunately, this is an option I had tried before without much success. One time, I saw a billboard in town advertising the Tecno Phantom A smartphone showing the specs which I must say were quite impressive. I decided to hunt down the Tecno stores and get more information about the device.

To cut the long story short, I bought my first Tecno and it was the Tecno Phantom A+. When I bought the Phantom, Tecno had a very poor perception. Many people didn’t believe that it was a phone that could last long enough. They believed that at it’s price, it was going to get spoiled and you would have to go back to the big brands who cost you an arm and a leg but would give you a phone that lasts.

I now write about my one year with the Tecno Phantom A+ that is still in good shape and working just fine. For those who didn’t read the full review, you can read it here.

I have used the Phantom for a year and here is what I liked about it plus what I didn’t like and what I want in my next Phantom.

What I liked about the Tecno Phantom A+

#Durability
My Phantom dropped a couple of times including on tarmac but all I got away with is a few scratches. The polycarbonate back that is anti-scratch and dust resistant really helped keep the device looking good. In this one year, I haven’t heard (Online or Offline) of any phantom user with a broken or cracked screen and that is a plus.

#Good Camera
This is probably one of the things I appreciate the most on the Phantom. The 8.0MP camera takes crisp pictures and video. It had a few issues like lack of image stabilization or an anti-shake feature embedded but this was fixed in later iterations of the phone. That notwithstanding, I found ways of making the best of the camera and it delivered beautiful images and video.

#Great Design
It’s not only artists who love beautiful phones; everyone does. Nobody wants an ugly phone. The Phantom is 9.1mm thin with thin bezels and rectangular form-factor with a 5” screen. It fitted well in the hand and was just big enough for both work and play. The only thing that I complained about in the review (and rightfully so) was the protruding camera and the misplaced dedicated camera button. Even though I adapted to the Camera button,  the glass protecting my camera cracked after a while. It however didn’t affect the taking of photos.

#Dual SIM
We have made so much noise about this. High end customers hated this feature while many others welcomed it. My EIC wrote an article explaining why dual SIM is relevant in emerging markets and indeed he was right. I have always found this feature helpful that instead of carrying two phones, I only carry one. I also benefited from multiple promotions of two different service providers. For instance I used one SIM slot for 3G internet and another for Voice because the 2 Networks I used had different offerings. It’s no surprise that big names like Samsung, HTC and Nokia now have dual SIM phones.

#Fast and fluid performance even after a year
Even after one year, the Phantom has remained very fast and fluid. When you buy a smartphone, it’s initially fast and everything is okay until it starts becoming slow and freezing or crashing all the time. The Phantom even after a year of very heavy usage still works like it’s just been procured. This is great because I can’t stand slow things.

#Great Customer Care and Warranty
While using the Phantom, I had a couple of issues with the device. However, to my and many other people’s surprise, all the issues that I got were all fixed for free under my 13 month functional warranty from the Tecno Carlcare centre in Kampala. This is one of the things I also like about Tecno. When I spend my hard earned money buying a phone, I don’t want to spend anything more on it that year except for data and the Phantom did just that.

#Loose Charging Port
Not everything was merry with the Phantom A+. I had some issues that were a real inconvenience. I noticed generally that most Phantom A+ smartphones had issues with the charging port becoming loose making charging very difficult. When this happened, I took the Phantom for repair two times but the issue wasn’t completely fixed. The port was still a little loose. This was a huge disappointment since charging the phone is a daily activity.

#Memory Full
1GB RAM seemed enough when I was buying the phone but it didn’t take a lot to fill it up with all kinds of apps that I actually used. By around the 6th month the phone kept on telling me that there was not enough memory to perform certain tasks. I had to delete certain apps that I wasn’t using often or transfer those that could be transferred to the SD card. At this point I knew I needed more RAM and ROM.

#Battery
The 2100 mAh battery really worked like a horse and it actually lasted a year before I had to replace it. Unfortunately on a full battery, the Phantom could take me for between 5-8 hours depending on whether I had 3G on or not. When the battery went low, I would immediately plug in the battery bank that could take me another hour or two.

What I want in my next Phantom

Tecno has proved that it can make quality phones that can actually last at a price that is affordable to many. They are working harder to keep on top of their game by releasing amazing phones like the recent Tecno F5, H7, R7 and the Phantom Z which have received some good reviews. Of late, they opened a modern shop at the Lugogo mall in Kampala to improve brand perceptions among the uptown clients. Tecno has convinced users that they are here to stay – Would you buy a Tecno phone? let us know why or why not.