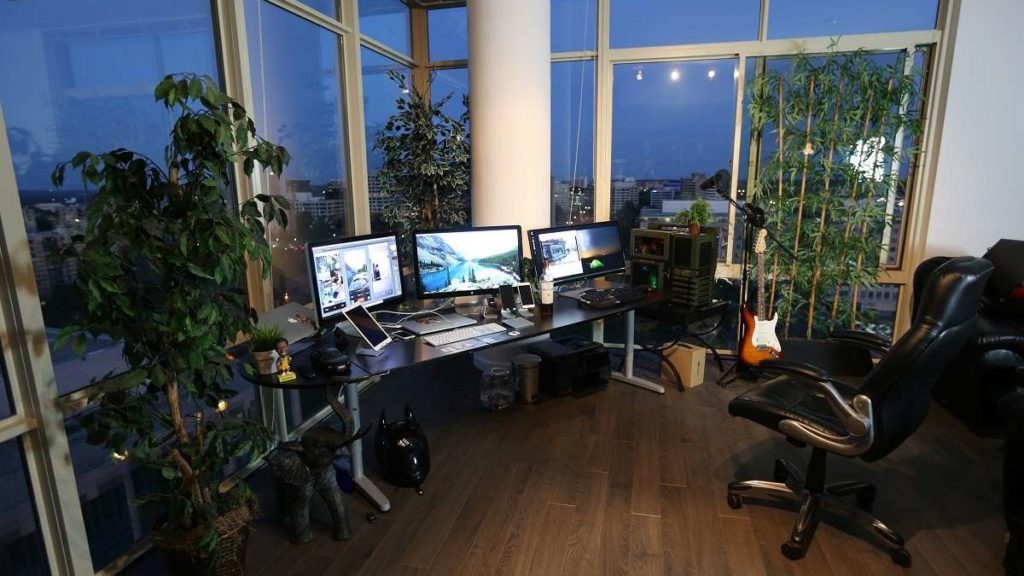 Home networking is taking centre-stage as we transition from an 8 to 5 grind to a more flexible working environment. Moreover, there’s no one-size-fits-all. Depending on your needs and resources, your home network could comprise a lone smartphone hotspot beaming to your arsenal of interconnected devices or the whole shebang.

To clarify, by this we are referring to mifis, routers, ethernet cables, wifi extenders, switches, powerlines and that’s only scratching the surface. Not even Tarzan can swing his way out of this jargon jungle all by his lonesome self.

While the idea DIY home networking initially appears daunting, the level of complexity or simplicity ultimately depends on you, the end-user. So please, feel free to cancel that Cisco networking course you just signed up for, unless you’re about that life.

In a pinch, you can create a stable wireless hotspot with your smartphone. Depending on the smartphone, it could provide fast 4G internet to up to 10 users and broadcasting on either the 2.4Ghz or the 5Ghz bands.

Despite appearances, smartphones are powerful devices you can use to create a robust wireless home network. It can just as easily connect to your devices i.e laptop, printer, scanner, smart TV, wireless storage drive, e.t.c. using readily available apps.

What most smartphone users might not be aware of is that their devices are DLNA-capable. DLNA is a standard for the interoperability between multimedia devices. Accessing this feature is just as easy as downloading a File Manager app which supports the feature. A user can transfer pictures, music, videos, or files to and fro their smartphone, laptop, storage device or TV using WLAN.

Given that they are portable in nature, a MiFi is powered by a removable battery. MiFi batteries can last anywhere between a few hours to a day. Like it’s cousin the USB dongle, a MiFi will automatically create an Adhoc Ethernet connection if plugged into a PC. The major players in this industry include Huawei and ZTE alongside other numerous Chinese no-name brands.

Both a MiFi and a USB dongle provide one of the most cost-effective ways to create a home network with minimal fuss. Mobile Network Operators sell these devices cheaply, but with a caveat. Most often than not, they are locked to the respective mobile network you bought them.

A wired home network requires a little more investment to pull off. For this reason, getting good gear might cost you a pretty penny. Top on the list are some of the following:

Routers are the mainstay of a home network. Not only that, a router is the starting point of a LAN and also WLAN. In a nutshell, this is basically everything we have been talking about up until this point. By the same token, a router doubles as both a wired and also a wireless home network at one go.

A router usually has 4 LAN ports. Throw in a few RJ45/Ethernet cables and your basic router doubles as a switch, able to connect your home devices. Furthermore, modern routers include an access point to connect WLAN devices. Thereby it negates the need to purchase an access point and a switch separately unless a further need arises.

Switches are basically extra Ethernet ports (or RJ45 ports) used to extend a wired network. In fact, switches are normally used in conjunction with routers to connect more devices to your LAN, So like Jesus and the bread, you multiply one port into many more.

As you purchase a switch, keep in mind that one port on a switch connects to a router and therefore won’t connect to a wired device. Case in point, a 4 port switch will connect 3 devices as the fourth port connects to your router.

Owing to the hands-on approach in home networking, you might have to get your hands dirty. Luckily, routers and MiFis offer a nifty user interface which gives you God Mode over the device. But to access it, you need to know your device’s IP address. Good thing is it’s not hard to reach. The IP address is usually tucked away behind the removable battery (you have to open it to see it).

Enter this IP address in a web browser (you don’t need internet for this) to modify your device settings as you see it. You can modify router, wireless, internet and home network settings. It’s also here that you can limit the number of connected devices and tweak port forwarding, filtering and firewall rules.

On a shoe-string budget, use your smartphone to create a home network. This way, you can access your devices from your smartphone, hassle-free. The more devices you have, the more you are required to level up. A home networking setup with a printer, TV, NAS drive, XBox, CCTV, set top box, e.t.c requires a more comprehensive plan. Invest in a router, preferably one that supports the latest WiFi 6 standard. You will thank me later.