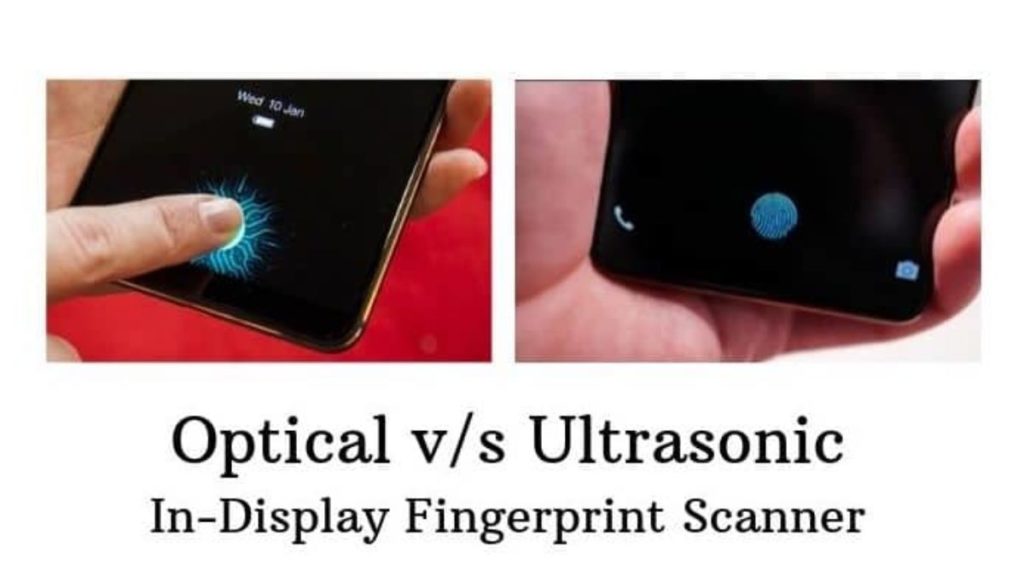 Before Apple introduced us to fingerprint unlocking with the iPhone 5S in 2013, we all relied on PIN or long passwords. The Android world rapidly embraced the trend and it soon became a must-have feature even on budget smartphones. Then came the iPhone X with Face ID to spark conflict of interest.

At the surface, they function the same but underneath, both systems and their protection are dramatically different in terms of unlocking. Let us look at each of them so you can pick what suits your usage.

How They Actually Work

The set of processes for both sensors are simple and similar. First, a light press on the screen is used to complete the fingerprint data capture during setup. The processing time on both sensors is usually the same but the function behind it is entirely different. The optical sensor captures the fingerprint’s 2D image during setup and stores the data on the device.

The screen lights up to illuminate the fingerprint when you press the screen to authenticate your identity. The fingerprint image of your screen is taken by a tiny camera behind the display. The image is then compared to the recorded image. On the other hand, as the name suggests, the ultrasonic fingerprint scanner uses very high-frequency sound.

The sound waves are used to map users’ fingerprint data. The complete kit contains a transmitter as well as a receiver. Some of the pressure of the pulse is absorbed as a user scans their finger on the glass but some of it bounces back to the sensor. The data captured is composed of ridges, pores, and other features special to each fingerprint.

Mechanical stress can be measured by the sensor via the strength of the returning ultrasonic pulse at various points on the scanner. That results in a highly detailed 3D reproduction of the scanned fingerprint. This data is used to match the existing fingerprint data captured during setup to authenticate and unlock the device.

Also Read: Why you shouldn’t use Fingerprint/Touch ID and Face ID

First, let us state the fact these in-display fingerprint scanners lag behind their physical (capacitive) counterparts. Those are mostly found at the back or side of older devices. The ultrasonic ones have an upper edge when compared to the optical. Recall the optical fingerprint scanner needs to produce an accurate 2D fingerprint image.

As a result, more pressure needs to be exerted on the display than normal. It is not disappointing but coming from a physical scanner, it might feel slow. The ultrasonic fingerprint scanner only needs pulse data and therefore only a slight touch is needed to validate the user identity. Qualcomm claims that there is a 250-millisecond delay to activate their ultrasonic scanners.

The optical scanner could get several hits or misses when it comes to accuracy. The user may have pressed less or more, and the camera may have failed to create a detailed 2D image to unlock the device. Often, the optical scanner will not function with wet fingers because the reproduced 2D image will not be as accurate with the moisture on it.

The ultrasonic scanner, on the other hand, is a little more powerful; it works very well with wet fingers. Qualcomm claims that their sensor has an error rate of around 1%, which is perfectly acceptable with today’s standards.

Also Read: Palm Unlock: Another Tech Not Worth Getting Excited About?

The optical scanner uses a 2D fingerprint image to authenticate the user which raises security issues as it can be bypassed without a lot of effort. The ultrasonic scanner only confirms the user with the detailed 3D model of the fingerprint. Which is based on pulse, ridges, and pores. It is as secure as Face ID.

Also Read: Face ID is not yet entirely secure. Here is why your brother/sister can probably unlock your phone

Which Devices Use In-Display Scanners

Because it is more of a cheaper alternative to the ultrasonic scanner, there’s a wide range of devices that rock optical scanners. Almost all Chinese smartphone manufacturers, including VIVO, Oppo, Xiaomi, OnePlus and Huawei ship their flagship phones with optical scanners. Even the Oppo, Vivo, and Samsung’s upper mid-range models integrate optical in-display scanners.

The ultrasonic fingerprint scanner only starts support with the Snapdragon 855 platform. And because it’s complicated and costly, only top of the range flagships use it. Typical examples of flagships that use ultrasonic scanners are the Samsung Galaxy S20 and Note 20 lineups.